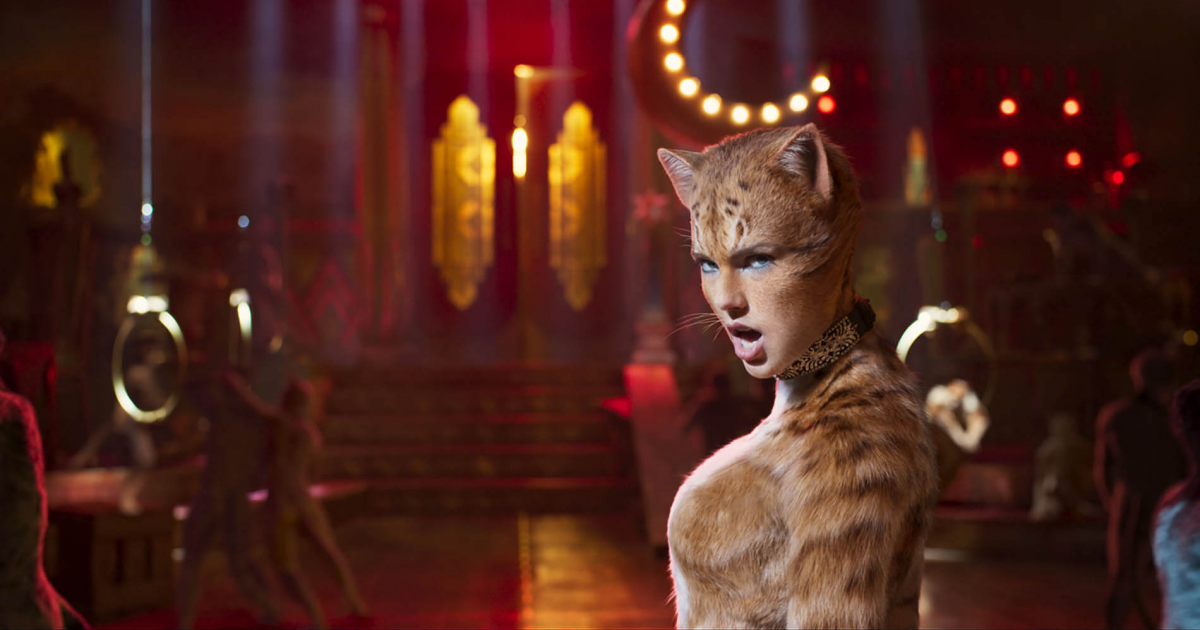 I was so looking forward to panning this movie. I mean mercilessly, with one of those no-adjectives-spared broadsides that reviewers enjoy lobbing at pictures they find especially worthless. I think anyone who reared back in horror at the disturbingly weird first trailer for Cats when it came out last summer will know this feeling.

But it turns out there’s a bit more to the movie than its baked-in silliness. (You either will or won’t roll with a film in which all of the actors are flocked with digital cat fur, except the ones in mouse or cockroach drag.) And while I’m certain I’ll never feel the need to sit through it again, I suspect there are many who’ll feel differently—after all, it took a lot of people to keep Andrew Lloyd Webber’s uber-popular musical humming along on stage for 21 years in London, and 18 years in New York, and pretty much nonstop around the world. The movie has trudgy stretches, no denying that, and there’s still not a lot of story—basically this is a procession of showcase numbers, dominated, of course, by the ineffably maudlin “Memory.”

On the other hand, James Corden, with a lick of his paw and a swipe at his whiskers, makes a jaunty song-and-dance cat called Bustopher; Ian McKellen, as a “theatre cat” named Gus, laps milk from a plate with an old-pro’s total commitment; and Taylor Swift, deploying a faint English accent and a spray-can of glittery catnip, brings some popstar energy to the role of the feline fatale Bombalurina. (Swift also cowrote a new song with Webber called “Beautiful Ghosts,” and it fits in nicely amid the older material.) Also slinking around the cobbled streets and oversized interiors are a tap-dancing cat, a top-hatted magical cat, a pair of felonious B&E cats, and a couple of cats with boobs, too—which is, OK, a little off.

Director Tom Hooper (Les Misérables, The King’s Speech) keeps his cameras prowling around relentlessly, but he can’t shake off all of the staginess left over from the original show. (An overhead view looking down at dancers scampering around a big room on a bare wooden floor might have been shot in a rehearsal hall.) But this feeling of enclosed action (on madly imaginative sets designed by Hooper’s longtime collaborator, Eve Stewart) does suggest how exciting early productions of Cats must have seemed in the malleable reality of a theatre. New York Times critic Frank Rich, reviewing the show when it opened on Broadway in 1982, wrote that it “believes in purely theatrical magic, and on that faith it unquestionably delivers.”

This is not quite the case with the movie, which at times creates the sensation of being up onstage with live performers and getting in their way. And it’s crowded up there: Along with the movie’s nominal star, Francesca Hayward—a legit English ballerina playing the abandoned cat Victoria with a wide-eyed sweetness—we also have Idris Elba, with a rakish fedora and green-glowing eyes, as the gangster cat Macavity; Rebel Wilson as the generously upholstered, roach-munching housecat Jennyanydots; Judi Dench as the purring matriarch Old Deuteronomy, who wears a real fur coat over her coat of CG fur; and Jennifer Hudson as the tragic “glamour cat” Grizabella, bringing her formidable pipes to bear on the show’s most famous song.

Cats has been made with skill and affection by people who clearly revere the old stage show (or maybe just like cats a lot). Those who feel the same will be down with this movie; those who don’t will run screaming in terror. I think you know who you are.