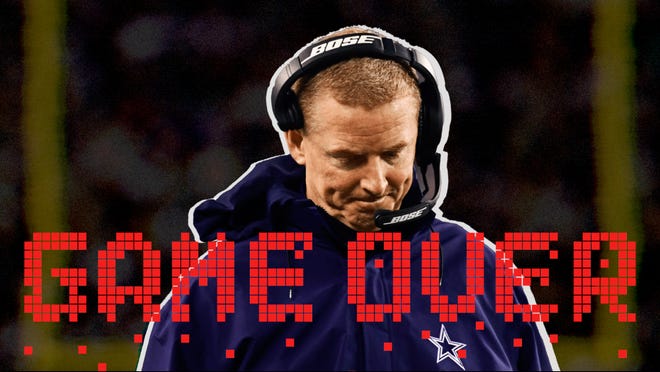 A long day for the Cowboys in Philadelphia became even longer when the team charter flight was deemed “not viable” to fly out, three people with knowledge of the situation confirmed to USA TODAY Sports. The people spoke on condition of anonymity because they were not authorized to publicly disclose the team’s travel plans.

It was just the latest source of frustration for a Cowboys team that fell 17-9 to the Eagles at Lincoln Financial Field in a game with playoff implications on the line. A win over the Eagles would have sealed Dallas’ playoff berth, NFC East title and assurance of at least a .500 season.

Instead, the Cowboys failed to proverbially find home and never reached the end zone.

For hours after the game ended, the Cowboys still struggled to reach home until a possible solution materialized. Only around 10:30 p.m. ET were coaches and players finally told their initial plane had been fixed and they would be taking off after 11 p.m., one person with knowledge of the situation said.

In the interim, players, coaches, team personnel and reporters who travel with the team waited on buses outside Lincoln Financial Field. They were told the team may travel back on a smaller plane available, leaving media and additional passengers behind. Other contingency plans included a smaller plane in Philadelphia was “ready to go” around 10:20 p.m., one person with knowledge of the situation said, but the airline had yet to find pilots for it. The team also was considering an aircraft at JFK, the person said, but team members on the bus were told it would take at least an hour and a half to get to Philadelphia.

Instead, a fix to the initial plane became the earliest solution. The Cowboys still headed home 7-8, knocked from atop the NFC East for the first time in 2019.

If you love talking football, we have the perfect spot for you. Join our Facebook Group, The Ruling Off the Field, to engage in friendly debate and conversation with fellow football fans and our NFL insiders.