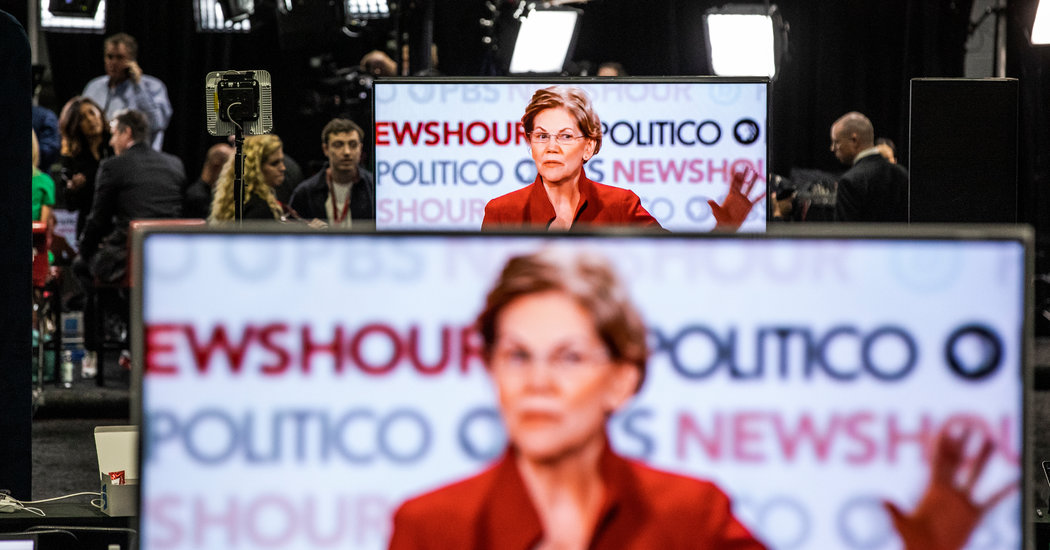 The skeptical questions for the more progressive candidates, Sanders and Warren, often challenge the substance of their ideas: Are you too radical? Are you being realistic? And, by golly, how would you pay for it all?

I recently took a detailed look through the coverage of the wealth tax, favored by both Sanders and Warren, and centrist bias seeps through much of it. The coverage has slanted negative, filled with the worries that centrists have — that the tax wouldn’t work in practice or would slow economic growth.

Experts who favor a wealth tax, like Gene Sperling, Felicia Wong and Heather Boushey, or whose academic research suggests it would work, like Lily Batchelder and David Kamin, have received less attention than experts who don’t like the idea. For that matter, the complaints of obscure billionaires have gotten more attention than the arguments of sympathetic experts. “Billionaire whining about a wealth tax,” as Ilyana Kuziemko, a Princeton economist who’s sympathetic to a wealth tax told me, mostly isn’t newsworthy.

I’m not suggesting that journalists lather the wealth tax with praise. There are real questions about it, and journalists are supposed to be skeptical. I’m also not suggesting that Sanders or Warren is necessarily the best nominee. As regular readers know, I’m a moderate on Medicare, immigration and college debt, among other subjects. John Harris, for his part, confesses to “a pretty strong bout” of centrist bias.

But maybe that’s why we recognize it and pine for more objective coverage. Not every policy question posed to Democrats needs to have a conservative assumption, and not every question posed to Republicans needs to have a liberal one. If Warren and Sanders are going to be asked whether their solutions go too far, Joe Biden should be asked whether his solutions are too timid: Mr. Vice President, many economists believe that inequality is bad for an economy, so are you doing enough to attack inequality?

Once you start thinking about centrist bias, you recognize a lot of it. It helps explain why the 2016 presidential debates focused more on the budget deficit, a topic of centrist zealotry, than climate change, almost certainly a bigger threat. (Well-funded deficit advocacy plays a role too.) Centrist bias also helps explain the credulousness of early coverage during the Iraq and Vietnam wars. Both Democrats and Republicans, after all, largely supported each war.

The world is more surprising and complicated than centrist bias imagines it to be. Sometimes, people like Bernie Sanders and Elizabeth Warren are right. Even when they’re not, they deserve the same skepticism that other politicians do — no less, no more.