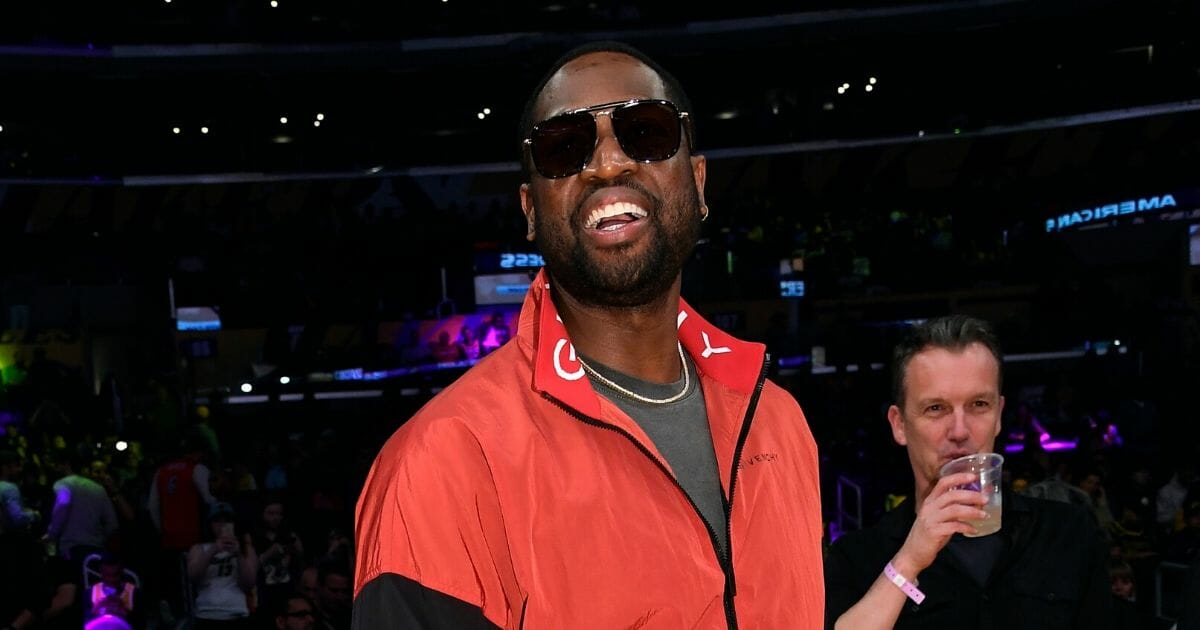 NBA star Dwyane Wade said in a recent interview that his son’s decision to transition from male to female is the “new normal.”

The former Miami Heat star spoke to the podcast “All the Smoke” about his son Zion Malachi Airamis, who is 12.

“I watched my son, from day one, become into who she now eventually come into,” he said.

He said that he and his wife, Gabrielle Union, noticed differences in Zion at age three.

Wade was irked when there was negativity after his posted a family photo on Instagram that showed Zion with long, colored nails.

“I’ve seen some post-thanksgiving hate on social about my family photo. Stupidity is apart [sic] of this world we live in — so I get it. But here’s the thing — I’ve been chosen to lead my family not y’all. So we will continue to be us and support each other with pride, love & a smile!” he tweeted later.

I’ve seen some post-thanksgiving hate on social about my family photo. Stupidity is apart of this world we live in—so i get it. But here’s the thing—I’ve been chosen to lead my family not y’all. So we will continue to be us and support each other with pride, love & a smile! ✌🏾

On the podcast, he said he was speaking for more than just his family.

“I understand that I’m speaking for a lot of people who don’t have the same voice that I have,” Wade said. “I’m speaking for so many others in the LGBTQ-plus community.”

He said that his son was a lesson for him and others.

RELATED: LGBT Anthem Protester Rapinoe Thanks Sports Illustrated for Award by Bashing It in Acceptance Speech

“First of all, you want to talk about strength and courage, my 12-year-old has way more than I have.  You can learn something from your kids,” he said.

Wade said his goal was to have his children become who they want to be.

“You want your kids to be free and living their lives. And I don’t care what you want to do from this standpoint. If you want to play a sport, then play a sport. You don’t have to be like me. Play your sport and be yourself,” he said.

“You know, whatever you want to do, it’s my job to support you and make sure that you have all the tools you need to be as happy as you can be in this world while you’re doing it. While you’re growing into the person you are, that you’re going to grow into. So, they’re not different, they’re normal. The ones that don’t understand it are the ones that are different,” he said.