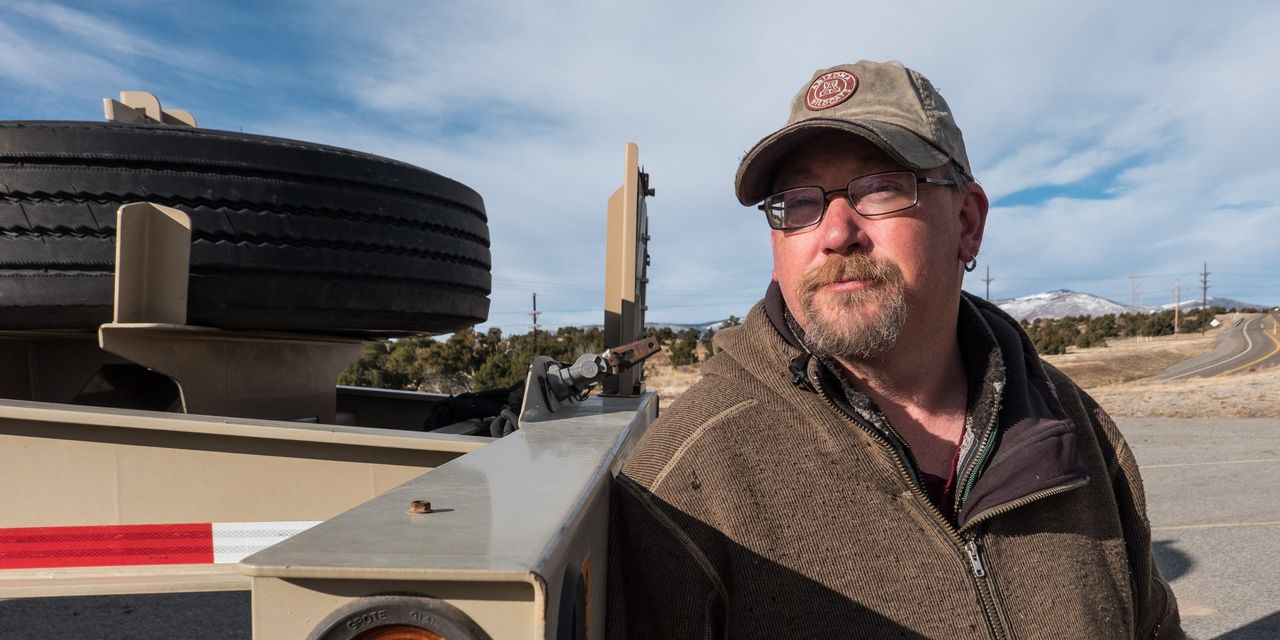 LOS ALAMOS, N.M.—Michael Colyer doubled his salary when he got into a program that trains workers to monitor toxic waste at Los Alamos National Laboratory.

Mr. Colyer, 40, has lived in the shadow of the sprawling nuclear facility most of his life, but thought a job there was out of reach because he lacked a college education. “Los Alamos is kind of like a mining town,” Mr. Colyer said. “The lab is the business here, and without a degree, it’s hard to get in.”

His break came through one of several short-term job training programs, or boot camps, launched this year in New Mexico aimed at lowering unemployment and training workers for hard-to-fill jobs, a task employers across the country have struggled with in a tight labor market.

The number of available jobs in the U.S. exceeded the number of unemployed Americans—those without jobs but actively seeking work—by 1.4 million in October, according to Labor Department data, continuing a trend that started in early 2018. That has prompted employers to be creative in filling their workforces, such as

’s busing of workers to Memphis, Tenn., in a two-hour drive from Mississippi.

Managers at private contractor N3B, which is working to clean up decades-old radioactive and chemical waste on the Los Alamos laboratory grounds, said they realized earlier this year there weren’t enough skilled workers to quickly fill openings to monitor radiation and process waste. Working with a state agency, it started two training programs to fill the positions.

“There were no homegrown initiatives that would have given us the operators we were looking for,” Dorian Newton, N3B’s director of technical services, said. “When you have human capital needs, you either grow your own talent or you have to go out and take talent from somewhere.”

N3B hired the program participants upfront, providing pay and benefits during an initial 12 weeks of classroom and on-the-job training, a far shorter period than a traditional apprenticeship. The company started the trainees at around $19 per hour, well above New Mexico’s minimum wage, which will rise in January to $9 per hour from $7.50 per hour.

Mr. Colyer worked at a hardware store before completing the training in November.

His new job involves such tasks as monitoring radioactive waste as it is being packed in containers for transport and conducting full-body checks of workers who deal with the waste, running a device along their clothes to ensure they haven’t been contaminated.

“I jumped at the opportunity,” Mr. Colyer said. “If you haven’t gotten your retirement set up and your life set up by the time you’re 40, where are you?” he said. “Now I’ve got the chance to do it and make it stick.”

The state’s unemployment rate was 4.8% in October, well above the 3.5% national rate. And the state has faced a skills gap, in part due to its 71% high-school graduation rate, the lowest in the nation.

“Given that we do lag in a lot of the educational metrics, it’s twice as important that we fill some of those [skills] gaps,” said Jeffrey Mitchell, director of the University of New Mexico Bureau of Business and Economic Research.

What skills training would be beneficial in your state? Why? Join the conversation below.

Unemployment among the state’s Native American population is particularly acute. Census data show the unemployment rate in the state’s nearly two-dozen tribal areas between 2013 and 2017 was almost double the statewide average.

New Mexico in 2018 had the second highest poverty rate among states at 19.5%, according to Census Bureau figures.

“We are trying to think of a new rhythm for how workforce and business development happens that’s going to be a lot more flexible,” said Bill McCamley, who leads the Workforce Solutions Department. He said he hopes the initiative, which so far has trained around 50 people, generates more awareness of work-based learning programs among the state’s employers.

Jessica Bustos, 30, said doing N3B’s training has made her more optimistic that she will be able to buy a home and start a family with her husband. She previously worked at an eye doctor’s office in a role where she saw little room for advancement.

Working at the lab “is more of a career. It’s a better steppingstone,” Ms. Bustos said.

Pesco, an oil and gas equipment manufacturer in Farmington, ran a boot camp in 2018 to fill open positions, but this year it worked with the state, allowing it to pay and attract people who couldn’t afford to do an unpaid program.

Latrissa Martin, 30, liked that Pesco’s program put her on a fast track to a job. She had been working toward a two-year associate degree in welding, but suspended her studies when she gave birth to a son earlier this year.

“Not having to graduate from college to get into the [Pesco] program was definitely something I wanted to jump into,” Ms. Martin said. She said she makes $15 per hour welding platforms for heavy equipment and hopes to attain a position that pays even more.

Amanda Bergson-Shilcock, senior fellow at the National Skills Coalition, said short-term training programs customized to employers’ specific needs have gained popularity as the labor market has tightened, along with traditional apprenticeships, which typically take one to six years to complete.