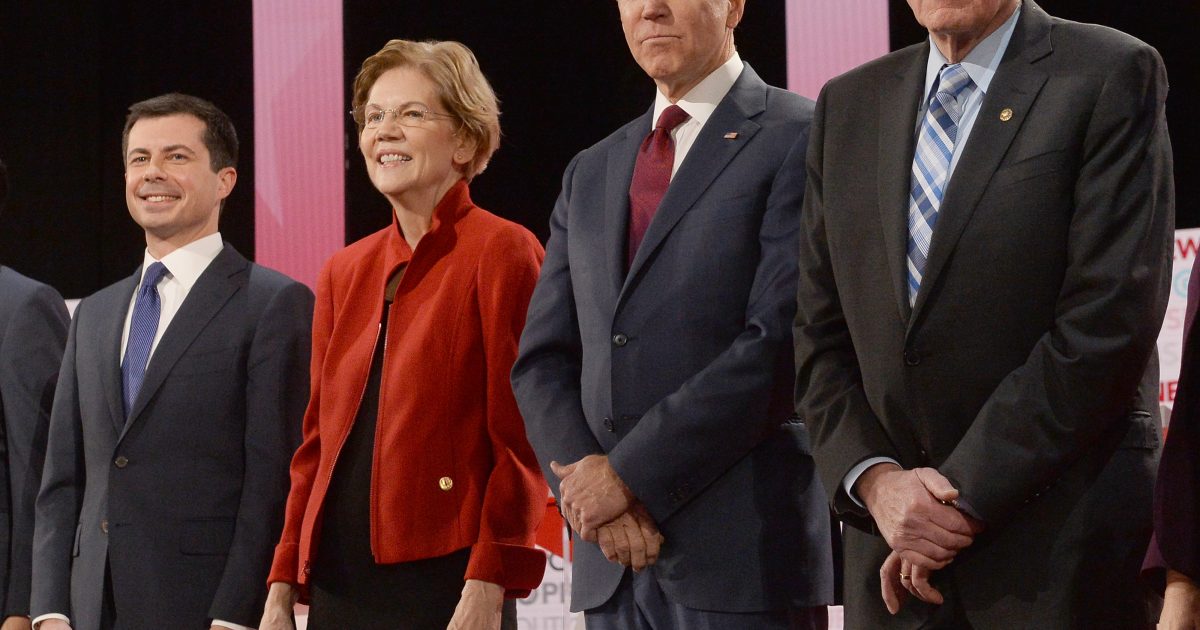 President Barack Obama signed an executive order to close the detention facility at Guantanamo Bay on the first day of his presidency. Over a decade later, at tonight’s debate, the candidates looking to become the next Democratic presidential nominee were asked whether they would also commit to close the facility.

“It’s time to close this detention facility. It not only costs us money, it’s an international embarrassment,” said Warren. “We have to be an America that lives our values every day.”

“You have to have congressional authority to do it,” said Biden, as an explanation for why the Obama-Biden administration couldn’t get the job done. He conceded it was “an advertisement for creating terror” but then quickly pivoted to his thoughts on the Israeli-Palestinian conflict.

The answer is classic Biden, a politician who—as Reason‘s Eric Boehm has reported—is eager to embrace any politically-convenient middle ground, regardless of how damaging that middle ground might be to civil liberties.

It is true that Congress has passed, and Obama had signed, legislation barring the transfer of Guantanamo detainees to the U.S. for trial. That legislation itself might be an unconstitutional restriction on the president’s authority, the logic being that the president, as commander in chief, has the power to transfer military detainees at Guantanamo wherever he might wish.

That Biden was so quick to wave away questions about closing the facility—which still holds some 40 detainees, and requires expensive infrastructure fixes to keep it habitable—suggests that he wouldn’t be so eager to push for congressional approval of closing Guantanamo if elected.

Indeed, the fact that tonight’s debate moderators asked only Warren and Biden about Guantanamo Bay before moving on to other issues suggests that debate watchers and voters don’t care all that much about shutting down one of the worst excesses of the still-ongoing war on terror.