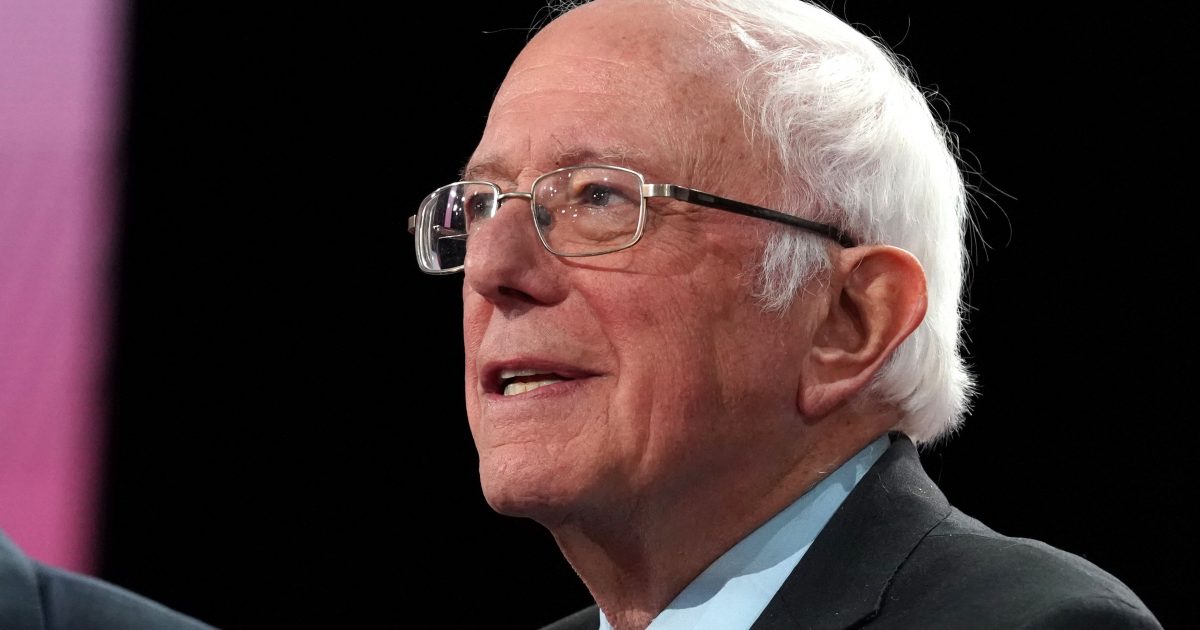 In the opening moments of Thursday’s Democratic presidential debate, Sen. Bernie Sanders (I–Vt.) announced that he would not vote for the United States-Mexico-Canada Agreement (USMCA) because it would not solve climate change and would not prevent American companies from investing in factories overseas.

His answer should leave observers wondering if there are any circumstances under which a President Bernie Sanders would sign a trade deal.

Indeed, Sanders wears his opposition to trade like a badge of honor. As he often does, he bragged on Thursday night about his vote against the North American Free Trade Agreement (NAFTA) in 1994. He said the USMCA—which cleared the House earlier Tuesday with bipartisan support after President Donald Trump struck a deal with House Speaker Nancy Pelosi (D–Calif.)—makes “some modest improvement” over NAFTA, but not enough to earn his vote.

“It is not going to stop outsourcing. It is not going to stop corporations from moving to Mexico,” he said from the debate stage at Loyola Marymount University. “What we need is a trade policy that stands up for workers, stands up for farmers—and, by the way, the word “climate change” to the best of my knowledge is not discussed in this new NAFTA agreement at all, which is an outrage.”

There is plenty to dislike in the USMCA, which is a step backward in terms of free trade. It imposes additional rules on how goods flow across North American borders, aims to make it more expensive for American companies to export jobs to Mexico, and includes a sunset provision that means it could expire without explicit action by future governments. The deal has been endorsed by the AFL-CIO, a coalition of labor unions that almost never supports trade deals.

In short, a Republican president has delivered a trade deal that’s largely in line with what Democrats have been seeking for decades. If that’s not enough for Sanders, then what would be?

Sen. Amy Klobuchar (D–Minn.) said she will support the USMCA when it comes before the Senate—likely early next year. Unlike Sanders, Klobuchar acknowledged a basic reality of trade: that being able to exchange goods with people and businesses in other countries is essential to America’s economy.

“Ninety-five percent of our customers are outside of our borders,” she said during the debate, adding that the newer version of the USMCA negotiated by Pelosi is “much better than the one originally proposed.”

One can quibble with her assessment of the USMCA, but Klobuchar’s response feels like it at least acknowledges the reality of a global economy, while Sanders’ suggests that he would want terrifying levels of government control over the decisions of private businesses.

Strangely, the moderators of Thursday’s debate saw fit to ask only two of the three senators about whether they would vote for the USMCA. In skipping over Sen. Elizabeth Warren (D–Mass.), they did prospective Democratic voters a serious disservice.

Warren has published a detailed trade policy paper—one that essentially promises a more competent version of the protectionism that Trump has brought to the forefront of American politics in the past two years. Warren’s plan calls for “establishing a set of standards countries must meet as a precondition for any trade agreement with America.” Those standards include enforcement of collective bargaining, elimination of domestic fossil fuel subsidies, and a long-term plan to reduce carbon emissions—rules so strict that they effectively disqualify any developing country from reaching a trade deal with the United States.

But that’s all theoretical. It would have been useful and instructive to see how Warren would assess an actual trade deal that she will actually have to vote on in the near future. It’s sorely disappointing that she was not put on the spot.