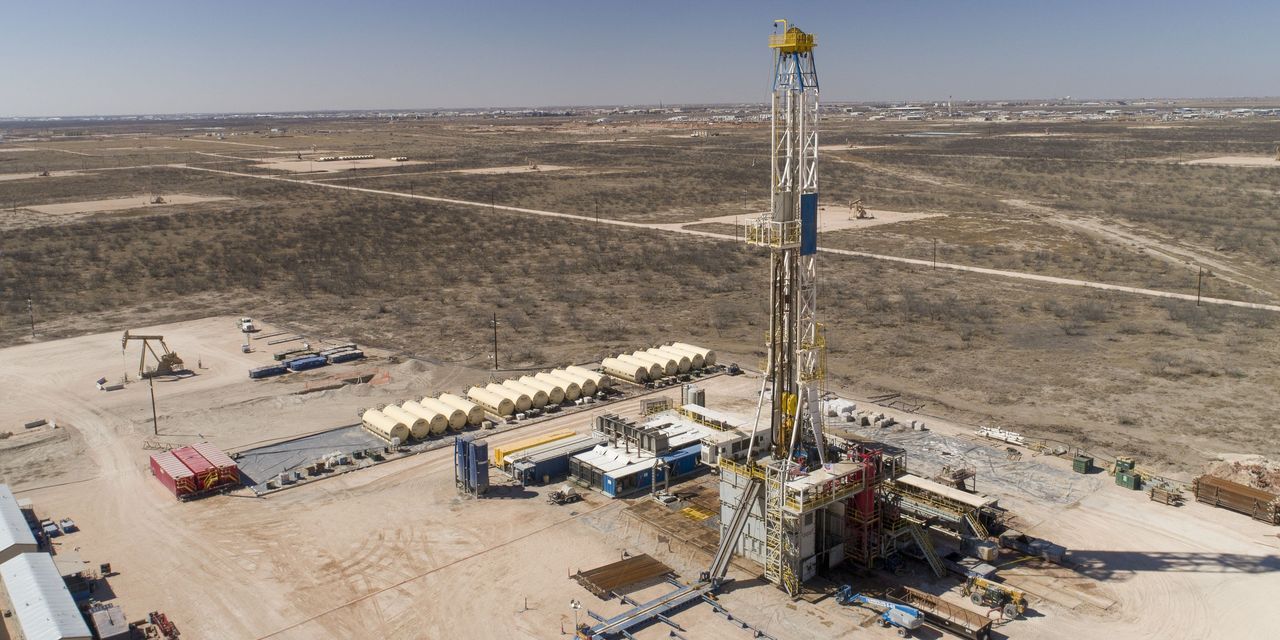 Some of the banks that helped fuel the fracking boom are beginning to question the industry’s fundamentals, as many shale wells produce less than companies forecast.

Banks have begun to tighten requirements on revolving lines of credit, an essential lifeline for smaller companies, as these institutions revise estimates on the value of some shale reserves held as collateral for loans to producers, according to people familiar with the matter.

Some large financial institutions, including

The tightening financial pressure on shale producers is one of the reasons many are facing a reckoning going into next year.

said Dec. 10 that it plans to take a charge of $10 billion to $11 billion, roughly half of it tied to shale gas assets, which it said won’t be profitable soon.

PLC said Friday it will take a roughly $2 billion impairment, and other companies are expected to follow suit in writing down assets, according to analysts and industry executives.

The heat is greatest for small and midsize shale producers, including many whose wells aren’t producing as much oil and gas as they had projected to lenders and investors. Some of those companies may be forced out of business, said Clark Sackschewsky, the managing principal of accounting firm BDO’s Houston tax practice. Large companies are likely to weather the blow because of their size and global asset diversity, but for some smaller shale operators, tightening access to bank loans could prove disastrous.

“We’ve got another year under our belts with the onshore fracking assets, which includes less than optimistic reserves results, less production than anticipated, a reduction in capital investment into the market,” Mr. Sackschewsky said.

Oil and gas producers expect banks to cut their revolving lines of credit by 10% as a result of the reviews, according to a survey of companies by the law firm Haynes & Boone LLP. The cuts may be more severe, say some people familiar with the reviews.

Banks have extended billions of dollars of reserve-backed loans, though the exact size of the market isn’t known. JPMorgan said in a regulatory filing in September that it has exposure to $44 billion in oil and gas loans, and

said in October it has extended more than $3 billion in oil and gas loans. It wasn’t clear for either bank what proportion of those are backed by reserves.

Meanwhile, some regional banks have begun writing off bad energy loans. Net charge-offs shot up at

in the last quarter. The Ohio-based lender attributed the move primarily to two energy loans where the borrowers’ production had not met expectations, Huntington Chief Executive Officer Stephen Steinour said in an interview.

“Geology and the assumptions were just flawed,” Mr. Steinour said.

Many investors have lost faith in the viability of shale drillers, as natural-gas prices stayed low and many companies broke promises on how much their wells would produce and when they would begin to turn a profit.

As investors have retreated, cracks have begun to show. Energy companies accounted for more than 90% of defaults on corporate debt in the third quarter, according to Moody’s Investors Service. There were more than 30 oil-company bankruptcies in 2019, exceeding the number in 2018 and 2017. Exploration and production companies are now carrying more than $100 billion in debt, according to Haynes & Boone.

Skepticism among banks has grown in part because lenders have more closely scrutinized public well data on production and seen that it is falling short of forecasts, as a Wall Street Journal analysis showed earlier this year.

Specifically, banks have begun questioning shale producers’ predictions about their wells’ initial rate of decline, which are proving overly optimistic, according to engineers. If shale wells, which produce rapidly early and then taper off, are declining faster than predicted, questions arise regarding how much they will ultimately produce.

What do you think tightened credit requirements mean for the shale industry as a whole? Join the conversation below.

Some lenders have flagged publicly that they will be less generous with loans in the future. “With respect to any new energy loans, we are highly cautious; it’s a very high bar we must clear,” said

CEO of Cadence Bank, in an October call with analysts. The firm operates in Texas and the southeastern U.S.

Bank lending has slowed across the board in the country’s hottest drilling region, the Permian basin in West Texas and New Mexico. After leading Texas last year, loan growth in the region shrunk to 4.8,% below the state’s 7.5% average in the last quarter, the Federal Reserve Bank of Dallas said Thursday.

More than a decade into the shale boom, investors are trying to wrap their arms around the true value of producers’ assets, said Michelle Foss, an energy fellow at Rice University’s Baker Institute for Public Policy.

“There is a struggle now for investors to determine what things are actually worth,” Ms. Foss said.

Dwindling access to bank loans will put more pressure on an industry that has already lost access to other sources of money. Without new cash infusions, many companies may be unable to drill their undeveloped reserves, which could further diminish the value of their assets.

Some shale companies have been lobbying the Securities and Exchange Commission to change its rules governing reserves reporting, allowing them to count undeveloped assets as reserves for a longer period. The SEC currently allows oil and gas producers to report reserves as “proved” if the companies plan to develop them within five years.

In an August letter to the SEC,

one of the largest shale companies, pushed for the regulator to extend that period to 10 years. The company, founded by the billionaire prospector Harold Hamm, said its proved reserves would be around 16% higher with such a rule change.

Write to Christopher M. Matthews at christopher.matthews@wsj.com, Bradley Olson at Bradley.Olson@wsj.com and Allison Prang at allison.prang@wsj.com