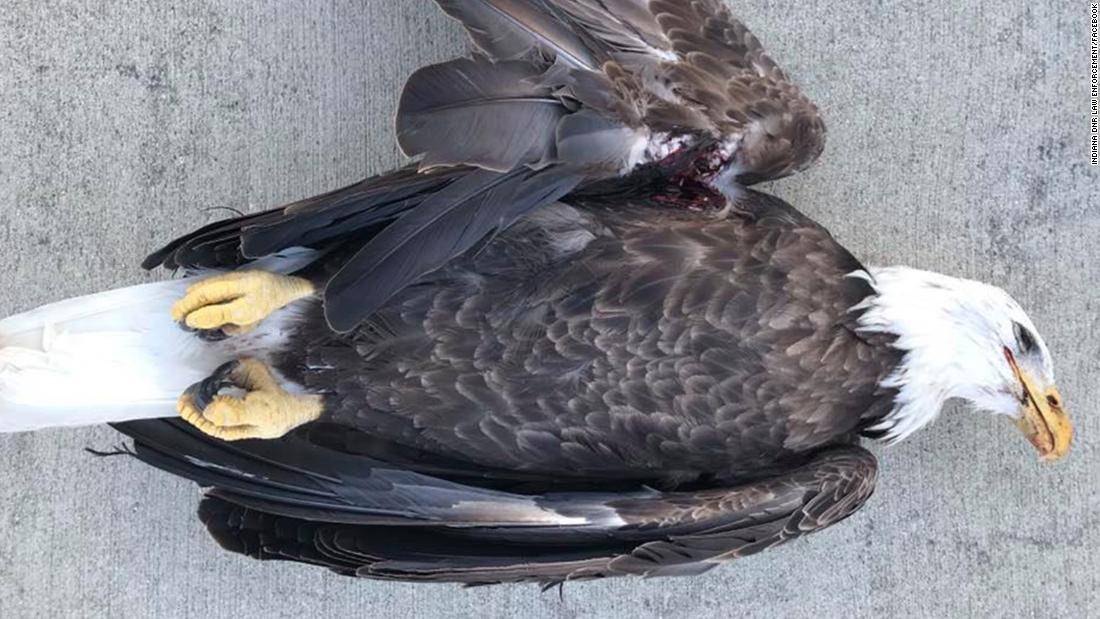 The eagle was found south of the White River near Dixie Highway in Bedford with a gunshot wound, the Indiana Department of Natural Resources Law Enforcement said in a Facebook post Sunday. It later died as a result of the injury.

In the post, conservation officers put out a call for tips and asked that anyone with information contact them.

For those wishing to remain anonymous, the agency has a Turn In a Poacher (TIP) line that accepts tips about illegal fish and wildlife captures, violations and killings.

The standard TIP reward for information that leads to an arrest is $200.

The bald eagle is the national bird of the United States. Once endangered by hunting, pesticides and lead poisoning, it was removed from endangered animal lists in 2007 but is still protected under federal law, along with state and municipal laws.
The Bald and Golden Eagle Protection Act, established in 1940, prohibits possessing, selling or hunting bald eagles.
Category: News
Tag: CNN