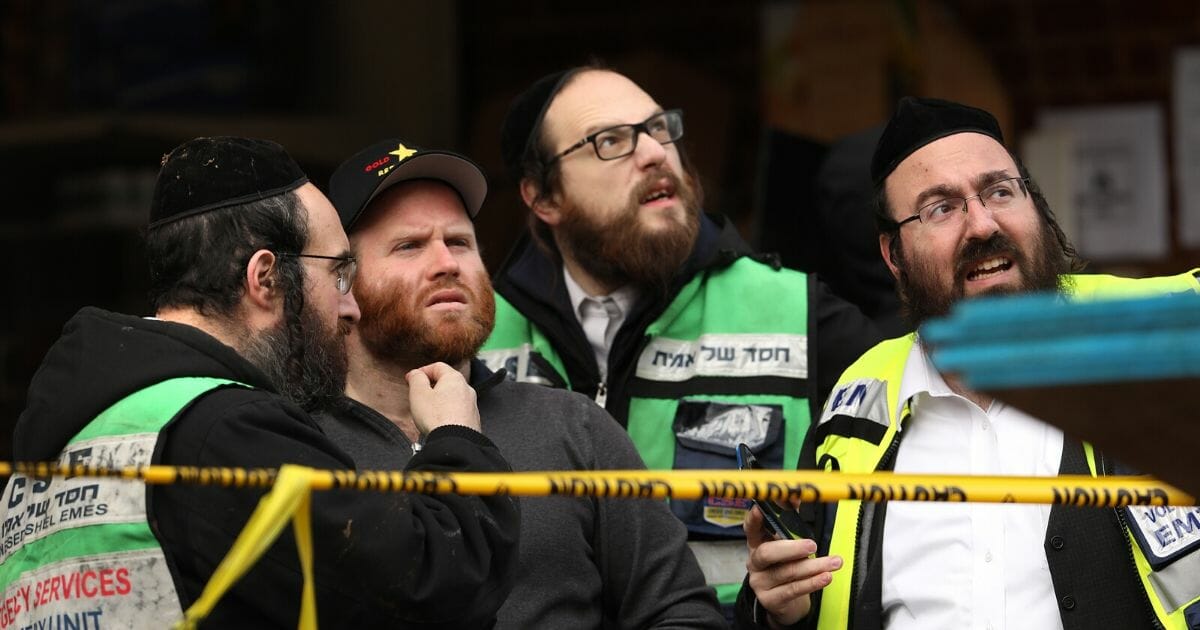 As the horrific shooting in Jersey City shows, anti-Semitism is very much alive in America.

Despite the best efforts of normal society to stamp out this pervasive hate, the targeted violence against Jews appears across the spectrum — from white supremacists to the black supremacists alleged to be behind the New Jersey shooting.

The New Yorker’s attempt at “untangling the hate” in the Jersey City shooting fell flat as the publication seemed to question whether it was the Jews’ own fault the shooting happened.

A “dispatch” from the magazine published Dec. 11 asked a provocative question about the crime in a photo caption.

“Did an influx of Hasidic residents in the Greenville neighborhood spur two assailants to embark on a shooting spree that left six people dead?” the caption read.

This headline from the New Yorker’s daily email. Blame the victim much? If only those Hasidic Jews had stayed where they belonged, I guess? Has @NewYorker issued an apology (I know that at least my spouse sent an upset email; I would hope she was not the only one)? pic.twitter.com/kiakUb16VO

While The New Yorker appears to have “stealth-edited” the article to replace the caption with an anodyne comment, the original can still be found here.

The updated article, however, isn’t much better.

“Some residents have complained about the insularity and new influence of the Hasidic community over the local real-estate market,” it read.

Should the New Yorker issue an apology?

“The Hasidic community, meanwhile, has chafed at local politicians who told them their new shul was violating zoning laws. The shul sits next to the site of the shooting.”

Wow. Complaints that Jews flooded into the neighborhood and now seemingly run a cabal in the real estate market.

This appears to touch on a common anti-Semitic trope: that Jews nefariously operate at the highest levels in entertainment, politics and finance — and, apparently, the real estate market of a New Jersey neighborhood.

While anti-Semitism is nowhere near the levels it was in the 1930s and 1940s, that doesn’t mean there aren’t very public figures who still promote it.

Linda Sarsour, a campaign surrogate for Bernie Sanders, has used her time in the public eye to compare the existence of Israel to white supremacy.

This is the same public figure who previously said that her fellow Muslims shouldn’t “humanize” Israelis.

While the New Yorker article skirts around anything overtly anti-Semitic, even hinting that the Hasidic Jews of Jersey City are to blame for the attack on their own community is shocking.

The shooting in New Jersey is still being investigated by police, but the alleged shooters are thought to hold black supremacist beliefs — part of which is a rabid hatred of Israel and the Jewish people.

Although all the details of the shootout and killings are not known yet, it appears that this shooting was done with the intent to kill Jews.