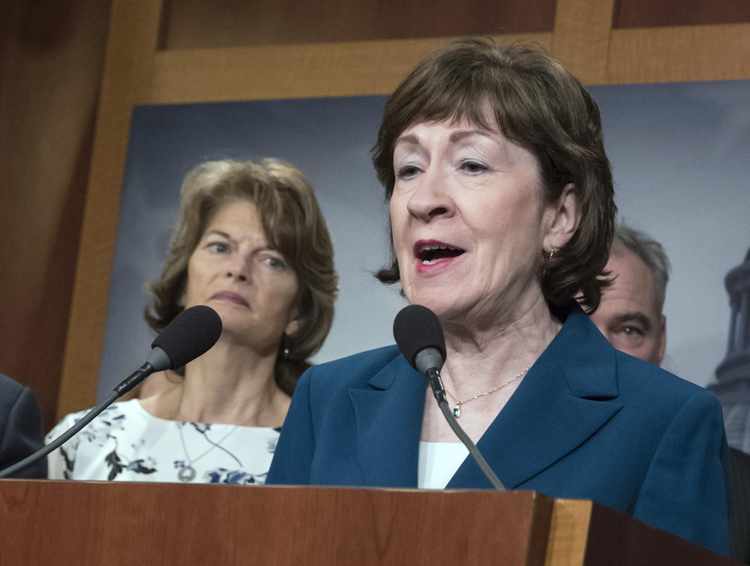 In the 2003 thriller “Runaway Jury,” a gun manufacturer must defend itself against charges stemming from a workplace shooting. It’s a riveting film that pits Dustin Hoffman as the plaintiff’s attorney against Gene Hackman, whose character has been hired by the defense, not as their attorney but as a jury consultant. His job is to stack the jurors’ box with people sympathetic to his client’s cause.

The movie concedes that determining who serves on a jury, a process known as voir dire, is often more important than the facts of the case. Through voir dire, attorneys from both sides can eliminate potential jurors they perceive to have bias. The remaining jury pool, in theory, should be as impartial as possible, a right provided by the Sixth Amendment.

So now my question: How would this work for President Trump’s eventual trial in the Senate? Of the 100 senators, which ones would be eliminated by attorneys like those in “Runaway Jury” and which would remain to decide our president’s fate?

Based on my analysis, the remaining jury would consist of only 12 Senate jurors.  Seventy-one senators intend to run for reelection in states where their partisan advantage is large enough to make the general election uncompetitive, meaning their political lives depend upon demonstrating enough party loyalty to withstand a challenge in their primary. Fifty-five senators have plainly arrived at their own conclusions before the trial has even begun, making statements steadfastly defending the president, or calling for his immediate removal. Some have sent fundraising emails communicating their views, while others have made explicit public statements. For example, Sen. Amy Klobuchar, a moderate Democrat from a swing state, said, “This president has not been putting America in front of his own personal interests. When he made that call to the head of Ukraine, he’s digging up dirt on an opponent. That’s illegal conduct.”

Yet our Constitution allows for all 100 senators to vote in an impeachment trial. Conviction requires votes from 67 based upon a high standard. The president “shall be removed from Office,” states Article II, Section 4, “on Impeachment for, and Conviction of, Treason, Bribery, or other high Crimes and Misdemeanors.”

Our founders understood that, during impeachment, Congress would be asked to make a political judgment as well as a legal finding. In Federalist 65, Alexander Hamilton wrote, “[T]here will always be the greatest danger that the decision will be regulated more by the comparative strength of parties, than by the real demonstrations of innocence or guilt.” The Senate was chosen to determine the verdict because, given their six-year terms and the fact that they were at the time appointed rather than elected, Hamilton believed senators would “feel confidence enough in [their] own situation, to preserve, unawed and uninfluenced, the necessary impartiality between an individual accused, and the representatives of the people, his accusers.”

Why, at this perilous moment in our national history, do we find ourselves with only a dozen senators who meet the Hamilton-envisioned body of impartial stewards of our nation? Why do we seem set to turn what was once the “world’s greatest deliberative body” into an arena for partisan grandstanding?

The reason, and every member of Congress knows it even if the media pretends not to, is that the political system has been rigged to reward partisanship and division, rather than collaboration and reason. The 88 senators who would be disqualified from this jury are not bad people. For the most part, they are good men and women who want to keep their jobs. They are responding to bad incentives. In most states, a senator’s electoral fate is determined by base voters in a party primary and by obscene levels of funding from extreme ideologues and special interests. These legislators have little reason to risk upsetting their base by “speaking the truth” (the literal meaning of the Latin etymological roots of “voir dire”).

Changing our legislative culture requires reforms such as term limits, open primaries, ranked-choice voting, and new campaign finance rules, which collectively would reconfigure American politics to reward the type of objective stewardship envisioned by our nation’s founders. Instead, knowing that our Constitution does not permit the elimination of even blatantly biased senators from the impeachment jury, America is bracing itself for a show trial with two juries running away in opposite directions.

Neal Simon, a Maryland business executive and 2018 independent candidate for U.S. Senate, is the author of the forthcoming book “The Contract to Unite America” (RealClear Publishing).