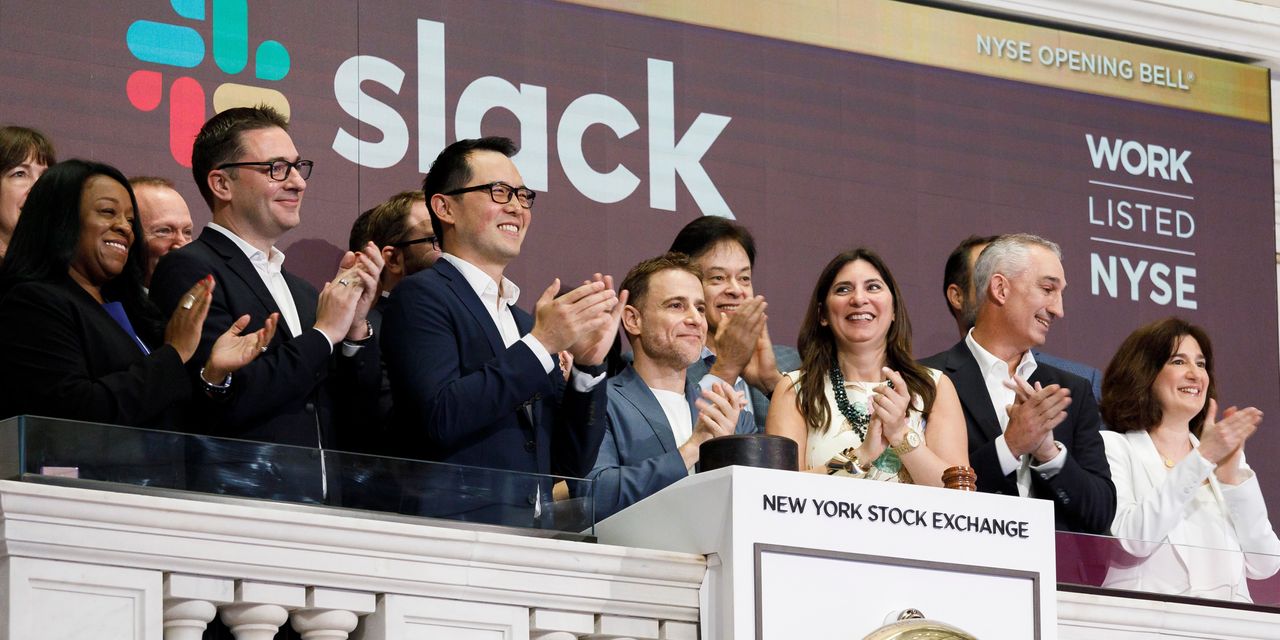 The Securities and Exchange Commission is investigating the listings of

and other major companies on the New York Stock Exchange, in a probe looking at how trading was handled on the first day, people familiar with the situation said.

SEC enforcement staff have recently sent letters including one seeking information from electronic-trading firm Citadel Securities LLC related to how it opened Slack’s stock for trading on June 20 in the workplace-messaging app’s so-called direct listing, the people said. It also seeks information on other initial public offerings.

Regulators asked Citadel Securities for messages such as emails sent just before the stocks opened for trading, as well as its policies for complying with NYSE rules, some of the people said. GTS, another trading firm, received a similar request, they added.

How do you think the IPOs of Slack and other unicorns were handled on the first day of trading? Join the conversation below.

“The direct listing of Slack was a tremendous success for the company, its shareholders and our nation’s capital markets,” a Citadel Securities spokesman said.

“From our vantage point, we stand firmly behind the integrity and transparency of the listing and pricing process on this important transaction.”

The SEC is probing IPOs over the past several years of other so-called unicorns, companies known for achieving high valuations while private, the people said.

“NYSE places a premium on transparency, fair access and robust price discovery in helping companies access the public markets,” said a spokesman for the exchange, a unit of

Slack’s debut represented a new breed of public offering. The workplace-messaging company went public via a direct listing, in which a company lets its shares float on an exchange without hiring banks as underwriters like in a standard IPO. Banks do play a more-limited role as advisers, helping guide buyers and sellers to an opening price.

also used the process to debut on NYSE last year.

Direct listings allow companies to save on underwriting fees and bypass some restrictions that come with IPOs, such as limits on promoting the stock to the public and avoiding some lockups that prevent insiders from selling for a certain period.

But they are only feasible for a relatively small number of cash-rich companies because under current exchange rules, the process can’t be used to raise new capital.

In both the Spotify and Slack deals,

acted as financial advisers while Citadel Securities was named the designated market maker, or DMM.

Often called specialists, DMMs agree to ensure smooth trading in shares of NYSE-listed companies, especially in IPOs and at the daily openings and closings of stocks. Under the exchange’s rules for direct listings, the DMM must consult with the financial adviser to open the stock in a “fair and orderly” way.

On the morning a company goes public, DMMs release price ranges called indications that show where they expect the stock to open at a given moment.

The DMM’s lead trader for the deal shouts out the indications to a crowd of brokers on NYSE’s floor and the numbers are also broadcast over electronic data feeds whose content is regulated by the SEC and seen by traders around the country.

The day Slack went public, some floor brokers felt Citadel Securities’ initial indications were too low and didn’t reflect accurate supply and demand for the stock, according to people familiar with that day’s events.

NYSE floor brokers have complained for years that banks working on big IPOs push DMMs to issue indications that are too low while taking unnecessarily long to open the stocks. That could allow banks to poach clients from rivals over the course of the morning, because the banks may be able to privately give mutual funds and other investors a more accurate indication of the opening price, current and former floor brokers said.

Due to such concerns, floor brokers at Slack’s direct listing alerted NYSE’s in-house regulatory unit, people familiar with the day’s events said. Their complaints may have fueled the SEC’s inquiries into direct listings and other IPOs.

Others familiar with the IPO process dismiss the floor brokers’ concerns and say it is normal for indications to begin well below the price where a stock will eventually open, or for the stock to take a long time to begin trading. That can reflect robust demand for the new shares in question, these people say.

Trading data shows that at 10:18 a.m. Eastern time on June 20, Citadel Securities indicated that Slack would open between $30 and $34. Just over half an hour later, the firm adjusted its indication to a range of $32 to $34.

Following a half-dozen more adjustments, the stock opened at $38.50, in a giant trade shortly after noon in which $1.75 billion worth of Slack shares changed hands. The stock has since fallen, closing Friday at $21.51.