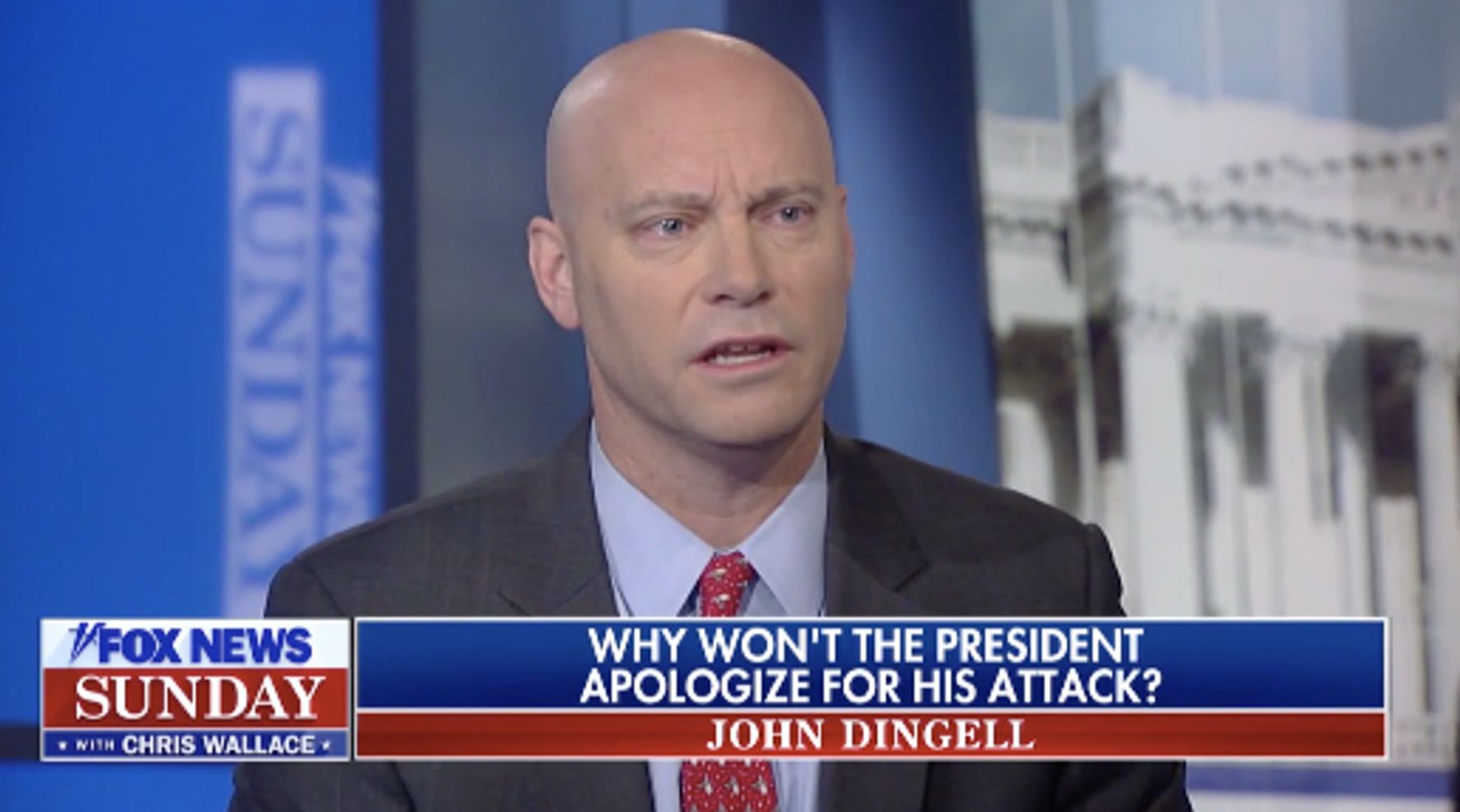 During an appearance on “Fox News Sunday,” Short was asked why Trump won’t apologize for his remarks mocking Rep. Debbie Dingell (D-Mich.) and implying her late husband was “looking up” from hell at a rally he held in their home state on Wednesday.

“I’m sorry that she’s hurting and I’m sorry ― and I certainly hope that, you know, wish her the best as she deals with the circumstances,” Short told host Chris Wallace, adding that the Trump administration “respects” the Dingells’ service to the country.

Short went on to say that John Dingell, who died in February at the age of 92, was “not exactly a wallflower” and had made “a lot of critical comments” about Trump, including calling him “an imbecile.”

“Yet [Trump] took time to call Debbie Dingell to express his personal condolences on the passing,” Short said. “I think at the time, in the moment, the president is feeling, you know, in the midst of the impeachment vote that that was something that came up in his rally speech.”

Trump’s comments targeting the Dingells drew swift backlash from Democrats and some Republicans. At least two House Republicans from Michigan ― Reps. Fred Upton and Paul Mitchell ― called on the president to apologize for his remarks.

But there’s no sign the president is considering an apology. Asked about Trump’s remarks Thursday, White House press secretary Stephanie Grisham told ABC News that the president is a “counter-puncher” and that he was “just riffing on some things” at the rally.

Debbie Dingell, appearing after Short on “Fox News Sunday,” said Trump’s comments about her late husband at the rally “kicked me in the stomach.”

“It was a politicization of something that didn’t need to be,” she said.

Dingell said she remains grateful that Trump called her after her husband died and told her he planned to lower the flags in his honor.

“He was kind and empathetic, and it meant a lot to somebody who was hurting and loved her husband,” she said.

Wallace noted that Debbie Dingell voted to impeach Trump, despite the president doing “something nice” in honor of her late husband.

“Those are two different issues for me,” she said. “We have to learn in our country that you can disagree agreeably. I understand that this impeachment was a very personal issue to him but I think there are lines you don’t cross. And I think he crossed a line there.”

She added that she neither needs nor wants an apology from Trump.

“What I do want is for people to take a deep breath and think that their words have consequences and that they can hurt,” she said. “The rhetoric in this country has turned so ugly, vitriolic and bullying ― it’s not OK.”

Congresswoman Debbie Dingell (D-MI) responds to President Trump’s attack on her late husband. She calls for more civility in political discourse: “We have to learn in our country that you have to disagree agreeably.” “#FNS #FoxNews pic.twitter.com/91ZnDEnjO0