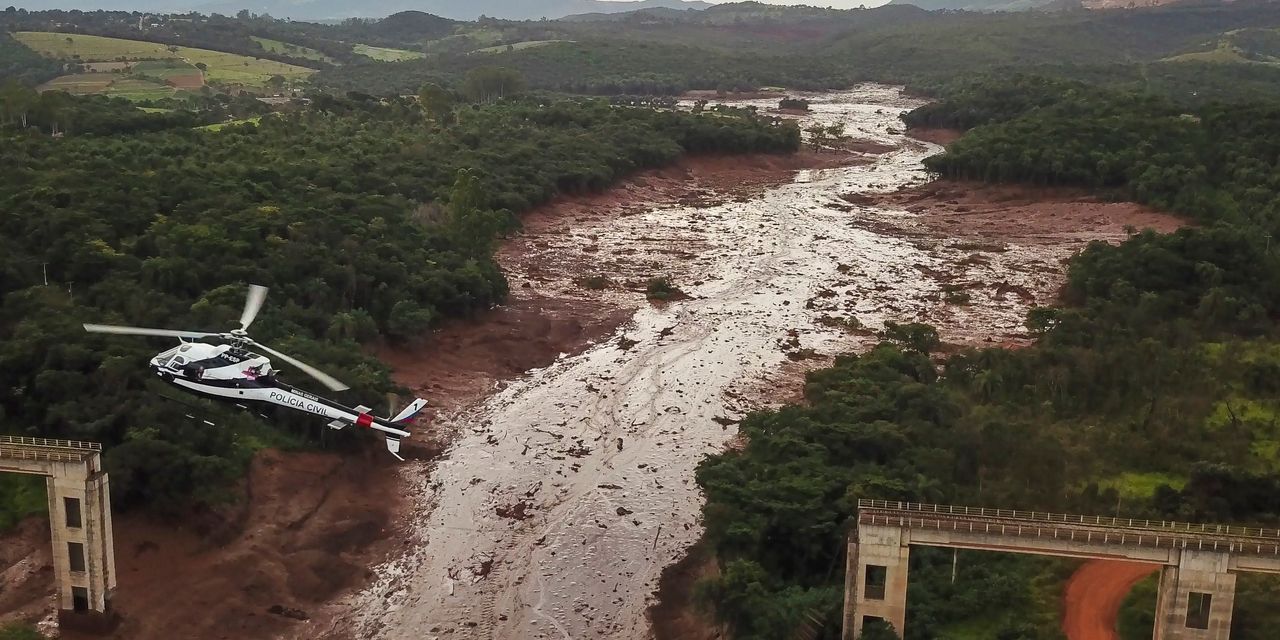 Companies have traditionally held waste—mixtures of mud, rock and water, known as tailings—behind dams near their mines. However, that practice has come under intense scrutiny following the January collapse of a dam in Brazil owned by

which killed 270 people, and another deadly spill four years earlier at an operation jointly owned by

and Vale in the country.

Techniques investigated by mining companies include waste stacked in big, dry mounds; new additives to thicken waste and make it more stable; and experiments with high-powered magnets that can sort ore without water.

The companies hope to develop a technology that makes storing waste less dangerous. One goal is to prevent liquefaction, a process whereby seemingly solid materials suddenly behave like liquids, which occurred during some of the worst recent accidents, including the dam spills in Brazil. So far, none of the new techniques being considered are widely used.

Two years ago, in Chile’s northern Atacama Desert, BHP and partners tested a plant that they hoped would lessen the problem of waste. The plant used equipment that filtered mine waste from water so that it could be stored as dry piles. The technique has been used at small mining operations, such as the La Coipa mine in Chile, which is owned by

and currently inactive. However, BHP wanted to know if it could be used at high-production mines known as “super pits,” such as its Escondida site in Chile.

The results were disappointing. While technically feasible, the plant wasn’t reliable enough and the volumes of processed waste missed expectations.

“Upon trial completion, the internal decision was made not to progress,” a BHP spokesman said. Still, the company said it would use information gleaned during the trial to determine whether technical hurdles could be overcome in time.

Estimates on how many tailings dams exist globally vary. According to the Global Tailings Review—established by groups including the United Nations Environment Programme—there are more than 3,500 active dams. But that figure may underestimate the number of dams and doesn’t include the thousands no longer in use, other experts say.

Many mining companies have long relied on upstream dams, which involve piling tailings like a stairway. The design is among the simplest and least expensive, but it is also seen by experts as the most prone to failure.

How does one make mining cleaner? Join the conversation below.

Upstream dam structures are built from the same mining waste they are designed to restrain. Unlike other dam types, upstream structures mainly depend on the actual waste, or tailings, for their stability, rather than contain it behind an engineered structure.

An independent report that followed the 2014 collapse of

’s Mount Polley tailings dam in Canada recommended that miners adopt technology to remove water from their waste before storing it. The report said there were no major technical hurdles in the way of doing so.

In addition to safety, advantages can include conservation of water and a reduced risk of groundwater contamination.

A year ago, Vale bought New Steel from investment fund Hankoe FIP for $500 million to secure a technology that can separate low-grade ore using magnets. The method, which doesn’t require water, isn’t ready for a large-scale trial, Vale said.

Not everyone is convinced that dry stacking waste is currently a workable solution.

an environmental risk manager in Maine who studies accidents at mining dams, thinks the technical hurdles are significant because of the low grades of ore that companies are digging up. Some components of the process don’t work at high altitudes, where many mines sit, and others are only effective for small volumes.

“I call it the dry-stack myth,” Ms. Bowker said. “And I am trying, as a community environmentalist, to get people to stop demanding it.”

Mining companies have promised to publish a new standard for handling waste by early next year, recognizing investors could lose faith with an industry seen as slow to change. They also fear regulators taking longer to approve projects.

plans to offer a $20 million prize pool next year to find a technology that can eliminate mine waste. The initiative is backed by

PLC and BHP, among others.

Many companies also have high hopes for precision mining, which shares similarities with keyhole surgery, as new technologies promise to unlock narrow veins of metals with little or no waste.

But adoption could be slow, as global miners and investors have touted the benefits of super pits in recent years, said

a research program leader at CSIRO, Australia’s national science agency. “Everybody understands moving a lot of rock,” he said.

Write to Rhiannon Hoyle at rhiannon.hoyle@wsj.com