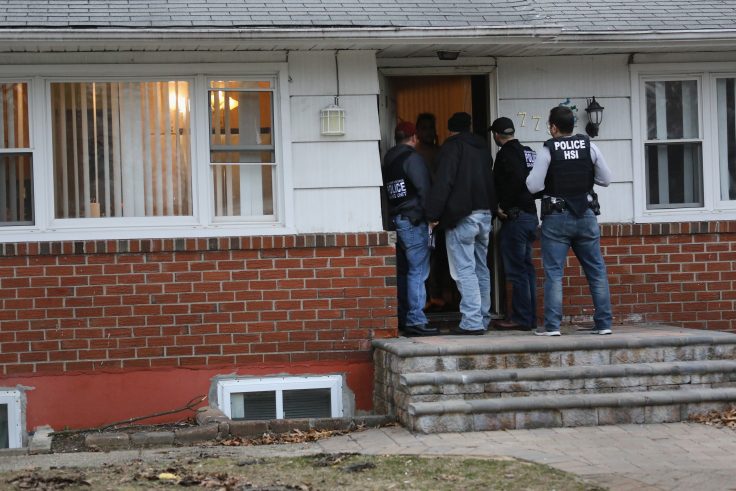 Ninety-six gang members will face criminal charges in the largest decimation of the gang in New York state history, ABC News reports. The charges are the result of a two-year investigation coordinated among several agencies.

President Donald Trump has referred to MS-13 as “animals” and called for harsher immigration laws to combat the flow of the gang’s members into the country. Trump visited Suffolk County to address gang violence in the opening months of his presidency and returned again in 2018 for a briefing from local leaders on how best to stem its growth.

“We’re here today to discuss the menace of MS-13, a ruthless gang that has violated our borders and transformed our once peaceful neighborhoods into blood-stained fields,” Trump said during the July 2017 visit.

“They kidnap, they extort, they rape, and they rob. They prey on children, they shouldn’t be here,” Trump said. “It’s time for every member of MS-13 to be in fear. Look over their shoulder. Look in their rear view mirror, because ICE and its partners are coming hard, and we’re coming strong.”

The MS-13 gang, originally formed in California, has been at the center of a series of brutal crimes in the area. Police say they suspect the gang’s involvement in at least 25 killings in the past three years alone.

Critics of Trump, such as Speaker of the House Nancy Pelosi (D., Calif.), spoke out against Trump’s characterization of MS-13 members as “animals.”

“Calling people animals is not a good thing,” Pelosi said, adding that “we are all God’s children.”

In 2017, almost 300 members of the gang were arrested across the nation in “Operation: Raging Bull,” a similarly extensive law enforcement effort against the gang. The U.S. Immigration and Customs Enforcement agency spearheaded the effort, as a significant number of the arrestees were in the country illegally.

“New York will not tolerate the monstrous acts and fear that MS-13 has brought to our communities, and by focusing on educating and protecting our young residents, we are furthering our efforts to drive out these violent criminals,” Cuomo said.