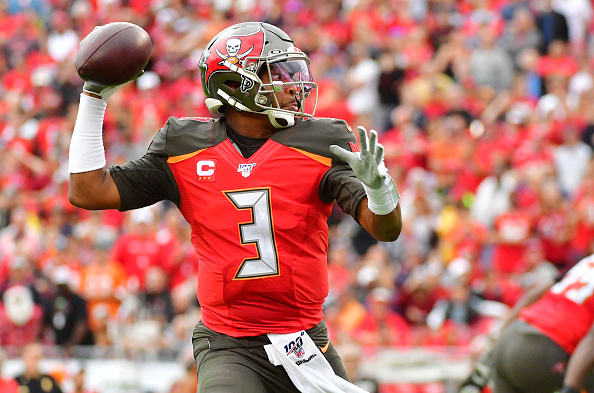 Tampa Bay Buccaneers quarterback Jameis Winston has a chance to accomplish something no quarterback has ever accomplished in the National Football League. He’s just two passes from becoming the league’s first 30-30 member.

That would be 30 touchdown passes and 30 interceptions in the same season.

With his four interceptions and one touchdown in Saturday’s 23-20 home loss to the Houston Texans, Winston now has 31 touchdown passes and 28 interceptions. Should he throw two more interceptions in Week 17 against the Atlanta Falcons, then Winston can become the exclusive, sole member of a 30-30 club.

Winston wasted no time throwing an interception Saturday at Raymond James Stadium, as he was picked off by Houston’s Bradley Roby, who returned it 27 yards for a touchdown just 38 seconds into the game. Winston threw another interception on the next Buccaneers drive, and another during the first half.

Bucs coach Bruce Arian said his team can’t have five turnovers in one game, and that Winston has to be better at directing the offense with playmakers on the outside.

Tampa Bay (7-8) had won four-consecutive games heading into Saturday’s showdown with Houston (10-5), which clinched the AFC South with the win.

He also has more interceptions than any year in his career. According to NFL Research, Winston’s high interception rate in 2019 is already in a league of its own. Here are some data points on Winston’s picks:

Winston threw two interceptions against the Atlanta Falcons when they played last month in a 35-22 win for the Buccaneers. Should he match that next Sunday, he’ll be in a club all his own.