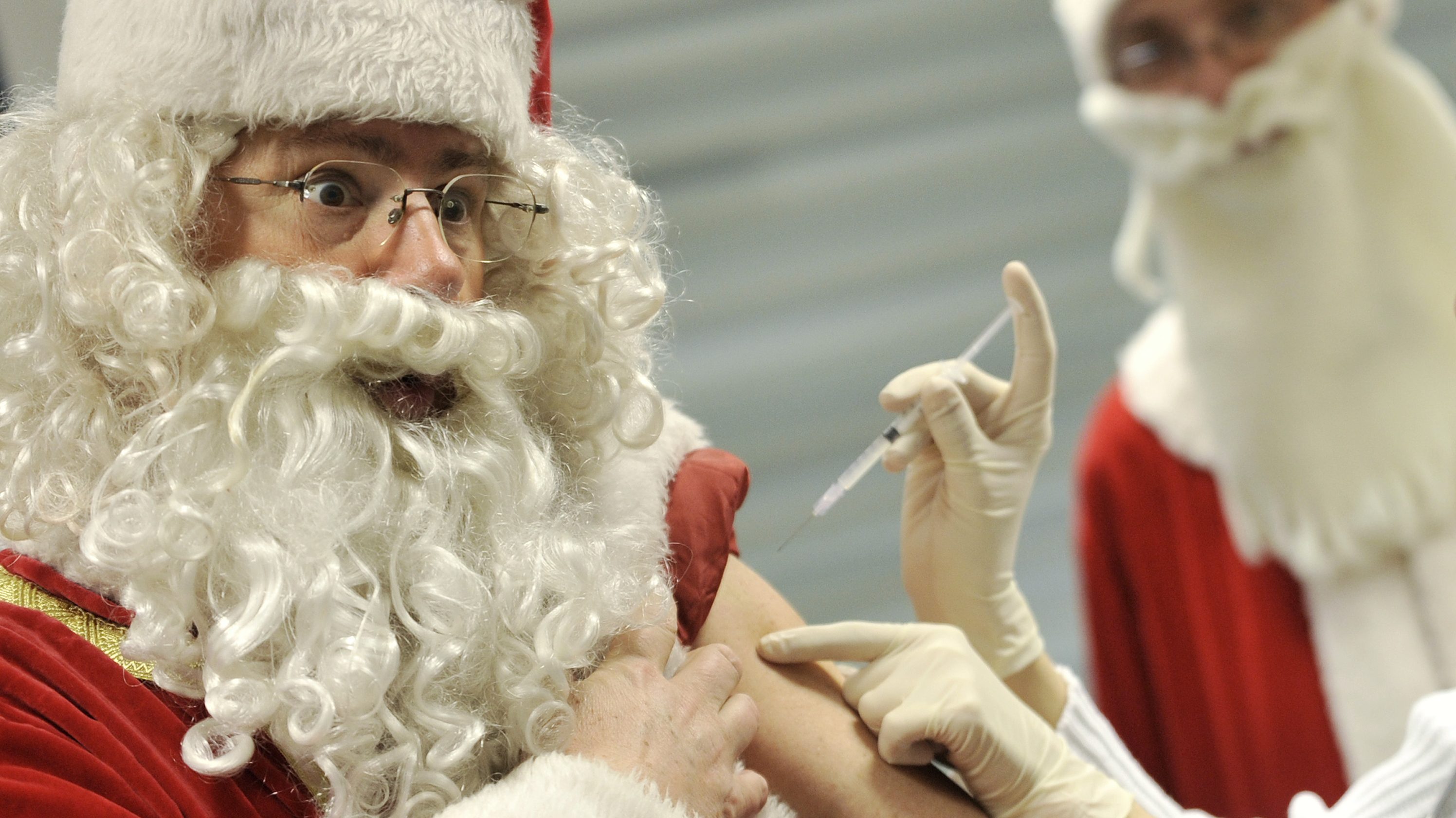 Data from the US Centers for Disease Control show that flu activity around the holiday season this year is substantially higher than it was at the same time last year.

The CDC collects weekly data on reported cases of flu-like activity. It categorizes levels on a scale of 1 to 10. Level 1 signifies that levels are lower than they typically are on average when it isn’t flu season (which typically peaks around October and February in the northern hemisphere), 2 is less than one standard deviation away from the mean, 3 is less than two standard deviations away, all the way up through 10.

This year, cases of the flu ramped up sooner than they did last year. So far, the organization estimates that there have been 3.7 million flu cases, including 1,900 deaths. Public health officials believe this could be due to a variation of virus strain. Instead of being an “A” virus, which we typically think of as the pandemic-causing strains, this flu season seems to be spread by “B” virus, which mutates more slowly. It’s still highly contagious, however, and causes the same slew of nasty—and potentially life-threatening—symptoms, particularly among those who are older, children, and people with weakened immune systems.

“Typically, you see influenza A as the early wave of the flu, and influenza B starts to show up at the end of the spring,” Aaron Milstone, a pediatrician at Johns Hopkins University School of Medicine, told USA Today. “This year, it just flip-flopped.”

What this means for the overall trajectory of the flu season is unclear. But given the higher levels of flu activity now, you’d be well advised to get your flu shot—especially with upcoming travel that risks spreading the virus to others. Even though the flu vaccine can’t entirely prevent you from getting sick, it can ease the symptoms of the virus.