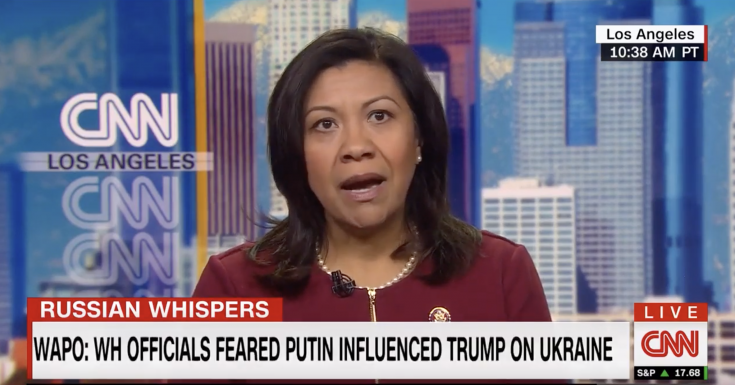 Rep. Norma Torres (D., Calif.) said on Friday that Russian president Vladimir Putin has compromising information on President Donald Trump but provided no evidence when pressed about it.

CNN anchor Brianna Keilar asked Torres why Trump has appeared to side with Putin and believe Ukraine intervened in the 2016 election.

“You said you think that Putin may have something, meaning compromising information, kompromat, as it’s said in Russia, on President Trump? Do you have proof of that? Is there something specific that you’re thinking of when you say that?” Keilar asked.

Torres offered no evidence for her claim but argued it is the only explanation.