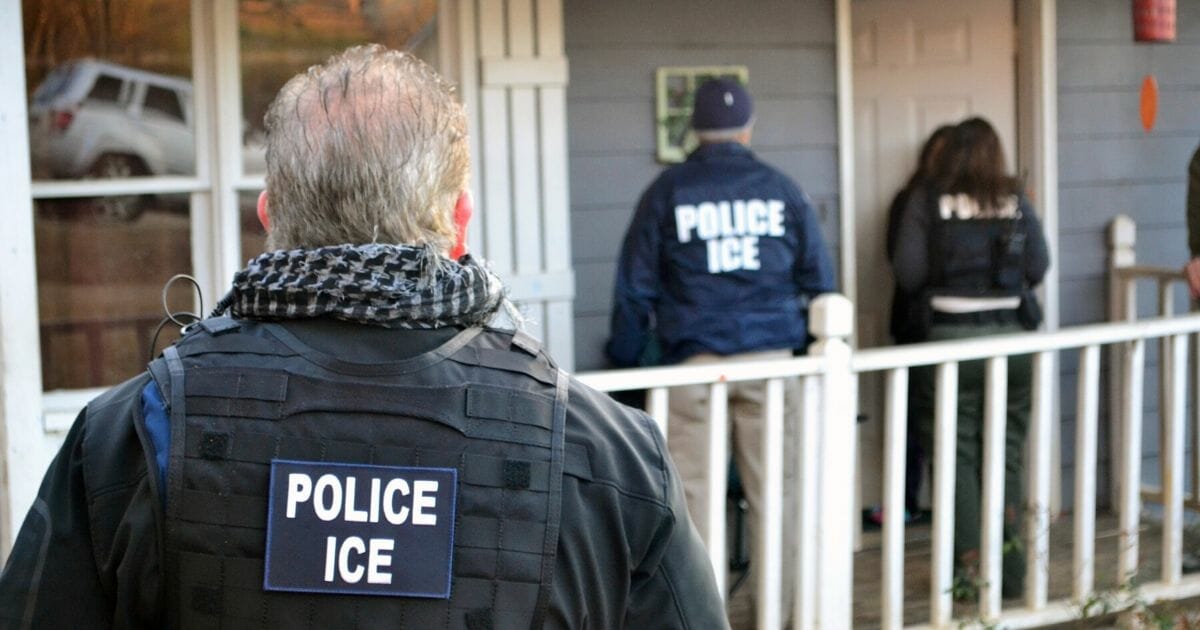 Boston’s leadership has thrown Immigration and Customs Enforcement agents under the bus, abandoning them in some of the most dangerous areas of a city riddled with gang violence.

Democratic Mayor Marty Walsh officially signed the pro-illegal immigrant act into law on Thursday, according to WBUR. The law specifies what local law enforcement is and isn’t allowed to do when interacting with ICE agents.

As part of the new mandate, city officers will have to be trained on the new requirements.

While the new law does allow the Boston Police Department to cooperate with ICE when it comes to criminal investigations involving trafficking, smuggling and other high-profile crimes, it’s what the BPD is prevented from doing that makes it so dangerous.

ICE agents looking to only enforce immigration crimes are on their own.

Under the law, the BPD is not allowed to assist or provide information to ICE agents looking for those who have violated U.S. immigration law but not committed other crimes.

Good information, of course, is often an officer’s best tool — and now it’s something that ICE will likely be stripped of.

ICE agents going into a potentially dangerous area will now have less access to information from Boston police officers, who will largely be prohibited by law from assisting.

Cops patrolling the same neighborhoods every day get a sense for what is normal and what is not. They connect with the people who live there, and are often aware when something is amiss simply by observing.

Will this law endanger ICE agents?

Now, ICE officers will be deprived of that vital information when enforcing immigration law.

There are few cities where this could have been a worse decision.

The BPD’s gang database lists around 160 documented gangs, a mind-boggling number that underscores the type of environment ICE officers are walking into practically unaided.

ICE officers have frequently been demonized by the left, and this separation from local law enforcement in Boston only further isolates them at a time when they need all the support they can get.

While immigration enforcement officials are far from incompetent, not having access to relevant and trustworthy information is virtually guaranteed to make their jobs tougher and more dangerous.

It will take time to see the full damage this law will cause, particularly the effect it will have on ICE agents’ enforcement of U.S. immigration law.