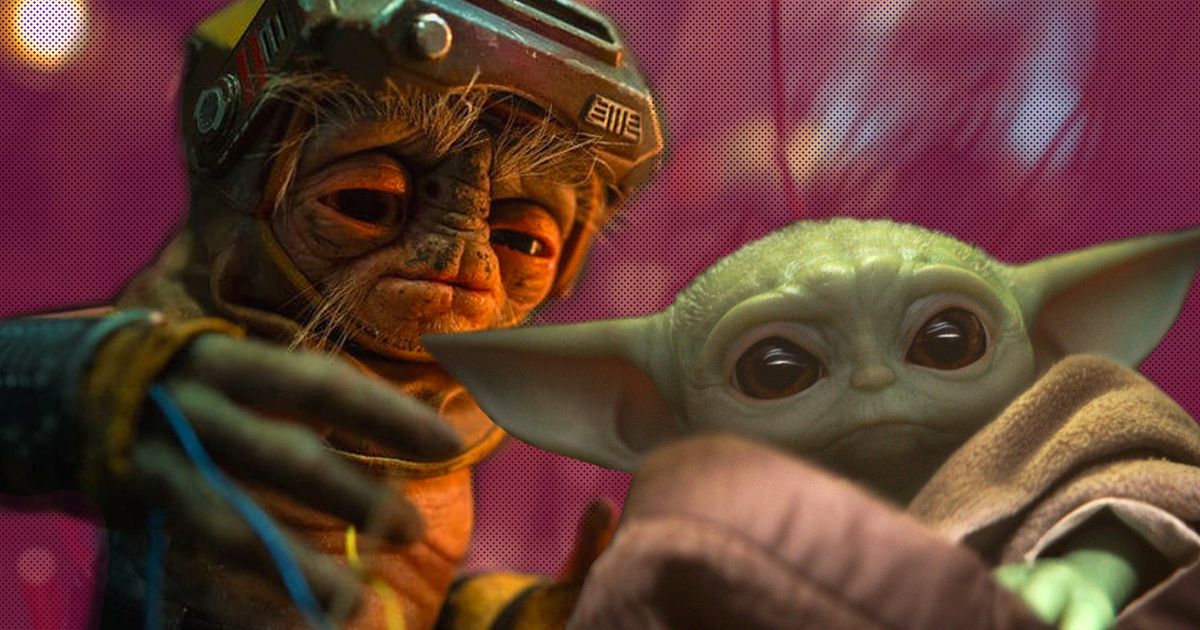 It’s the question Star Wars fans are asking themselves as The Rise of Skywalker and its breakout star Babu Frik wash over the galaxy. A tiny droidsmith with expertise in engineering and a propensity for smuggling, Babu is a gem, an angel, the kind of blessing we’re lucky to witness once in a century. He warms our hearts, puts smiles on our faces, and makes all the exhausting shenanigans seem worth multiple TROS viewings.

In a post-Skywalker world, we’re struggling to decide whom to stan: The Child or The Babu?

But The Mandalorian delivered us a similarly pure being earlier this year in the form of Baby Yoda — and therein lies the dilemma.

To be clear, no one is saying Baby Yoda is now somehow “bad,” at least not seriously. Baby is still precious, still powerful, still marching around on those widdle feet. But in a post-Skywalker world, we’re struggling to decide whom to stan: The Child or The Babu?

It’s a conundrum that hits on the fundamental slipperiness of loving anything in pop culture. On the one hand, we can’t imagine betraying the One Good Thing of 2019. Baby gave us something to hold onto as American democracy flung itself into further turmoil, as our planet’s temperatures continued towards a rolling boil, and as Tom Hooper’s Cats turned out to be actually kinda great. In times of terror, Baby was our glue, our solace, our savior.

And yet, in 2017 the porgs of The Last Jedi filled that same void — and no one’s even talking about their brief appearance in TROS. With this in mind, we wonder: Could it indeed be time to throw away the Baby with the bathwater for something newer, fresher, with better eyebrows and a teeny helmet, so that we might be adequately shepherded through whichever crisis hits us next?

There are compelling arguments on both sides.

“Baby Yoda is still my champion because my primary instinct towards all the characters I love is to protect them and also cradle them to my chest,” says Mashable’s senior entertainment reporter Alexis Nedd, emphasizing how Baby’s innocence swayed her opinion.

“I could cradle Babu Frick but he doesn’t need my protection and I suspect he could kick my ass if he wanted to. He’s what I want in a friend, not a son. And I’m in the son market these days.”

Kellen Beck, another Mashable entertainment reporter, counters, saying, “I have never felt such immediate joy and delight as when Babu Frik says literally anything. He is a tiny, grubby, hairy freak and his voice is incredible, equal parts nasty and adorable.”

What’s more, Beck argues that the Baby’s reliance on Mando — the thing that makes Nedd and other members of Team Baby want to pick him up, feed him frogs, and blow on his tea — is a detriment more than an asset. “Yes, Baby Yoda is cute, but Baby Yoda is also a responsibility and I don’t have time for that.”

“One of these is my son, the other is my oldest friend, and no one should ever have to choose between the two.”

So, are we looking for a child or a best friend? A bundle of joy to protect and love, or a buddy to join us in storming the First Order flagship? It’s a matter of taste each viewer must decide for themselves — or, as the vocal minority Team Both suggests, something we could ignore altogether.

“The world is terrible, and we shouldn’t have to choose between the few good things in it,” adds another Mashable entertainment reporter Proma Khosla. (It should be said, Khosla sits directly between Nedd and Beck at the Mashable offices — so for her, acting as a Baby vs. Babu intermediary was inevitable.)

“Baby Yoda is my son, the little green gift of the Guild that thawed my cold dead heart, and Babu is the friend who that heart made space for and welcomed openly in TROS. I will never forsake Bébé, nor can I stop myself giggling with pure joy every time Babu speaks! One of these is my son, the other is my oldest friend, and no one should ever have to choose between the two.”

It’s a lovely thought, particularly fitting of the holiday spirit. Andy Moser, a Mashable culture fellow who sits directly behind the entertainment team and has undoubtedly heard Nedd, Beck, and Khosla all yelling about different things at different times, echoes the sentiment.

“No one should have to choose because to say that one is lesser than the other is just rude,” Moser says, noting that the amount of time we’ve spent with each character should encourage us to appreciate them equally.

“We’ve collectively spent more time with Baby Yoda, and I feel like we know him a little better, and at least at this point, Baby Yoda’s story could be far from over… But Baby Babu? We might never see him again.” In short: “Baby Yoda and Babu don’t deserve this.”