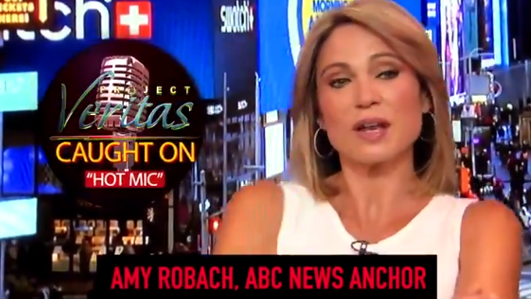 It’s almost impossible to go online without running into the running quip/meme/sometimes genuine assertion that billionaire and convicted sex offender Jeffrey Epstein did not kill himself in his jail cell on August 10 despite the medical examiner ruled that death a suicide.

And thanks to Project Veritas, ABC News is now linked to Epstein’s alleged lifetime of sexually exploiting underage girls due to their November 5 airing of Amy Robach admitting on-set and on a hot mic that the network intentionally quashed her interview with Virginia Roberts Giuffre, one of the exploited women. Giuffre has alleged she was repeatedly raped by Prince Andrew.

ABC has refused to mention this on-air and have been assisted by the likes of CNN’s media team in keeping this under the radar.

According to the Washington Examiner’s Mike Brest, a two-hour, January 9 ABC special on Epstein is in the works, but it will not include Robach’s 2015 interview with Giuffre. The document Truth and Lies: Jeffrey Epstein, will air that evening from 9 to 11 p.m.

“I’ve had the story for three years,” Robach stated in the video. “I’ve had this interview with Virginia Roberts [Giuffre],” but the network “would not put it on the air.”

She described the “role in the story” of Prince Andrew, Duke of York in England, which led to Buckingham Palace threatening ABC News “a million different ways” if they ran the item.

On the other hand, Brest stated, the network defended its decision not to air the interview because “the investigative team was unable to verify key facts” of Giuffre’s story.

Brest added: “In addition to the two-hour special, ABC News will launch a podcast, hosted by Mark Remillard, meant to chronicle ‘the powerful story of the women who survived his crimes and fought back to reclaim their lives,’ according to a network press release.”

Brest explained the special will contain “material from a 2003 interview in which Epstein discusses his life; deposition tapes of Epstein and his alleged co-conspirators; police interviews with the young girls; and their personal reactions today to seeing Epstein appear in court last summer.”

At this point, most know that Epstein had close to the likes of Hollywood mogul Harvey Weinstein, Prince Andrew, and both Bill and Hillary Clinton.

As NewsBusters reported on July 8, all three networks covered the arrest, but ABC was the only one to omit Epstein’s connection to former President Clinton.

Two days after that, ABC finally broke its silence by describing the former President’s connection to Epstein, but the combined mentions on Monday night and Tuesday morning only amounted to 38 seconds.