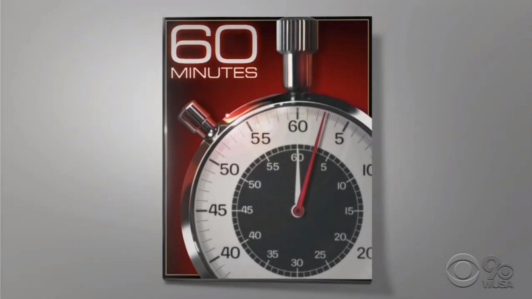 It’s been several months since the #MeToo movement faded from public view, but that doesn’t mean the problem of sexual harassment has gone away completely. That’s especially true at CBS, where they’ve suffered sexual harassment allegations from the top (CEO Les Moonves) to the stars (Charlie Rose) and the executive producer of 60 Minutes (Jeff Fager).

According to an article posted on Tuesday by Jeremy Barr, the media and politics writer for The Hollywood Reporter, Vinograd “was ostracized, isolated and penalized for calling out what she perceived as inappropriate conduct by Gavshon,” who “quickly removed her from all stories in production, including a segment she had pitched and performed the majority of the work on.”

However, CBS did nothing to stop his retaliation, she noted. Even worse, Barr reported, the executives “ratified his personal vendetta by willingly sending temporary associate producers to replace [her] and work with Gavshon.”

The female employee claimed that Gavshon sent her an inappropriate photograph. She also asked to be protected from any “retaliation.”

In the lawsuit, Vinograd added that she had expressed concerns about her boss’s “excessive drinking,” and he had sent her “an old photo of Gavshon and some friends urinating on what appeared to be smoldering coal.” He responded with the assertion that he actually meant to send the photo to his sister.

Even then, a CBS investigation into the incident determined that “this is clearly a photo that should not have been shared with you,” but her boss “assured us that he sent the photo to you by accident.”

The executives continued that Gavshon “was appalled and embarrassed for inadvertently doing so. We accept his explanation that he sent this photo to you entirely by accident and believe that this was an isolated incident.”

Nevertheless, a statement sent by the company to The Hollywood Reporter noted:

CBS News is in the process of reviewing the complaint filed by Ms. Vinograd and plans to vigorously defend against this lawsuit.

CBS thoroughly and immediately investigated the matter in accordance with its policies … and vehemently denies there was any retaliation.

Gavshon stated that he “immediately deleted the picture and apologized profusely” for the situation. “I was mortified.”On the following day, he added, “I went in early and reported the incident. I cooperated with an investigation by the company.”

“I also want to refute Ms. Vinograd’s allegations regarding drinking,” Gavshon also noted. “I have an established record of responsible behavior at work over the last 30 years.”