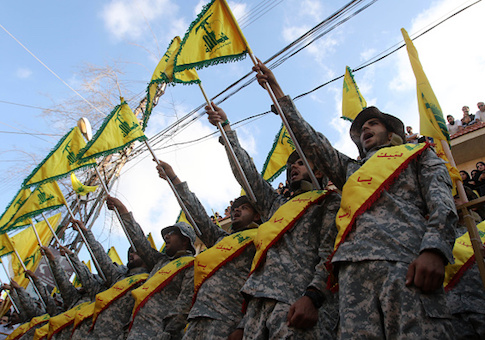 The Trump administration released hundreds of millions in key American aid dollars to Lebanon this week despite growing concerns in Congress that these taxpayer funds are bolstering the Iranian-backed Hezbollah terror group, according to U.S. officials and congressional sources who spoke to the Washington Free Beacon.

The administration informed Congress this week that a tranche of aid money being held up by Trump loyalists at the U.S. Agency for International Development would be sent to the Lebanese government, which has long been penetrated at the highest levels by senior Hezbollah operatives. Hezbollah is a U.S. designated terror group that is funded, armed, and directed by Iran’s military leadership.

U.S. officials who spoke to the Free Beacon dating back as far as 2017 expressed concern U.S. aid dollars could fuel Hezbollah’s next war against Israel. Now, leading lawmakers are calling on the Trump administration to end this aid until a review of Hezbollah’s likely interception of the funds can be conducted.

Hezbollah has had near total control of Lebanon following the surprise resignation of the country’s prime minister in October. Hezbollah operatives remain in place across the government, enabling the terror group to carry out orders from its Iranian benefactors. This has also meant that millions in U.S. aid sent to the Lebanese government and armed forces are at risk of being pilfered by Hezbollah leaders.

Congressional officials and regional experts familiar with the matter told the Free Beacon that frustrations are mounting over both the economic and military aid the United States sends Lebanon. The policy, these sources say, is at loggerheads with the administration’s “maximum pressure” campaign to deny the Iranian regime the cash it needs to conduct terror operations, particularly through Hezbollah, which has amassed a vast array of sophisticated weaponry on Israel’s northern border.

In Congress, Sen. Ted Cruz (R., Texas) has been pushing for American aid dollars to Lebanon to be nixed due to Hezbollah’s pervasive role in the country’s government. The lawmaker will soon be introducing legislation that would force the Trump administration to halt the taxpayer funds.

“Sen. Cruz has long called for an uncompromising strategy toward Lebanon that recognizes Iran’s pervasive influence in Lebanon through its terrorist proxy Hezbollah,” a spokesperson for Cruz told the Free Beacon. “Instead the United States has continued sending hundreds of millions of dollars to Lebanon, a policy that by any measure is failing right now. Sen. Cruz believes that we should not be funding Iran-backed terrorist groups that want to kill us and our allies, and he will soon introduce legislation prohibiting sending American taxpayer money to any Lebanese government controlled by Hezbollah.”

Multiple sources familiar with the dispute accused career officials in the State Department of waging a targeted leak campaign against Trump appointees who have sought to block the aid. Anonymous officials told Bloomberg News that Trump loyalists at USAID had orchestrated a recent hold on economic aid for Lebanon.

“We’re three years into the Trump administration, and yet the State Department is still running the old Obama playbook of sending hundreds of millions of dollars to Hezbollah-controlled Lebanon,” one senior GOP congressional aide who works on Middle East issues told the Free Beacon. “Every time one of Trump’s appointees tries to reverse course, they get blocked and leaked against by the Deep State. Nevertheless, it seems increasingly obvious there are deep divisions inside the administration and it’s no surprise you’re finding those same divisions up here on the Hill.”

Sources said Secretary of State Mike Pompeo intervened in the matter, ordering USAID to release the funds last week. Congress was informed Dec. 12 that more than $114 million in economic aid would soon be making its way to Lebanon, according to a copy of the notification obtained by the Free Beacon.

The State Department confirmed the aid dollars are no longer blocked.

“The United States remains committed to strengthening the capacity of the Lebanese Armed Forces,” a State Department spokesperson told the Free Beacon. “U.S. assistance for the LAF is a key component of our policy to reinforce Lebanon’s sovereignty and secure its borders, counter internal threats, and build up its legitimate state institutions.”

The economic aid provided by USAID will fund Lebanon’s government, including millions for the country’s education system, which is plagued by institutionalized anti-Semitism.

For this reason, pro-Israel organizations in the United States have been pressing the Trump administration to reevaluate its aid to Lebanon.

“The LAF cannot receive U.S. aid devoid of enhanced oversight and accountability. Hezbollah has infected not just the army but also the government in Beirut, and we’re now even seeing that anti-Semitism is being taught in Lebanese schools,” Sandra Parker, chair of the Christians United For Israel (CUFI) Action Fund, told the Free Beacon.

CUFI, one of the largest pro-Israel organizations in the United States, is lobbying the Trump administration to change its course on Lebanon, particularly in light of Iran’s growing role in the country’s affairs.

“Lebanon has to make a choice: turn towards tolerance and prosperity or continue to be subjugated by Iran and its terrorist proxy,” Parker said. “CUFI supports legislation conditioning a portion of US aid on the LAF’s progress in countering and diminishing Hezbollah’s influence in Lebanon. If Beirut fails to use American aid to take their country back from Hezbollah, that aid will dry up.  American taxpayer dollars should not benefit terrorists or their enablers—it’s that simple.”

Veteran regional experts also have been perplexed by the Trump administration’s desire to keep aid flowing to Lebanon.

“The zeal with which the State Department pushed for the release of the aid to Lebanon, in particular the $115 million in USAID money, is strange,” said Tony Badran, a research fellow at the Foundation for Defense of Democracies, a Washington think tank with close ties to the White House. “There are a lot of question marks about what and where this money goes to—never mind what policy objective it’s supposed to help achieve.”

Badran said the administration’s policy had been riddled with inconsistencies. While it has sanctioned Lebanese institutions penetrated by Hezbollah, it has failed to consider the ways in which U.S. aid dollars bolster the terror group.

“It was only a few months ago this past summer, after the U.S. Treasury sanctioned the Jammal Trust Bank for being Hezbollah’s ‘bank of choice,’ that it emerged that U.S. aid programs to Lebanon had been entangled with the Hezbollah bank,” Badran said. “Rather than pause and reconsider these programs, the State Department doubled down. But several of those U.S.-funded programs support partnerships with municipal governments in southern Lebanon and the Bekaa—regions where Hezbollah and its allies directly control municipalities.”