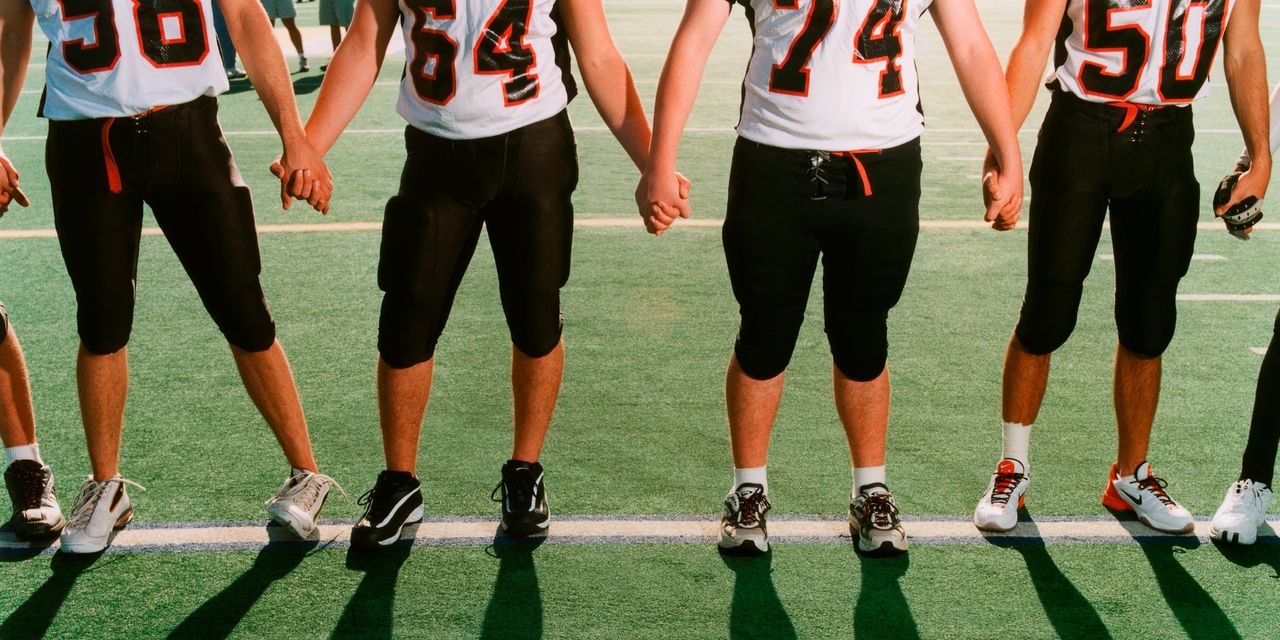 Every year, the National Federation of State High School Associations tabulates how many U.S. high school students played sports, and which sports they played.

The survey is inexact and its findings are usually too incremental to cause a stir. But the 2018-19 edition, released in August, contained one legitimate and widely reported bombshell.

For the first time in 30 years, high-school sports participation declined.

The 3% drop in participants from the previous year wasn’t enormous—that translates to roughly 44,000 empty uniforms. But it was definitely troubling. According to one projection, the total number of students enrolled at U.S. high schools was expected to rise by more than 50,000, which suggests the number of athletes should have risen, too.

I assumed this would be technology’s fault; hard evidence that screen time is making teenagers more sedentary. But the numbers don’t point there. By my calculations, high-school sports teams still filled nearly 8 million roster spots, which is roughly equivalent to 47% of the overall student body. That figure is in fact close to a historical high.

The chief culprit wasn’t a lack of interest in sports. It’s the accelerating rejection of the biggest high-school sport of all: 11-player tackle football.

Last season, football suffered its steepest loss of players in 33 years, according to the NFHS, while its share of total sports participants fell below 13% for the first time on record.

Before we continue, I should probably make a confession. I love football.

I’ve invested years of my life watching it, trying to play it as a kid, covering it as a reporter for this newspaper and, more often than I’d like to admit, beating the drum of its intangible value. The NFL appears in my recent book about leadership, and I have done and continue to do paid consulting work for college and pro teams. And yes, if you’re wondering, my wife and I allow our teenage son to play.

Which sports are the best at teaching kids valuable lessons for working with others? Join the conversation below.

I am not, however, a football apologist. The game has some chronic problems, chief among them the potential effects of concussions. Repeated brain injuries can have devastating effects, which become compounded the longer you play. The sport is experimenting with new rules, better equipment and tighter medical supervision but I’m not convinced that football’s establishment is capable of reforming itself without being pushed.

I can’t blame any parent, or child, for abandoning ship. Nobody needs to play football. But I sincerely believe that the sport is worth saving. Football will never be entirely safe. But if the sport’s overseers figure out the right adjustments to make (see an entirely separate column), I have no doubt that its positive influence on kids will continue to outweigh the risks. Football, in my view, is one of the best tools we have for teaching teamwork and leadership.

Consider this: The U.S. has maintained a consistent global edge in business, scientific research, military power and (recent events notwithstanding) functional government. We’ve shown that we’re pretty good at working together. And we’ve sustained this for decades even with schools that trail those in other nations by most measures of academic rigor.

Have you ever wondered why that is?

Most high schools don’t teach “team studies” or “applied leadership.” Traditional classes like social studies, history and civics may touch on those themes, but only in passing. My theory is that American schools haven’t bothered teaching teamwork in classrooms because they didn’t need to. That’s what organized sports are for.

U.S. high schools devote vastly more money, facilities and instructional resources to sports than schools in other nations do. Colleges also spend billions supporting athletes—most of whom will stop competing after graduation. If American exceptionalism exists, is it really possible to disregard this country’s exceptional investment in sports? And can we afford to turn our backs on the nation’s No. 1 sport by participation?

The three qualities that make football teams unique are size, structure and choreography. Every football play is a complex, collaborative ballet in miniature. And within every team there are three distinct subgroups (offense, defense and kicking units) divided into roughly eight different position groups. In other words, joining a football team requires joining three or four teams at once. And all of them need leaders.

More from the Captain Class

Football’s violence is also unique; that’s never been its finest trait. But the physical risk does serve a purpose. And it’s not about “forging character in fire” or any other macho gibberish.

More than any other mainstream activity for kids, football drives home the value of being a competent, loyal, conscientious and selfless teammate. On the football field, the best way to minimize risk is also the surest way to win. You have to do your job. Mistakes aren’t just personally humiliating—they get people hurt. Putting the team’s goals ahead of your own and earning the trust of teammates are valuable skills for navigating the real world.

Lots of team sports teach these virtues, of course, but football does it viscerally. The risk of injury accelerates the learning curve. In the age of helicopter parenting, it’s one of the few supervised environments where kids can learn about risk.

One unique quality that rarely gets mentioned is football’s inclusiveness. Soccer may be the world’s game, but it demands a rare blend of quickness, agility and endurance. Basketball players are unusually tall and athletically gifted, while baseball players need superior hand-eye coordination. In youth football, the bar is lower. In fact, some kids make the team with only one thing: speed, strength, intelligence—or just size.

That last trait is really important. If you’re large, slow and plodding, most sports want nothing to do with you. Given the results of recent studies on childhood obesity, that sounds like a serious problem. Football is the rare sport that welcomes big kids—in fact, they often become stars. For this at-risk slice of the population, it’s the only game in town.

Tackle football, of course, is primarily played by boys. The NFHS reports that only 2,400 girls joined 11-member teams last season, compared to just over a million boys. I have no idea how many high schools could be convinced to offer football teams for girls. But if you think girls don’t want to play football, or can benefit from it as much as boys, look up the Women’s Football Alliance.

This full-contact football league for adult women has more than 50 teams across the U.S. and thousands of participants. Watch some footage and you’ll see that these women play the game with skill and passion. And they don’t even get paid to do it.

Over the past year, I’ve written about the unsung value of great front-line managers in business and the broader cultural and economic forces that are thwarting our efforts to build better, stronger workplace teams.

Is “more football” the ultimate solution? Absolutely not. At some point, we need to start teaching teamwork and leadership in the classroom. Until then, however, we’d be crazy not to employ every imperfect tool we have.

And we still have football. For now.

—Mr. Walker, a former reporter and editor at The Wall Street Journal, is the author of “The Captain Class: A New Theory of Leadership” (Random House).

Write to Sam Walker at sam.walker@wsj.com