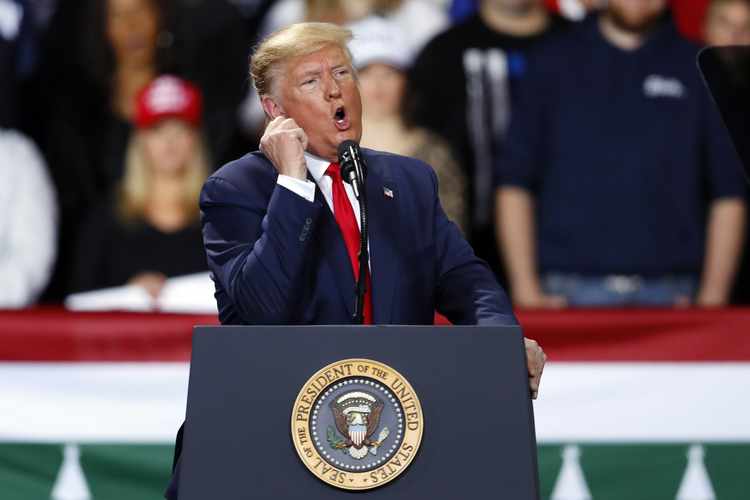 Every four years we hear the following two statements:

This is the most consequential presidential election in American history.

This is the most contentious presidential election in American history.

Every four years those statements ring true because, looking back, the prior election always seems tame by comparison. Therefore, let’s explore three reasons why 2020 will in fact be the most consequential and contentious presidential election in modern U.S. history.

The first is historical – it will be the first time an impeached incumbent is running for reelection. After acquittal by the Senate (barring any unforeseen circumstances), President Donald J. Trump will be the Republican Party’s nominee.

This remarkable circumstance calls for a new political playbook addressing two unprecedented questions: How does an impeached president run for reelection? How does the opposing party run against him? Sounding like the plot of a fictional Netflix series, the 2020 race is set to rest upon that bizarre foundation.

Part of the scaffolding arising from that foundation involves potential fallout from impeachment for incumbent officeholders whose names will appear below Trump’s on the ballot. Depending on their impeachment vote, how much will the electorate punish or support their members of Congress and senators up for reelection? By the time Nov. 3, 2020 rolls around, will impeachment have faded, still quietly ripple, or remain a divisive issue influencing many down-ballot races? The answers will be among the most interesting to learn.

The second reason why 2020 will be the most consequential and contentious presidential election ever waged is the racial and gender composition of the tickets and the electorate.

It is practically a given that the Democratic Party ticket will be “balanced.” For example, if former Vice President Joe Biden is the nominee, as a white male he will need to select a running mate who is female or, better yet, a non-white female. The same equation applies to whoever else might win the nomination. The need for balance stems from the changing color and feminization of the electorate — with the overwhelming majority voting Democratic.

Here are some interesting electoral statistics:

Also in 2016, the white-male Trump/Pence ticket won 57% of the white vote compared to 37% for Hillary Clinton. But in 2020, with the percentage of white voters projected to decrease by 3.3 percentage points, Team Trump must reach out to more white voters, which means more rallies and more outrageous statements that often alienate other groups.

Meanwhile, Trump is trying to increase his share of Hispanic and African American votes, but whether he can offset the decrease in white voters remains a critical question. Ultimately, race and steadily changing demographics have the potential to diminish the GOP’s long-term viability as a national party, and that is both a consequential and contentious issue that will dramatically play out and impact the 2020 campaign.

(For the record, the last time both presidential tickets comprised only white males was 2004 when Bush/Cheney faced off against Kerry/Edwards.)

The third reason why 2020 will top the consequential/contentious scale is the increasing power of politically engaged women voters. In 2016, women constituted 52% of the electorate compared to men at 48%. Hillary Clinton won women by a margin of 54% to 41% over Trump. In the 2018 midterm election — according to Pew Research Center’s analysis of U.S. Census Bureau data — women were 53% of the electorate with men at 47%.

In 2020 women could best men by an even greater margin, and that could be problematic for the president.

In a recent Fox News poll, women voters preferred Biden over Trump by a margin of 51% to 36%. That means Trump is down five percentage points from 2016 when he won 41% of women, as stated above. But Trump’s real problem is with white women — a group he won 52% of in 2016 compared to 43% for Clinton. Worse, the Fox poll has Trump losing white women to “Sleepy Joe” Biden by five percentage points, 47% to 42%.

Furthermore, this week a Quinnipiac University poll had a stunning revelation about Trump and women voters: “Women disapprove 57-38 percent, but it is the president’s best approval number among women thus far.” That 38% “best” approval number is three points lower than the 41% of all women that Trump won in 2016, which could indicate Trump has a severe women problem.

Taken together — engaged, motivated, largely anti-Trump women voters combined with the wild card of impeachment fallout, and a 3.3% decrease in white voters potentially shrinking the GOP base — all this should be reason enough why the 2020 election is going to be the most consequential and contentious in American history … until 2024.

Myra Adams is a media producer and writer who served on the McCain Ad Council during the GOP nominee’s 2008 campaign and on the 2004 Bush campaign creative team.