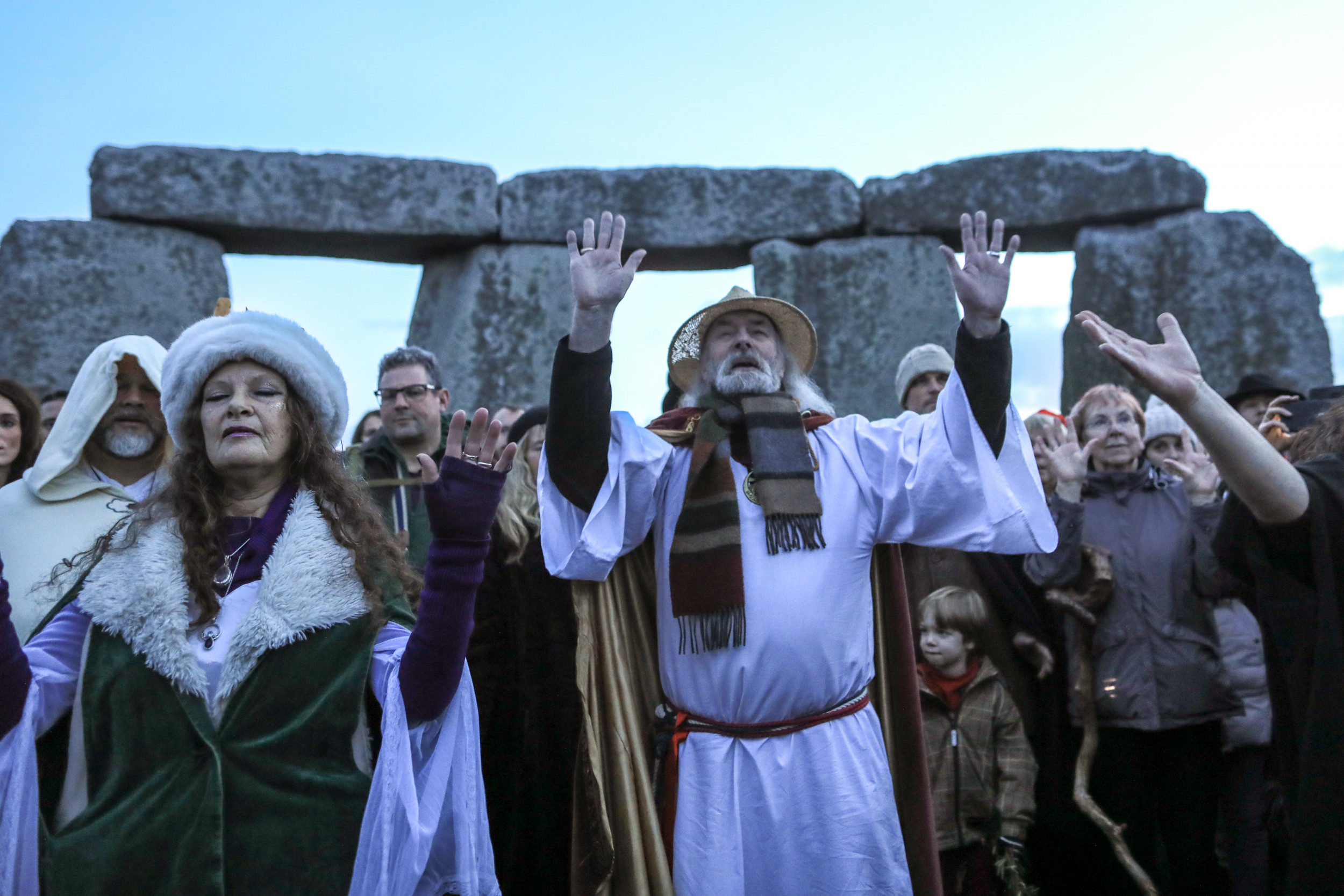 The shortest day of the year is here and as some mourn the darkness, others mark the winter solstice as a time for celebration because it signals a bright future.

An annual occurrence, the winter solstice marks the moment when the earth’s tilt away from the sun is at a maximum, signaling the first day of winter. This year, the Northern Hemisphere’s winter solstice will occur on Saturday night or Sunday morning, depending on the location, according to the National Weather Service.

The winter solstice is the shortest day of the year, although the exact number of daylight hours depends on individual locations. While some dread the lengthy darkness, others celebrate the winter solstice as a time of hope because after the darkness, comes light as days get gradually longer.

Heather Sebire, the English heritage senior curator at Stonehenge, told Time that Neolithic builders knew the winter solstice signaled things were “going to get better,” because longer days and better weather were beneficial to growing crops. Thousands of years old, there are dozens of theories about how and why Stonehenge was built. But experts, Timereported, are confident the rocks were strategically placed to mark the winter and summer solstices.

English Heritage, an organization that cares for more than 400 buildings, monuments and sites in England, will celebrate the solstice at Stonehenge on Sunday. The monument field is scheduled to open at 7:45 a.m. local time, light levels permitting, with sunrise occurring around 8:11 a.m. local time.

A popular spot for druids and pagans, Kate Davies, Stonehenge director, told the Daily Mail that about 5,000 people celebrated the winter solstice at the site in 2017. King Arthur Pendragon, a senior druid, told BBC they gather at Stonehenge to celebrate the winter solstice because it’s a time of change and renewed hope, similarly to the Christian message of the holiday season.

Stonehenge isn’t the only Neolithic site to host winter solstice celebrations, and people will also gather in Ireland at Newgrange, a 5,000-year-old passage tomb. Every morning from December 18 until December 23, people will visit the site to stand inside the chamber and see the sun come through the roof box.

To take in the sunlight from inside the monument, visitors and their allotted guests must be selected through a lottery. Only 60 people, plus their guests, are invited to attend each morning. Those who didn’t win the lottery can still visit the monument for the winter solstice but will be required to stand outside it.

In China, people will celebrate Dongzhi, a tradition that marks the winter solstice. Although it isn’t an official holiday, according to History.com, it’s a time for families to celebrate the past and future years with a feast. Traditional foods include dumplings and wontons, according to The Epoch Times, but specific traditions range based on geography.

Beginning on Saturday, winter will last until March 19, according to The Old Farmer’s Almanac. Spring is also marked by an astrological phenomenon as well, the equinox, in which there are nearly equal hours of day and night.