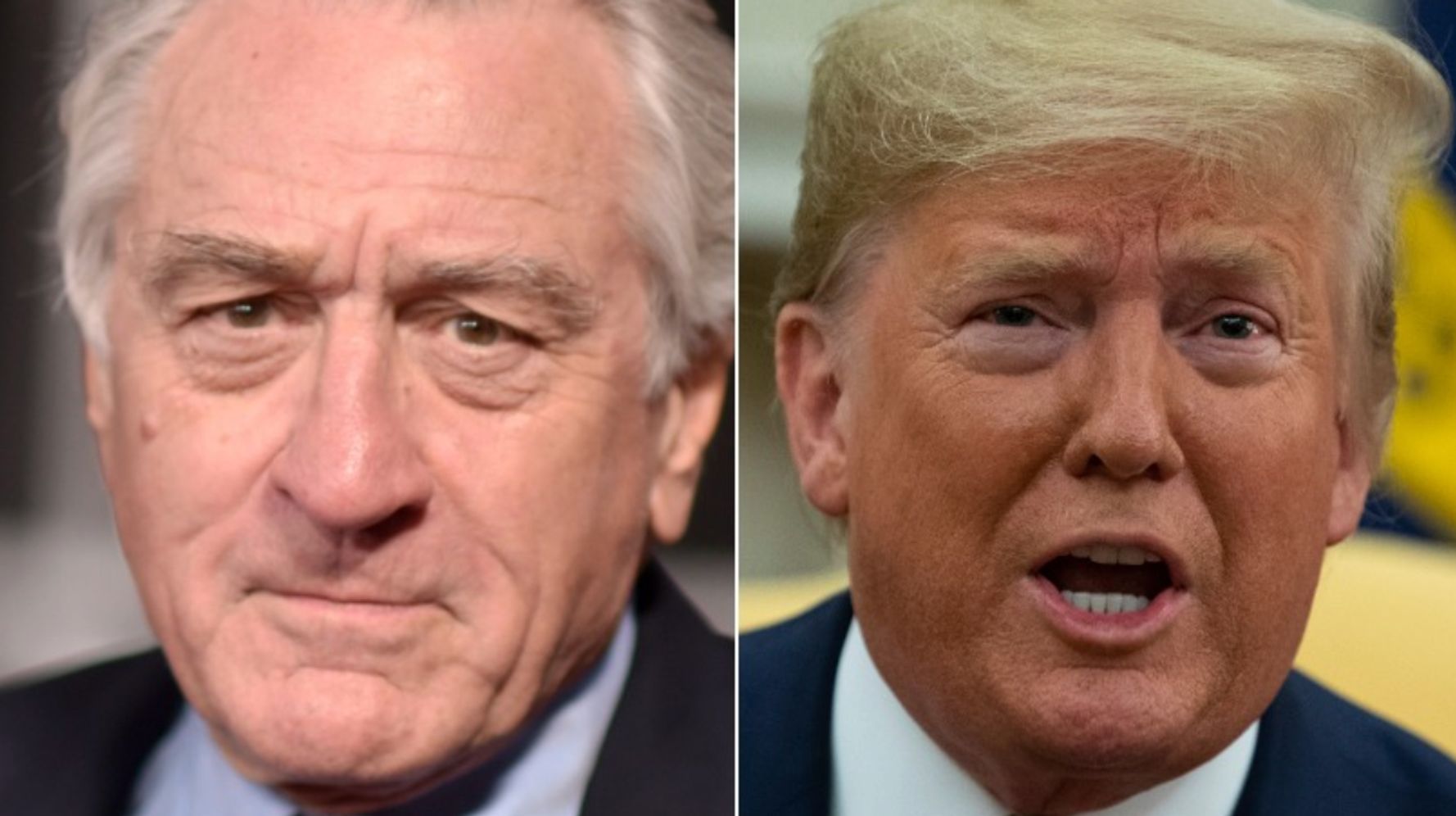 Robert De Niro pulled absolutely no punches during his first-ever podcast interview when he unleashed a blistering attack on President Donald Trump, who he called to be “humiliated” for the good of the country.

The star of the new Netflix movie “The Irishman,” speaking on the newly launched “Rumble with Michael Moore,” said he was now “more angry than ever” about Trump being in office and dubbed the president’s GOP defenders “beyond a disgrace.”

De Niro, a vocal critic of the current White House, told the documentary filmmaker host Michael Moore in their hourlong chat that his pre-2016 election statement about wanting to punch the then-GOP candidate Trump in the face hadn’t been literal.

But he then riffed on a scenario involving a bag of feces being thrown at the president:

“I’d like to see a bag of shit right in his face. Hit him right in the face like that, and let the picture go all over the world. And that would be the most humiliating thing. He needs to be humiliated. He needs to be confronted and humiliated by whoever his opponent is. His political opponent. They have to stand up to him, they don’t have to do it in an obvious physical way, but they have to have the formidability to confront him and to put him in his place because the people have to see that, to see him be humiliated.”

De Niro also repeated his previous prediction that Trump will somehow try to secure an unconstitutional third term, suggested he “won’t go peacefully,” likened the Trump era to living in an abusive household and explained why he doesn’t call the president a “pig” anymore.

“I used to call him a pig, but pigs have dignity,” he said. “He has no dignity, no nothing. He’s a disgrace to the human race, if you will. And I don’t want to call him names. I just want to get us out of this situation. We all know what he is. It’s just getting past that.”

The actor ― once again using similar rhetoric that Trump himself has used about immigrants ― also doubled down on his November attack on the Australian-born Fox News founder Rupert Murdoch.