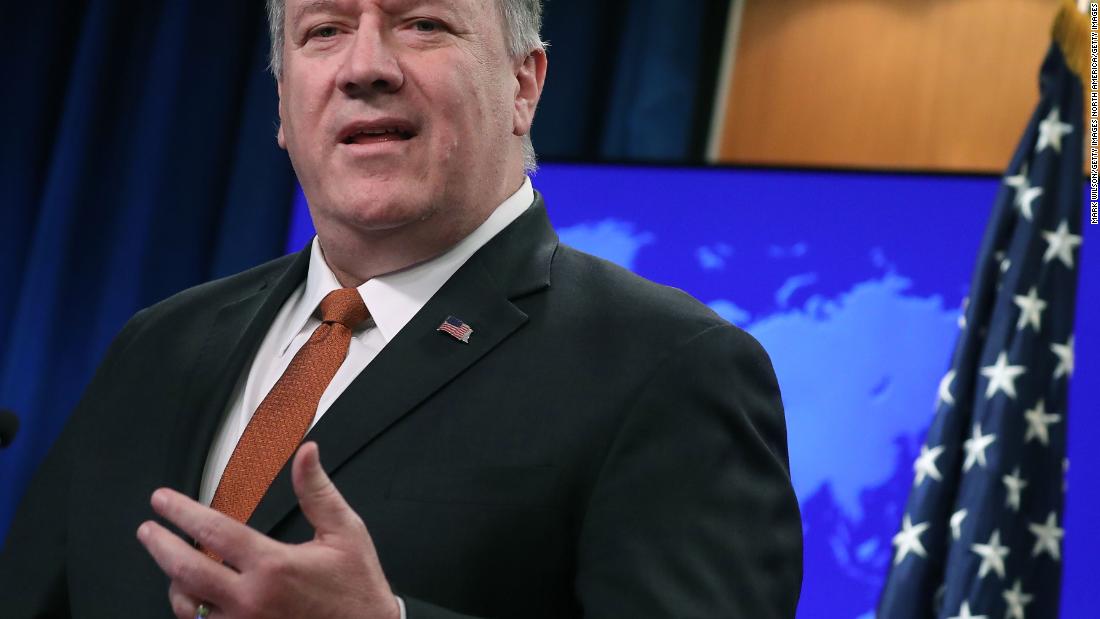 “Russia and China, who have chosen to make a political statement by opposing this resolution, you have blood on your hands,” Pompeo said in a statement Saturday.

Pompeo said the draft resolution would have helped aid reach at least four million in Syria.

“Both countries preferred instead to provide cover and support for its junior partner in Damascus; thus placing the lives of millions of innocent civilians in the balance at the height of winter, while further threatening civilians by supporting the continued Assad regime and Russian military,” he said.

The draft resolution — vetoed by Russia and China on Friday — would have allowed aid deliveries across the border from Turkey and Iraq. The draft proposed by Belgium, Germany and Kuwait called for 12 more months of aid to be sent from two points in Turkey and one in Iraq.

Russia instead supported deliveries from two Turkish points for six months and had proposed its own resolution. The resolution was not adopted with five votes in favor, six votes against including the US, and four abstentions.

Russia’s UN representative, Vassily Nebenzia, argued that much of the aid has been co-opted by terrorist organizations and said that the Syrian government has control of enough checkpoints to deliver humanitarian aid.

The Syrian government, and its Russian backers, have intensified artillery and air strikes in the Idlib province, claiming to target terrorists in the rebel-held area. More than 50 people have been killed in the latest round of attacks since Monday, according to the White Helmets, a volunteer rescue group.

“This decision is reckless irresponsible and cruel,” Craft said Friday after the vote, adding that Syrians are dependent on the UN’s cross-border operations for medicine, shelter and food.

“There is no justification imaginable for any member of this security council leaving vulnerable Syrians civilians with few means of security vital aid,” Craft said.

CNN’s Kevin Bohn and Kristina Sgueglia contributed to this report.