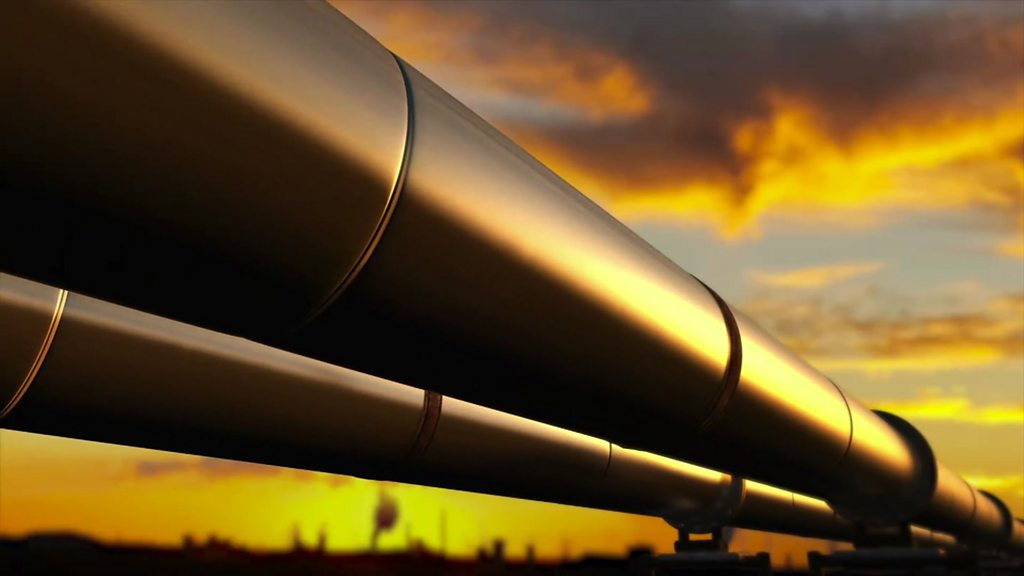 Germany and Russia have reacted angrily to sanctions approved by US President Donald Trump on a gas pipeline between the two countries.

The sanctions target firms building Nord Stream 2, an undersea pipeline that will allow Russia to increase gas exports to Germany.

The US considers it a security risk.

But Germany accused Washington of interfering in its internal affairs, while Russia and EU officials also criticised the sanctions.

Congress voted through the measures as part of a defence bill last week and the legislation, which described the pipeline as a “tool of coercion”, was signed off by Mr Trump on Friday.

Why is the US against the pipeline?

The almost $11bn (£8.4bn) Nord Stream 2 project has infuriated the US, with both Republican and Democratic lawmakers opposing it.

The Trump administration fears the pipeline will tighten Russia’s grip over Europe’s energy supply and reduce its own share of the lucrative European market for American liquefied natural gas.

President Trump has said the 1,225km (760-mile) pipeline, owned by Russia’s state-owned gas company, Gazprom, could turn Germany into a “hostage of Russia”.

How has Germany reacted?

Speaking on German TV, Finance Minister Olaf Scholz said the sanctions were an infringement of sovereignty.

“It is up to the companies involved in the construction of the pipeline to take the next decisions,” he said.

What about the EU and Russia?

The US sanctions have also angered Russia and the European Union, which says it should be able to decide its own energy policies.

“As a matter of principle, the EU opposes the imposition of sanctions against EU companies conducting legitimate business,” a spokesman for the trading bloc told AFP news agency on Saturday.

The consortium behind Nord Stream 2 confirmed that it would build the pipeline as soon as possible, despite the sanctions.

“Completing the project is essential for European supply security. We, together with the companies supporting the project, will work on finishing the pipeline as soon as possible,” it said.

However, Allseas, a Swiss-Dutch company involved in the project, said it had suspended its pipe-laying activities in anticipation of the sanctions.

Why is Nord Stream 2 so controversial?

For years EU member states have been concerned about the bloc’s reliance on Russian gas.

Russia currently supplies about 40% of the EU’s gas supplies – just ahead of Norway, which is not in the EU but takes part in its single market. The new pipeline will increase the amount of gas going under the Baltic to 55 billion cubic metres per year.

Disagreements among EU nations were so strong that, earlier this year, they even threatened to derail the project entirely.

The bloc eventually agreed to strengthen regulations against Nord Stream 2, rather than stop it completely, and to bring it under European control.

Businesses in Germany, meanwhile, have invested heavily in the project. Chancellor Merkel has tried to assure Central and Eastern European states that the pipeline would not make Germany reliant on Russia for energy.

There is concern in other quarters, too. In May, climate activists opposing the use of fossil fuels occupied part of the Nord Stream 2 gas pipeline in Germany.

The demonstrators, who said the project would be more detrimental to the environment than the authorities had claimed, began skateboarding inside the pipes.

Police said at least five people had occupied the pipes near Wrangelsburg in northern Germany.