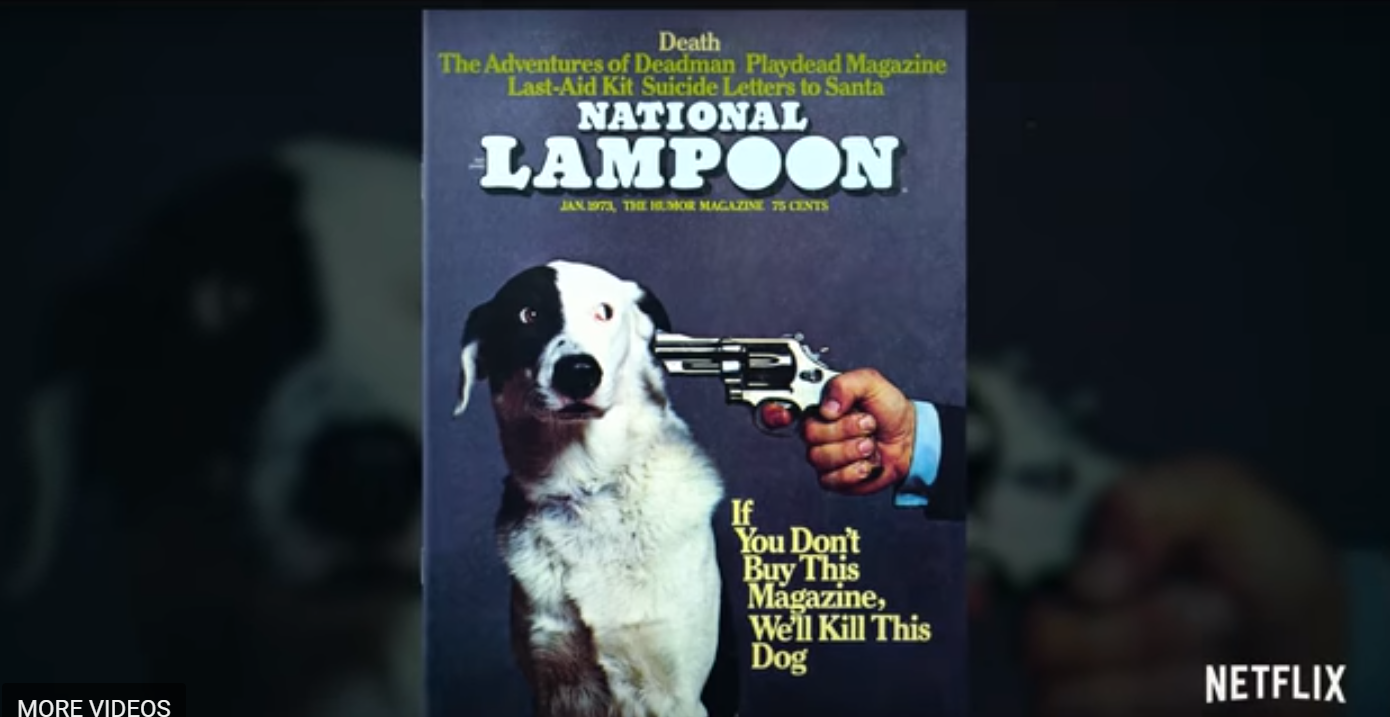 Comedy is hard by default. It’s so much harder in our woke age.Jerry Seinfeld, arguably comedy’s cleanest stand-up, swore off the college circuit because students couldn’t take a joke.

The comedy institution that gave us Animal House, Vacation and comedy gods like John Belushi and Gilda Radner is back.

Shapiro, a hardened anti-Trumper, presides over the brand’s unlikely reboot.

On paper, what a glorious time for National Lampoon’s re-emergence. Comedy is under near-constant attack from the PC police. Stand-up comics are either apologizing for the “wrong” jokes or self-editing to make sure their careers aren’t “cancelled.”

Shapiro doesn’t see it that way. He shared his comedy philosophies on a new episode of Variety’s Strictly Business podcast.

Shapiro then speaks extensively about the “diverse” cast of new Lampoon players. Not mentioned? Any pro-life comics, or funny folk who lean to the right.

“We took extra pains to include the people who were excluded last time. If you weren’t a cisgendered white dude from Harvard or white woman from that crowd then you were excluded. And not on purpose but systematic institutional bias,” he says.

“This time, the same week Shane Gillis and ‘Saturday Night Live’ got all that guff for the things [Gillis] said on a podcast we announced one of the most diverse casts and writers rooms in comedy,” he says. “It wasn’t hard to find talented people, of gender fluidity and color diversity and different types of backgrounds. There are more of them now than there ever has been.”

He then returns to the interviewer’s original question. Is comedy hard in the 21st century given the Thought Police crowd?

“Yes, it’s hard to be in comedy if you’re not a good writer,” he says, chuckling under his breath. “But if you’re very inclusive in your point of view and you’re very inclusive in the talent you hang out with, and you put yourself in situations where the biases you might have been taught as a young person are challenged on an ongoing basis, it’s not very difficult to be funny and not piss people off, not piss the wrong people off.”

Remember when National Lampoon pissed everyone off sans apology?

“By that I mean the people who have been subjugated for the last 200 years in American history, but the ones who need to be celebrated and given the spotlight now,” he says.

National Lampoon 2.0 will reflect the modern comedy landscape, one afraid to anger the “wrong” people but open, perhaps, to mocking Red State USA.

That’s as subversive as cheering on a Disney reboot at the box office. It’s also the direct opposite of Lampoon’s “take no prisoners” DNA.

Once again, an entertainment division is using a beloved brand and torturing it beyond recognition, at least if the head of Lampoon 2.0 stays true to his word.