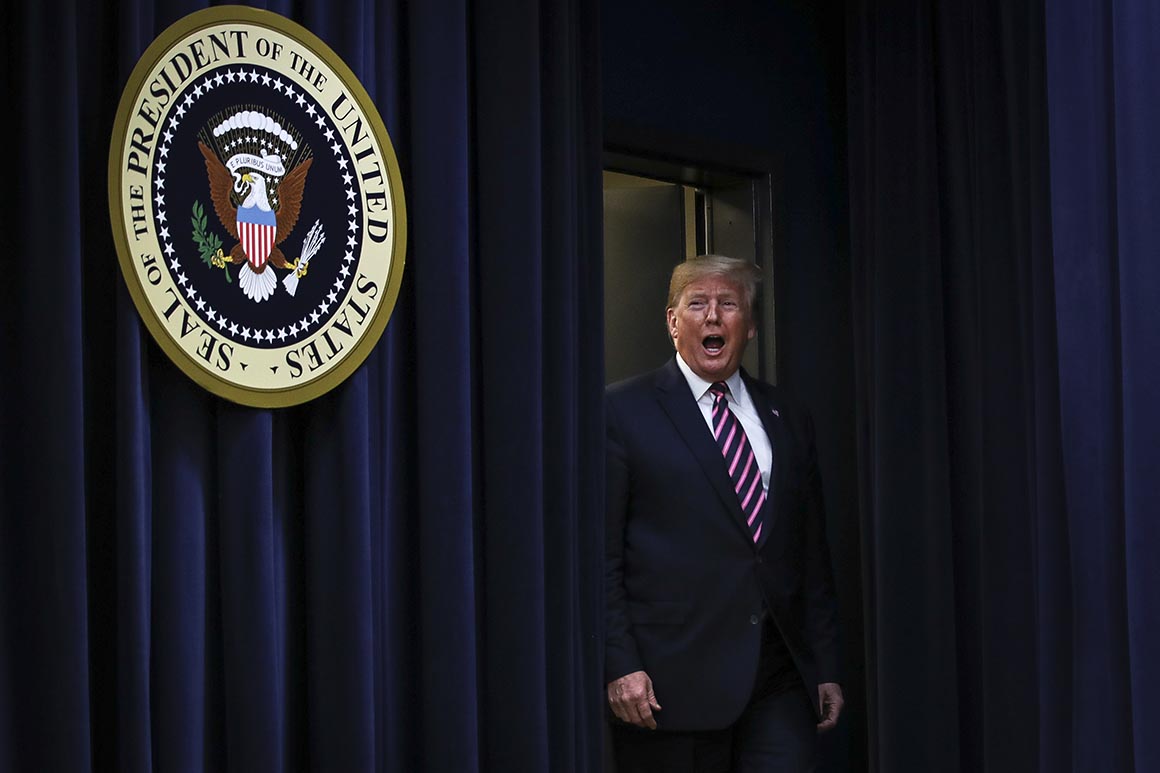 Ivanka Trump, Trump’s daughter and senior adviser, who gave a rare TV interview this week, acknowledged that impeachment has angered her father, but said it also has given him focus. “He’s energized … as are 63 million-plus voters who elected him to office,” she told CBS, slightly exaggerating the president’s vote total, which was just shy of 63,000,000.

An outside adviser described it this way: Trump’s anger is being channeled into 2020. “They energized this president who is already high energy,” the person said. “He has even more drive, is even more motivated to win reelection. He’s amped up.”

Yet despite Trump’s fulminations, those around him say the president has been especially pleased with the Republican Party’s unity.

Every Republican in the House voted against impeachment, and Republicans in the Senate are expected to band together to acquit Trump at the end of his impeachment trial, likely to start in January.

“Trump’s mood has been elevated now that the hearings in the House are over and especially because his red wall in the Senate is expected to hold,” said Dan Eberhart, a major Republican donor and CEO of the drilling services company Canary, LLC. “Trump relishes having allies that fervently have his back. He draws energy from that.”

The House process ended Wednesday night when Democrats approved two articles of impeachment against the president, charging Trump with abuse of power for soliciting foreign interference in the 2020 presidential election and obstruction of Congress for blocking the House’s efforts to investigate.

Democrats say Trump conditioned a much-desired White House meeting for Ukraine’s leader, as well as millions in military aid, on Kyiv launching an investigation into Biden, a potential 2020 rival, and his son Hunter. Trump and his allies counter that the desired probe was part of a broader effort to eradicate corruption and uncover foreign wrongdoing in the 2016 presidential race.

But in the days sandwiched around the impeachment vote, lawmakers approved two of the president’s legislative priorities. First, Democrats struck a compromise with the Trump administration to pass a new trade deal with Mexico and Canada. Then, Congress passed a nearly $1.4 trillion, two-part spending bill, averting a federal government shutdown, establishing Trump’s beloved Space Force, and granting paid parental leave to federal workers, a signature issue for Ivanka Trump.