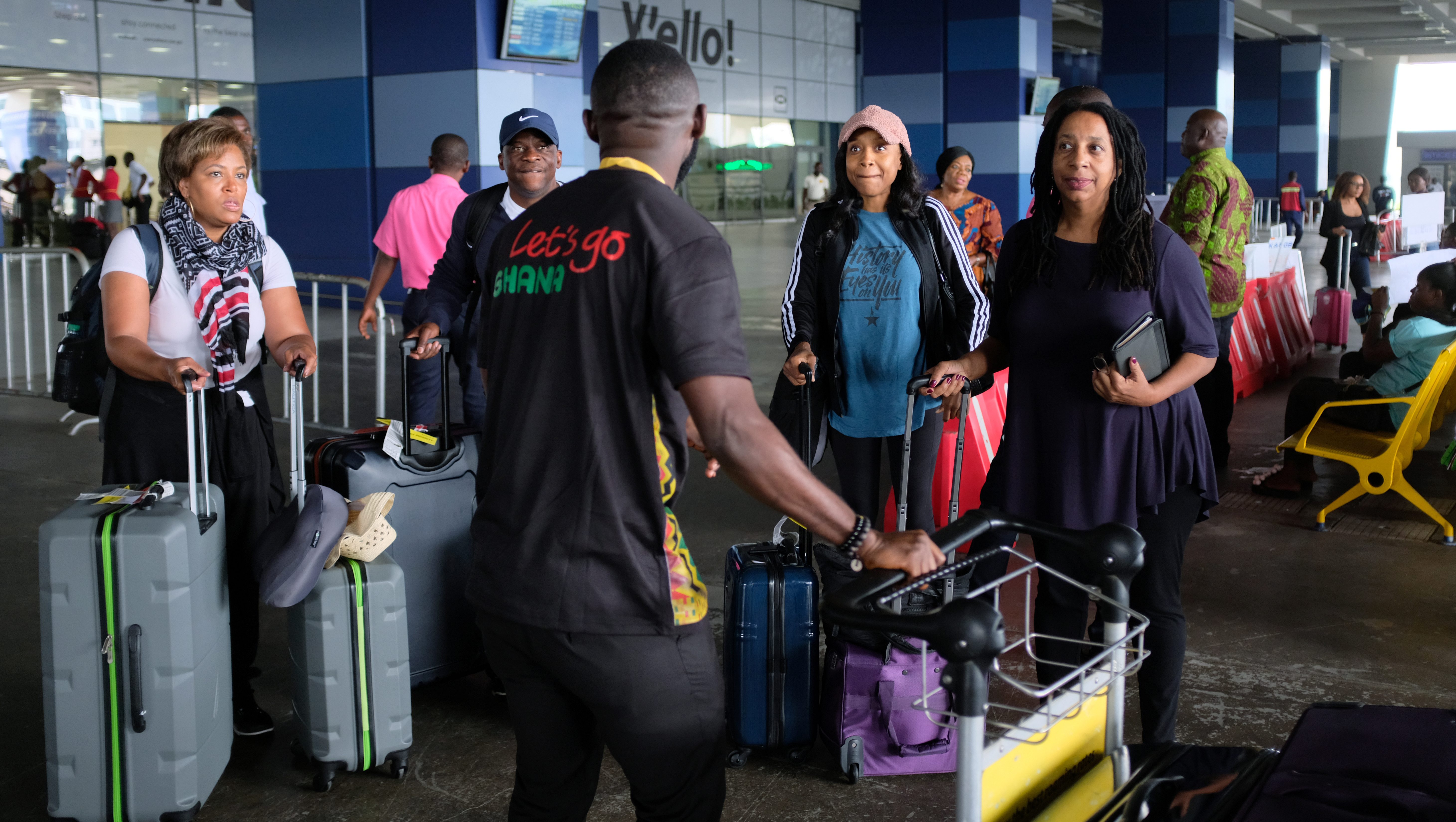 Ghanaian officials are basking in glory and ecstasy following a very successful marketing and branding campaign for the “Year of Return”, an initiative of the president of Ghana marking a major milestone in the sordid history of black slavery.

The yearlong program has seen throughout 2019 impressive feats of national showcasing: tons of positive international press, amazing gestures of corporate solidarity and fabulous celebrity endorsements, most of it at no cost whatsoever to Ghana. Naomi Campbell, Idris Elba, Boris Cudjoe, Cardi B, even the royal couple of Jay Z and Beyonce, have all won the badge and flown the flag for a delighted Ghana.

So why is Ghanaian officialdom so keen on selling the success of the initiative on the tabletop of incoherent statistics and woolly numbers, instead of better cataloging these clear achievements? It is a very strange sight to behold. Various government agencies and supporters of the Year of Return program have bandied around figures such as “200,000” extra international arrivals; “1.5 million” total number of visitors for 2019;  and “$1.9 billion” extra tourist spending as statistical milestones of Year of Return programming, with an incredulous press panting to keep up.

The danger in elevating phantom figures to the level of truth is in the complacency they can breed.

I know most of these officials intend no malice and are probably just swooning from all the heady excitement, but before I am pummeled to pulp for being a killjoy, let me hasten to point out that sound data is important for drawing accurate inferences for effective policymaking. Ghanaian policymaking has been hobbled by fuzzy arithmetic and a plain inability of the bureaucracy to commit to evidence-based decision-making, a situation compounded by a media, academia and policy community that so often feel too overwhelmed to impose “evidence sanity” on the system. Whilst raw data is certainly available, induction, deduction, aggregation, extrapolation, and inference rarely rely on the most basic standards of data use.

The raw data pertinent to this matter makes a very straightforward case. As at last count, 750,000 international visitors had made their way to Ghana in 2019. The Authorities are projecting total arrivals for the year to hit 1 million. This is however doubtful considering the proximity to year-end. But even if the numbers do hit 1 million, that would only mean a tiny fraction more than the 984,250 visitors who showed up in 2018, in fact a mere 15,000 more.

According to Ministry of Finance budgetary computations, average spending per tourist was $1512 in 2014, rising to roughly $1800 in 2018. Let’s pad this to $2000. Though with Cedi exchange rate depreciation outstripping inflation, foreigners should actually find Ghana about 5% cheaper than last year and might spend less. Be that as it may, the “extra spending” that could conceivably be attributed to an increase in arrivals due to the Year of Return (if the projected 1 million visitors estimate holds up and spending per tourist holds steady) would amount to about $30 million in this scenario.

By what conceivable mechanism can a $30 million optimistic projection mutate into $1.9 billion then?

As already hinted, growth in tourist numbers in 2019 may well be below the average 3% per year rate seen over the last couple of years (and certainly below the 5.1% annual growth rate trend experts have projected between 2017 and 2027). There is further grounding for such speculation in the author’s own estimate of a rise in hotel and short-stay apartment rooms inventory, and a fall in average room rates based on his analysis of several weeks of Booking.com (a major travel site) data (the methodology involves simulated bookings for multiple rooms in a single query until the bot hits a ceiling and repeating this multiple times in periodic intervals, a bit like using a sonar).

But all this should really be beside the point since no data-conscious person would insist that every successful marketing exercise must bear immediate fruit. There is almost always a time lag before results materialize. Any sound analysis of the situation would suggest the benefits from the impressive branding effort will reflect in subsequent years, provided the momentum is well managed.

Everyone is rooting for Ghana’s quest for progress. But goodwill alone can’t fix weak policymaking rooted in bad data.

The danger in elevating phantom figures to the level of truth is in the complacency they can breed. So that instead of Ghanaian technocrats muscling up to build on this successful marketing exercise and translate the increased awareness about Ghana and its enduring international goodwill into tangible tourism gains, they would instead declare victory on all fronts, relying on shaky, unchallenged, numbers and then promptly relapse into business as usual. So, for instance, instead of focusing on what so spectacularly went well—the brilliant coopting of African American celebrities like Steve Harvey as informal brand ambassadors—they would be spending the time luxuriating in fictitious numbers bearing no resemblance to reality. There is worrying precedent to justify this anxiety.

The Year of Return is hardly the first time Ghana has sought to marshall its diaspora branding power. Officially, the country’s Joseph Project has not been abandoned, following the return to power of the NPP, Ghana’s ruling party, which conceived the project in 2006 as part of the Akwaaba Anyemi initiative.

Here too, the plan was to mobilize international and diapora goodwill for tourism and investment branding purposes taking advantage of the fourth centennial of the commencement of the main bulk of the trans-Atlantic slave trade and the second centennial of the abolishment of same. Announcements of the imminent construction of major monuments followed similar effusions of massive visitor numbers.

Then as now, a million visitors were projected. Just as was the case when Ghana won the bid to host the African Cup of Nations football tournament (CAN2008). A “million visitors” seem to be a motif of great constancy in the Ghanaian bureaucratic imagination. Delegations were sent to Bermuda, USA, Jamaica, Angola, Cameroon and Nigeria to market the Joseph Project, funded out of a Ministry of Finance allocation of about $60 million.

When the final reckoning came, only 65,000 more visitors arrived in 2007 compared to the previous years and the total tally was a grand 524,613. A similar underwhelming growth rate was recorded for 2008 too. By 2009, growth had dropped to 2%, showing that the momentum generated by both CAN2008 and the Joseph Project had been squandered.

The only reason, therefore, for sounding the alarm about these widely publicized and widely believed numbers is the wish to forestall these precedents from recurring, and to motivate the authorities to see their successful marketing and communications strategies as merely the foundation on which to construct a truly effective sales plan for Ghana’s tourism and investment climate potential.

Everyone is rooting for Ghana’s quest for progress. But goodwill alone can’t fix weak policymaking rooted in bad data.

Sign up to the Quartz Africa Weekly Brief here for news and analysis on African business, tech and innovation in your inbox