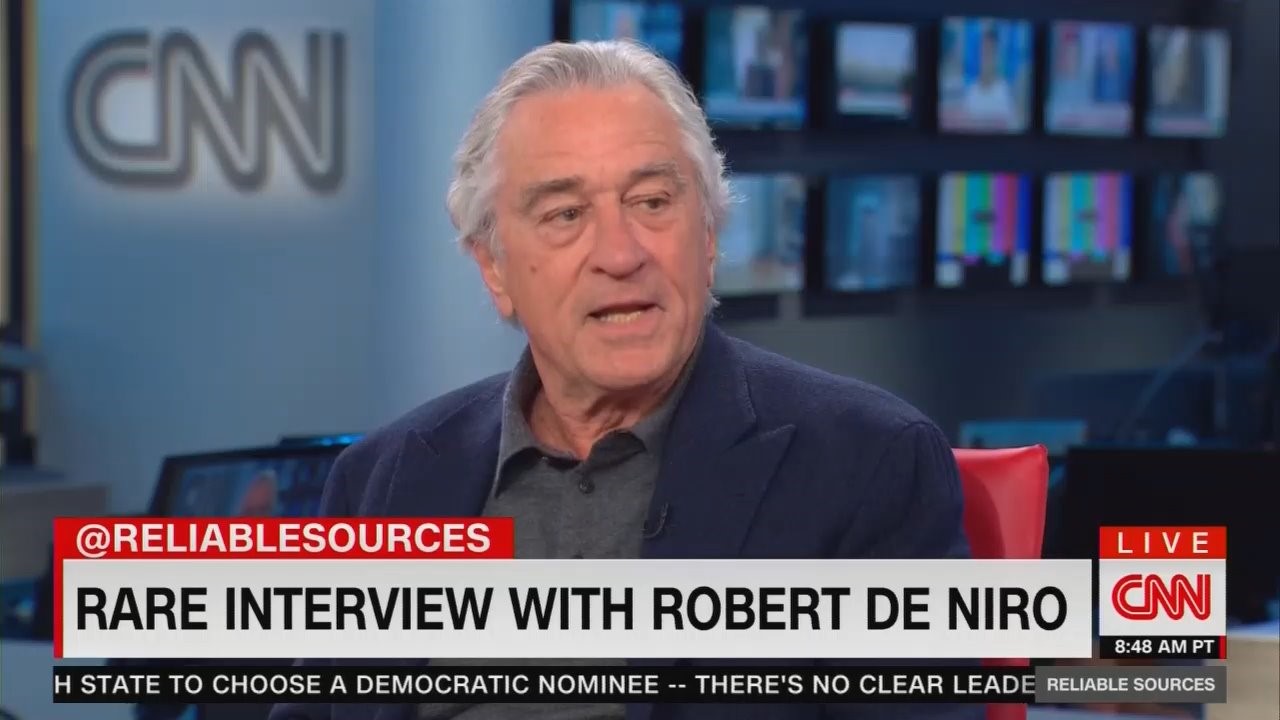 Honk if you’re tired of actor Robert DeNiro saying the crudest things about President Trump. Pam Key at Breitbart that in a podcast “Rumble with Michael Moore,” he said he would like to pummel the president with a a sack of poop. These are the people who say Trump has removed all dignity from the White House.

DeNiro talked to the socialist mockumentary-maker about the time he mused about punching Trump in the face, saying he didn’t mean it literally. He went on to tell Moore, “I’d like to see a bag of shit right in his face. Hit him right in the face like that, and let the picture go all over the world.”

“He needs to be humiliated,” DeNiro elaborated. “He needs to be confronted and humiliated by whoever his opponent is… They have to stand up to him, they don’t have to do it in an obvious physical way, but they have to have the formidability to confront him and to put him in his place, because the people have to see that, to see him be humiliated.”

“People have to see that?” Can you sense that DeNiro and his fellow leftists cannot stand that “the people” do not share their libertine values or socialist politics? While they march in lockstep, they mock Republicans for….marching in lockstep. Trump has “no good intentions.”

“There has not been one thing about this person that has been redeeming, as far as I can see. Nothing. For the Republicans who have fallen in line with him, I don’t understand it. It’s a disgrace. It’s beyond a disgrace. Shame on them. Shame on all of them…They’ve lost all reason. They have an obligation and a duty to stand up to him.”

Why do leftists all think everyone has to do what they want them to do?

DeNiro added, “I used to call him a pig, but pigs have dignity. He has no dignity. He is a disgrace to the human race.”

Is Brian Stelter upset he didn’t say these things during his softball interview?