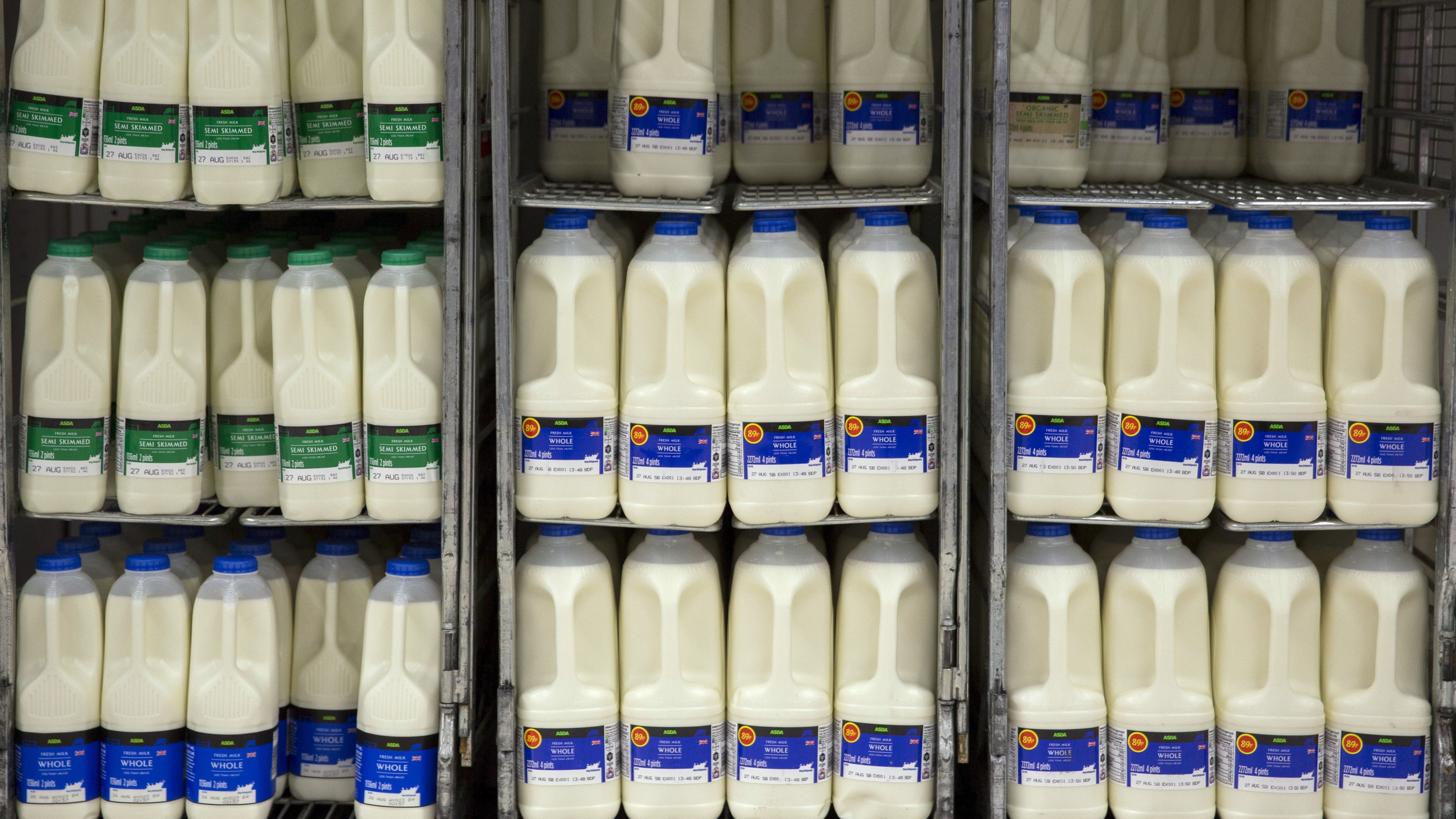 Dino Giacomazzi’s family has been in dairy for more than 125 years. In 1893, his great-grandfather immigrated to the US from northern Italy, a region that is part of modern-day Switzerland. He bought property between San Francisco and Los Angeles from the Southern Pacific Railroad, and turned the plot into a dairy farm—the state’s oldest.

Giacomazzi is the fourth generation in his family that works on the Hanford, California farm. But recently, he made national headlines when he announced he would shutter his long-running dairy operation to shift entirely into almonds. The news made him a vegan hero overnight, a poster boy for the perception that plant-based milks are taking over the cow milk sector.

“Traditional dairy products are on the decline. That’s good news,” one headline read.

The rapid rise of plant-based milk alternatives has been remarkable, especially when set against the backdrop of a US population that’s losing its appetite for milk from cows. But while being a dairy farmer is tough, the industry isn’t exactly wringing its hands over the ascendance (pdf) of milk-like beverages made from almonds, oats, peas, bananas, cashews, yeast, and soy.

The story behind the struggle of American dairy farms is far more complicated than a handful of nuts.

If you believe the tale as Giacomazzi tells it, the story of American dairy is one of an industry that has successfully evolved as technology advanced and the world grew more connected.

People in the US may be consuming less milk per capita now than they were a century ago, but that should not be misread as a decline in the overall dairy sector. The cheese and yogurt industries, for example, are booming. In 1910, the average consumer ate just over 4 pounds of cheese per year. Today, people eat a whopping 40 pounds.

That dramatic rise in consumption was enabled by technology—refrigeration, perhaps more than anything else. By allowing milk to be shipped further distances, refrigeration shifted dairy farms away from being purely local businesses. Operations got bigger, some consolidated, and they were able to serve growing cities.

“Then, when manufacturing came into play, and cheese and butter became common in the dairy markets, dairy became more of a regional industry,” Giacomazzi says. “And then over time it became a national thing.”

And then it became international, thanks to global economies stitching themselves together and rising demand in places like China. In California alone, about $1.6 billion in dairy is exported each year. That’s close to 30% of the what the state produces.

Globalization, though, presented its own set of problems. “Now that we’re a global industry, we’re subject to global price constraints,” Giacomazzi says. “We have to compete with Europe, which has been subsidizing dairy for generations.”

In 2014, the European Union created the greatest glut of dairy in history when it lifted supply restrictions on its farmers. That coincided with Russia invading and taking over the Crimean peninsula in Ukraine, which triggered tit-for-tat sanctions between the European Union and Russia. Until those sanctions, the EU had been exporting about a third of its butter and cheese to Russia. All that product had to go somewhere, and that rattled global supply and demand.

“From the 1990s until the end of 2014, the dairy industry had this very dependable three year cycle,” Giacomazzi says. “You’d make money, lose money, break even, and then make money again.”

As he puts it, though, the cycle was disrupted because it relies on stability and a population that grows by 2%—but birth rates in the US are declining. “All you can do is try to produce milk at a lower and lower cost and all you can do is scale up,” he says. “So the industry has been consolidating very rapidly.”

Giacomazzi acknowledges that the dairy industry, specifically milk, has hit some domestic roadblocks. But he doesn’t attribute it to plant-based milk alternatives. According to data collected by the Good Food Institute, which advocates for plant-based and cell-cultured foods, plant-based milk sales in retail hover around $1.8 billion. US sales of milk from cows is at about $16 billion.

Instead, Giacomazzi says milk has lost more of its share to water than to wannabe alternatives; he’s not wrong. And a closer look at milk consumption shows that a lot of cow milk varieties have stayed mostly stable. It’s the fall of whole milk that’s dragged down sales in that category.

A final explanation for the milk drop-off?

“They’re not having breakfast anymore,” Giacomazzi says. “The raisin industry and the cereal industry are having trouble surviving because nobody sits down and eats breakfast.” The data support his argument: According to Euromonitor, sales of ready-to-eat cereal in the US have steadily declined each year, from $9.5 billion in 2014 to $9 billion in 2018.

When asked why he chose to switch entirely into almonds and away from dairy, Giacomazzi brings up a building on his property, a barn built in 1937 (the same year as the Golden Gate Bridge).

“It’s an old-style dairy,” he says. “It’s not very efficient.” When thinking about all the ways he’d need to change his farm to stay competitive in the dairy game—new buildings, doubling the number of cows he milks, and more—he began to weigh his options. “It was a safe bet for us to invest in developing the land in almond trees,” he says.

Still, he says he’s optimistic about the future of the dairy business.

“There is opportunity, I think, for the future of dairy,” he says. “And I think the future is bright. There’s a whole world out there, outside of New York City and San Francisco, that wants to eat cheese, butter and meat.”