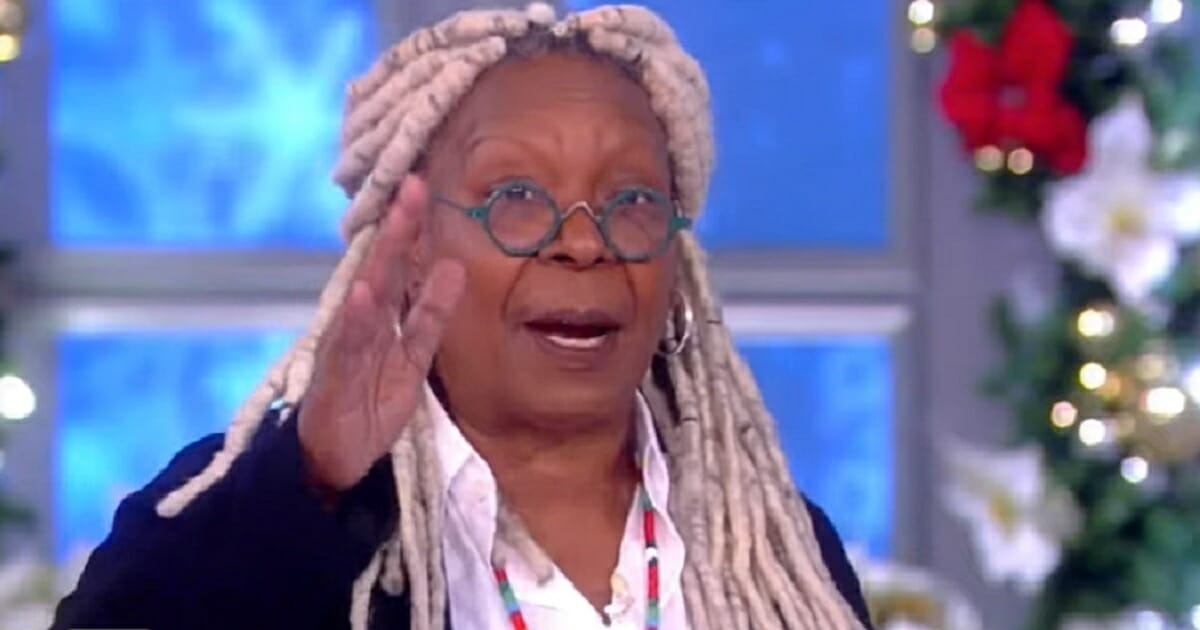 Some views are more equal than others.

No one who comes into regular contact with ABC’s “The View” should be under any delusions the show is anything but a left-wing talkfest.

But token conservative Meghan McCain is rarely as mistreated as she was on Monday’s episode when de facto den mother Whoopi Goldberg basically told her to shut up with the conservative opinions already.

She said “please,” but it was really an order — and it was a perfect glimpse into the leftist mindset.

Check it out here.

(Don’t let the cross-cackling bother you. Whoopi cuts in about the 10-second mark.)

Meghan McCain: “Do you want to hear a conservative perspective on this show ever?”

Would you watch ‘The View’ after an incident like this?

According to Yahoo, the bickering began over the Democratic drive to impeach President Donald Trump.

Co-host Sunny Hostin was criticizing GOP senators who voted to impeach Bill Clinton but would not do the same when it came to Trump.

“That is the height of hypocrisy for this Republican-led Senate,” Hostin said (as though every person who ever sat on a jury to convict one defendant was obligated to convict in every other case or be called a “hypocrite.”)

McCain tried to point out the problem, eventually asking if her co-hosts “wanted to hear a conservative on the show ever.”

That’s when Goldberg landed with her “please stop talking now.”

Even by “The View” standards, it was a brutally peevish moment.

McCain — whose “conservative” views are about the most that would be palatable on the show on a regular basis — has likely become accustomed to the kind of abuse its left-wing panelists like the scolding Joy Behar mete out to dissidents.

And as guests like Donald Trump Jr.,  Newt Gingrich and Rand Paul have experienced, anyone right of center on the show tends to get treated like they just won a Shirley Jackson lottery.

But the order Goldberg gave on Monday was new ground — and even drew news coverage from celebrity news outlets like Entertainment Tonight.

This is more than a daytime talk show squabble.

(In fact, too many college campuses have already served as an example of that, too.)

Nothing says tolerance and diversity like Whoopi Goldberg telling Meghan McCain to shut up after McCain says literally *a* sentence about the political fallout from impeachment. So much sisterhood from Goldberg.

Goldberg’s impulsive decision to once again cut off @MeghanMcCain on @TheView today is emblematic a larger problem where many on the left prefer to simply shut down their opponents.

My latest in @FDRLST: https://t.co/KXdUmA7iSF

That last one might not have been particularly erudite, but it summed up the feelings of many on the right when it comes to “The View.”

The show’s not meant to be an exchange of ideas. It’s meant to be a platform where the left’s grandees can spout progressive grandiosity while the trained seals in the audience clap on command.

Monday’s moment was a perfect example: the mindset of the left in action.