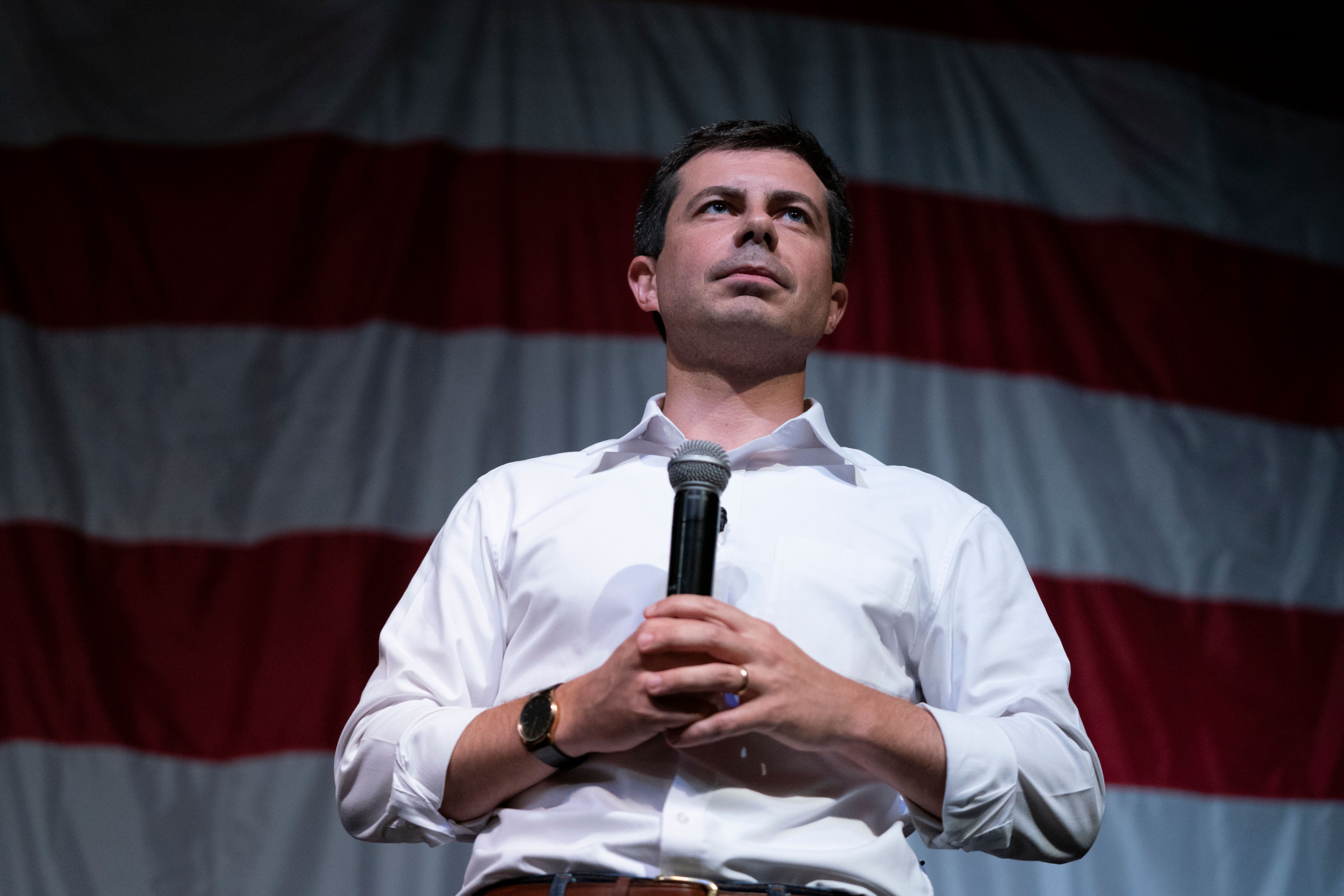 President Donald Trump’s campaign team has hit back at Democratic rival Pete Buttigieg after the South Bend, Indiana mayor accused the U.S. leader of fueling prejudice against the Latino community.

Rolling out his plan on Monday to deliver a “new era for Latinos” in the U.S. if elected president, Buttigieg blamed Trump for a recent surge in hate crimes targeting Latinos.

“As the largest ethnic group in America, Latinos are a key part of the economic engine for our country,” Buttigieg said. Yet, “despite these contributions…Latinos have been subjected to relentless and bigoted attacks by this President and his administration.”

Responding to Buttigieg’s claim, Daniel Bucheli, the deputy press secretary for Trump’s campaign team, told Newsweek that “failed, part-time Mayor Pete has no clue what it takes to lead and help any communities flourish.”

Bucheli added, “President Trump’s record of success for the Latino community is unmatched.”

Noting that under Trump unemployment among Latinos in the U.S. has reached historic lows, while businesses owned by Latinos continue to show growth, the president’s campaign team questioned how Buttigieg will ensure that success continues.

As the Trump campaign team noted, Buttigieg’s vow to bring about a “new era for Latinos” also comes on the heels of the tumultuous rollout of his plan aimed at addressing concerns among black communities in the U.S.

Promising to invest in Latino-owned businesses, Buttigieg also vows to work towards creating a pathway to citizenship for the approximately 11 million people living in the U.S. undocumented as “immigration is a vital component of the American story and is particularly important to Latinos.”