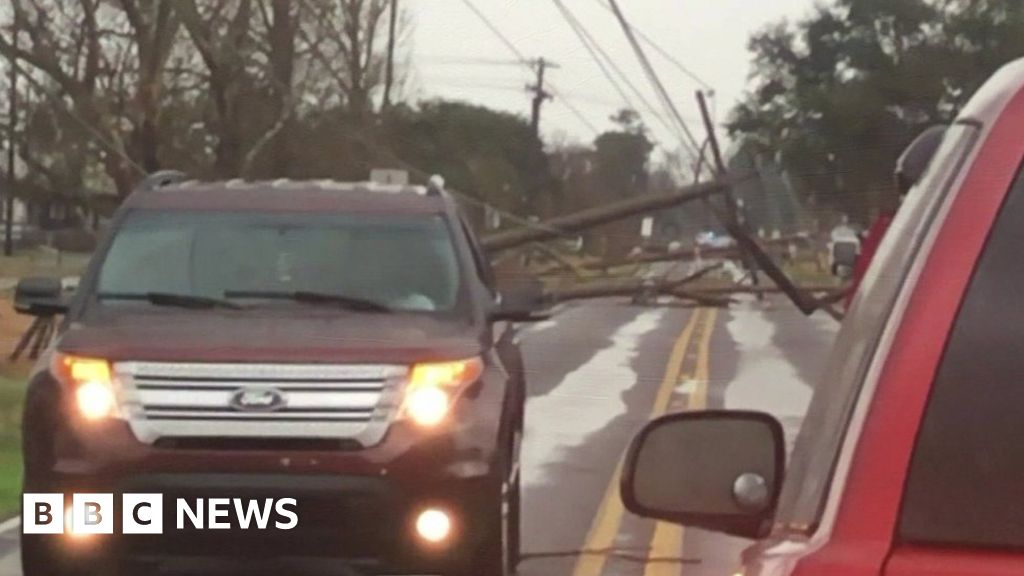 Tornadoes have torn through several south-eastern states in the US, killing at least three people and injuring several others, officials say.

Two people were killed in Alabama and one in Louisiana, according to local authorities.

Officials said they would survey the extent of the damage on Tuesday.

The department said there had been “significant structural damage to several churches [and] numerous residences” in the area.

In Alabama, officials said the two people killed were husband and wife. A seven-year-old child was also reported to be among those injured in the state.

Multiple injuries were also reported in Mississippi, where officials said dozens of homes had also been damaged.

At least 28,300 people experienced power cuts in Mississippi, Louisiana and Alabama, according to the tracking site PowerOutage.Us.

Meteorologists said the tornadoes were expected to die down by early Tuesday, while the storms moved into Georgia, Florida and the Carolina coasts.