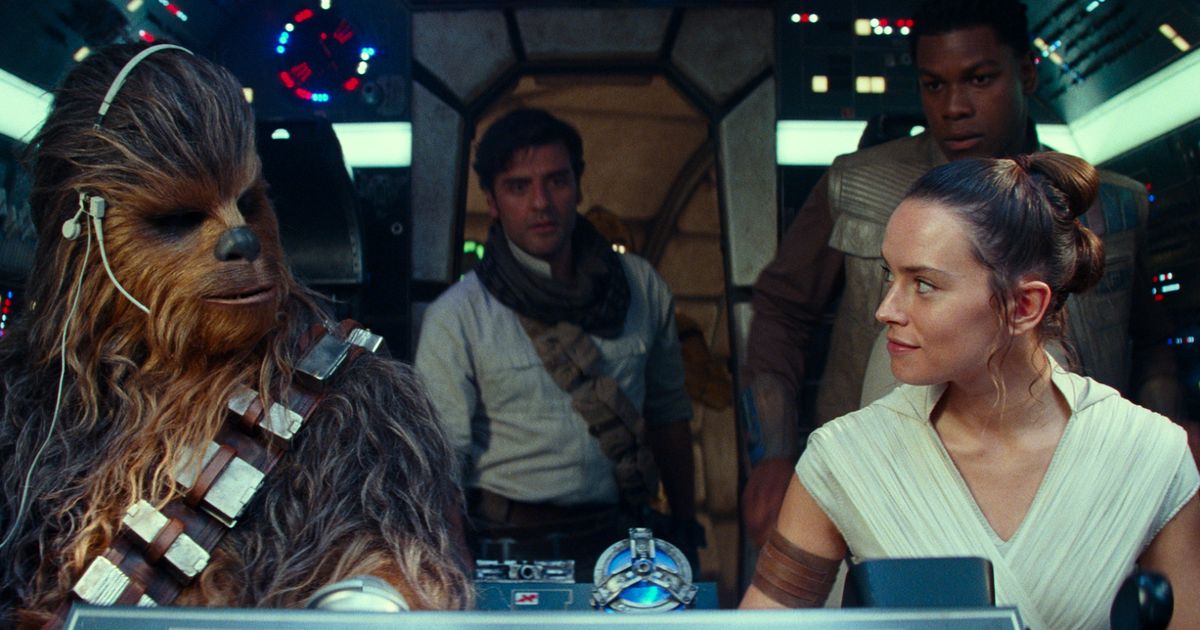 Some people who are not you have now seen Star Wars: The Rise Of Skywalker, and those people seem to have enjoyed it.

Of course, we won’t know its true legacy until a small handful of folks have collectively decided whether it is suitably respectful of their personal feelings and opinions.

It looks like it might take a while for everyone to work out their feelings, but here are some snap judgements from people who literally just walked out of the premiere, which was in Los Angeles on Monday night.

None of these tweets are spoilers, but just know this: The phrase “a lot” is popping up… a lot.

#TheRiseOfSkywalker is ummmmmm a lot! tons to love here, no shortage of crowd pleasing moments and twists and cameos, but also quite a bit to 🤔. some faves: jannah 💜, d-0 💚, finn of course 🖤. and what a lovely send off for our general leia 💕🚀💫

#StarWars #TheRiseOfSkywalker is a lot. It’s a big, giant movie with a lot of spectacle and high stakes and it’s definitely going to start a conversation (or a lot of conversations) among fans.

I’m gonna need a minute to digest #StarWarsTheRiseofSkywalker. There’s so much movie in this movie. But its best moments are the quietest and most human. Giving this more of a think, though.

STAR WARS: THE RISE OF SKYWALKER is certainly the most convoluted Star Wars. There is a lot I liked, but the first half gets so bogged down with exposition and new plot and doodads and beacons and transmitters, it feels like it should have been three movies on its own.

So, I’m not too surprised and at times I felt too much fan service was given, but #TheRiseofSkywalker is everything and nothing that you’re expecting.

So I guess what my immediate reaction is: God I love this franchise and I’ll miss the Skywalker saga.

THE RISE OF SKYWALKER is everything I wanted it to be — because there’s never been a STAR WARS movie like this before.

It’s dark and scary, but hopeful and beautiful.

It ends the trilogy while also ending the saga as a whole.

I know I’m rambling — but I worship this movie. pic.twitter.com/XoJFl8Rv8n

Epic. All of it. #TheRiseofSkywalker is a terrific finale that is just stuffed with so much of everything. Action, adventure — answers!! — humor, heart, love, and grit. I spent the entire second half with tears in my eyes – a wonderful way to end the Skywalker story pic.twitter.com/K2NhHSGWzM

Star Wars: The Rise of Skywalker is the ultimate Star Wars Movie for Star Wars fans who want more of the same. Its 100% fan service & a collective hodgepodge of all Star Wars films combined. It didn’t work for me but fans of Force Awakens are going to love it. #RiseofSkywalker pic.twitter.com/RkVEb0a07X

#RiseOfSkywalker has a bumpy start but find its footing and when it does, it flies – especially the second half. Dug the conclusion of certain key storylines – things I didn’t even think I wanted. Random big likes – the use of Rey’s theme, lots of lightsabers and D-O.

Wow. Wow. Wow. #TheRiseOfSkywalker delivers. So much happens in this film it’s hard to get my head around. But it gets this epic ending right. So right. JJ Abrams and team nails it. And gives a whole new appreciation for The Last Jedi in the process. Please avoid sppolers!

Footage of my face watching #TheRiseofSkywalker…

JJ Abrams juggled that film & the scope of 42-years of storytelling, beautifully. I’m just in awe of the direction, cinematography & Williams’ score.

It’s everything fans are hoping for & more. Abrams really did the impossible! pic.twitter.com/KE2E1xl2LV

LOTS of emotional fan service. Leia truly is the heart of the film. Yes, all of your questions are answered if not immediately off the bat. Seriously though…#DisneyPlus green light The Adventures if Poe & Finn #TheRiseOfSkywalker

Just came out of the World Premiere of #TheRiseOfSkywalker WOW! I laughed. I cried. I cried again. What an incredible end to a saga that has lasted so many years. Thank you to Disney for inviting me and my mum along to the screening.