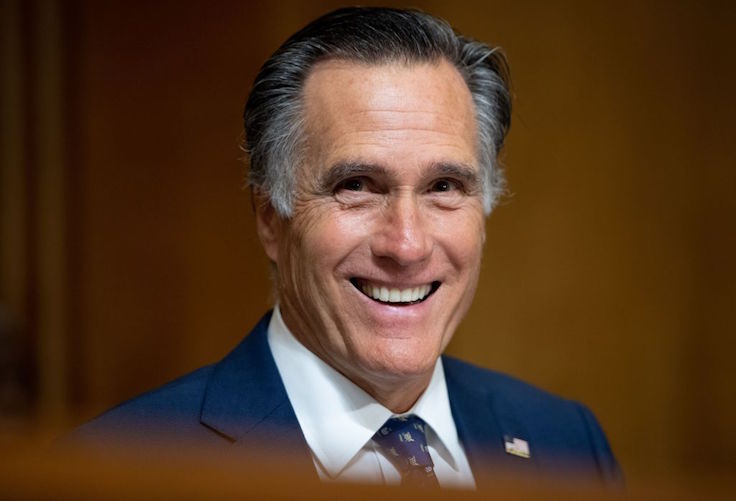 Sen. Mitt Romney (R., Utah) on Sunday evening announced a plan to give American parents up to $2,500 per child per year.

Romney’s proposal, a bipartisan scheme with Sen. Michael Bennet (D., Colo.), would use the federal child tax credit to give parents at every income level $1,000 per child per year, with an added $500 for children under the age of six. To encourage work, the tax credit rises with income, up to an additional $1,000 per child.

“As negotiations over tax provisions developed, Senator Romney saw an opportunity to partner with Senator Bennet on pro-family, pro-child policy that would benefit millions of Americans,” Romney press secretary Arielle Mueller told the Washington Free Beacon. “Their proposal builds on the work done by Senators [Marco] Rubio [(R., Fla.)], [Mike] Lee [(R., Utah)], and others to provide significant tax relief to more moms and dads across the country. By making the child tax credit fully refundable, the proposal will especially help parents handle the costs of raising children, while still encouraging work as the benefit phases higher alongside income.”

Although couched in tax-policy arcana, the announcement represents a major milestone for congressional conservatives. Although a number of his colleagues, including Rubio and Lee, have advocated for federal family leave policies in recent months, Romney is the first to take the step of backing a universal child payment, a longtime goal of many family policy experts.

“Romney’s support is groundbreaking because it’s the first time a Republican member of Congress has supported full refundability,” Joshua McCabe, professor of sociology at Endicott College and senior fellow at the right-leaning Niskanen Center, told the Free Beacon. “Up until now, the idea has gained traction largely among reform conservatives in think tanks and columnists.”

Under current law, parents can deduct up to $2,000 per child from their tax bills. Of that amount, $1,400 is “refundable,” i.e., is given to parents even if their tax liability is less than $1,400. There’s a limit to that refundability, however, as refunds cannot exceed 15 percent of earnings over $2,500. In effect, that leaves the poorest families—those with income under $12,000 or so—without access to a full child payment.

The major innovation in the Romney-Bennet plan is to allow greater refundability for lower-income parents. For each child under six, parents would get a fully refundable $1,500 credit regardless of their income, and $1,000 for each child over the age of six. Parents could deduct even more—up to $1,000 per child—depending on income. Both payments phase out for individuals making in excess of $200,000 or couples making $400,000.

The plan would cost approximately $24 billion per year in forgone tax revenue, a Niskanen analysis released Monday showed. In exchange, it would substantially reduce U.S. child poverty rates, which are among the highest in the developed world. Niskanen estimated that some 1.6 million children and 1.1 million adults would be lifted above the poverty line thanks to the added income.

The proposal is framed as a solution to Congress’s ongoing debate over spending authorization for 2020, and includes a handful of other changes to tax law. But, McCabe told the Free Beacon, the real significance is in what Romney’s support signals politically.

“Romney is typically associated with the business wing of the Republican coalition, which has been the most skeptical of fully refundable tax credits. As such, it opens new space for pro-family members of the coalition to come out in favor of it,” McCabe said. “Depending on how this plays out, we could be seeing the beginning of a realignment within the GOP coalition on family policy.”

Those “pro-family members of the coalition” have gained increasing sway over the past year, especially as President Donald Trump’s administration has pushed for a conservative solution for federal paid family leave. Congressional Republicans have floated three plans—one backed by Romney and Rubio, one from Sens. Joni Ernst (R., Iowa) and Lee, and a bipartisan bill from Sens. Bill Cassidy (R., La.) and Kyrsten Sinema (D., Ariz.).