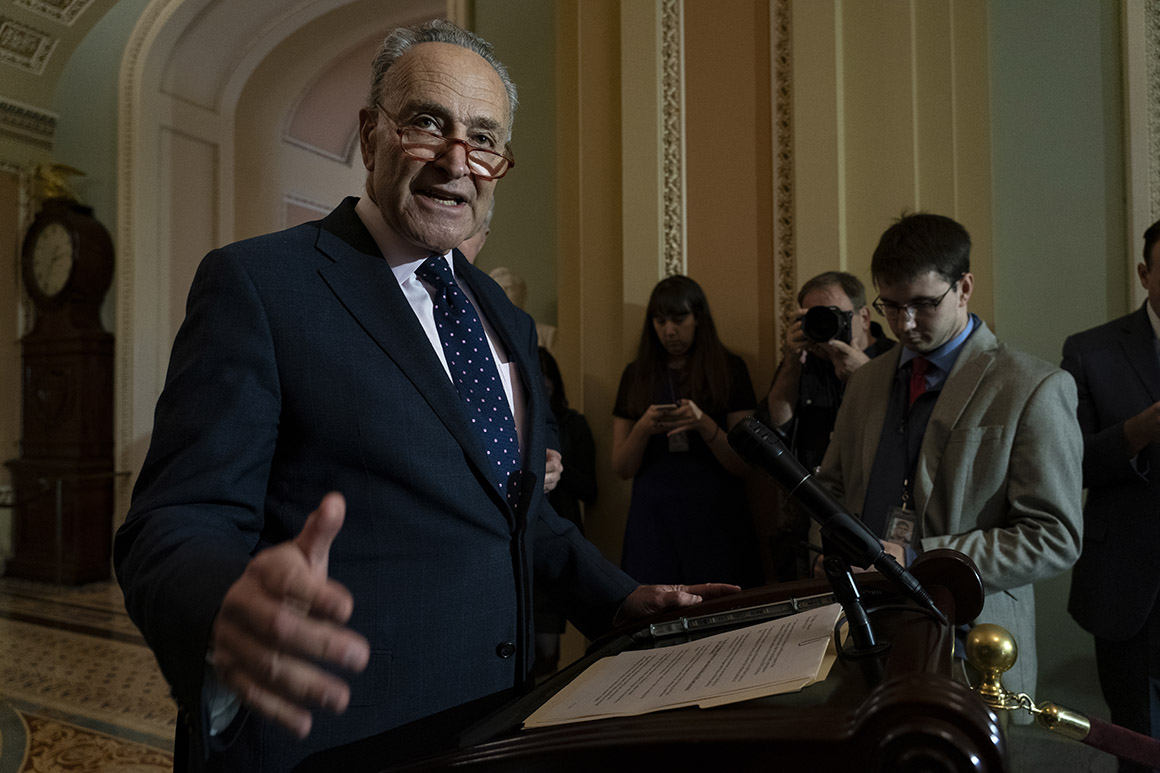 In a letter sent Sunday to McConnell, Schumer laid out a proposal under which the Senate would call several witnesses the White House has refused to make available in the House’s impeachment inquiry, including President Donald Trump’s acting Chief of Staff Mick Mulvaney and former National Security Adviser John Bolton. Schumer also requested additional documents that the president has declined to provide.

It was an aggressive play from the chamber’s top Democrat and one certain to be rejected by most Republicans. But the cool response from one of the few GOP senators undecided on impeachment highlights the partisan tensions consuming the Senate before the trial even starts.

In fact, many Republicans retorted that if Schumer wants to go down the path of calling in Trump administration witnesses for the Senate impeachment trial, they too can play that game.

Several GOP senators said that any conversation on witnesses would quickly turn to subpoenaing Hunter Biden, who has come under scrutiny for his role advising Ukrainian gas company Burisma while his father was vice president.

“If we’re going to have witnesses… then you’re going to have allow the defense to call witnesses that they believe are exculpatory. If that’s the direction [Democrats] want to go, then that’s what we’ll do,” said Sen. Marco Rubio (R-Fla.). “You can’t have a process where only side gets to call unlimited witnesses.”

GOP leaders said Monday that they still believed that the question of witnesses will be dealt with after House Democrats and Trump’s attorneys present their arguments, as it was in Bill Clinton’s case.

“When both sides have presented that prima facie case, then the question should be if there are any witnesses we would call that would change the outcome. And if the answer is no?” said Sen. Roy Blunt (R-Mo.). “Stretching this out for further political advantage is in nobody’s best interest.”

Trump and some of his conservative House allies have called on Senate Republicans to haul in controversial witnesses like Hunter and Joe Biden or House Intelligence Committee Chairman Adam Schiff (D-Calif.). But GOP leaders are loath to let the Senate descend into a circus-like atmosphere and McConnell is eager to avoid choices that might divide his narrow majority.

The House is expected to impeach Trump Wednesday for pressuring the Ukrainian government to announce investigations into his political rivals, like Joe Biden, and for obstructing the congressional inquiry that followed.

The Senate is expected to take up the impeachment trial in January, but McConnell and Schumer have yet to sit down and hammer out the details of what that would look like.

McConnell said Monday that the two would be “getting together” and that he’ll have more to say Tuesday. Schumer’s demands, deemed unrealistic by Republicans, came up in McConnell’s leadership meeting, but only in passing, according to an attendee.

Several Republican senators said they hoped that the two leaders could come to a bipartisan agreement to govern the trial’s proceedings, which also happened after Clinton was impeached.

McConnell has suggested that if they can’t reach a deal, the Senate could move forward with a partisan proposal that would only require approval from 51 of the 53 Republican senators. But there’s no guarantee the party could reach a consensus. GOP senators like Collins as well as Mitt Romney of Utah and Lisa Murkowski of Alaska could prove hard to persuade.