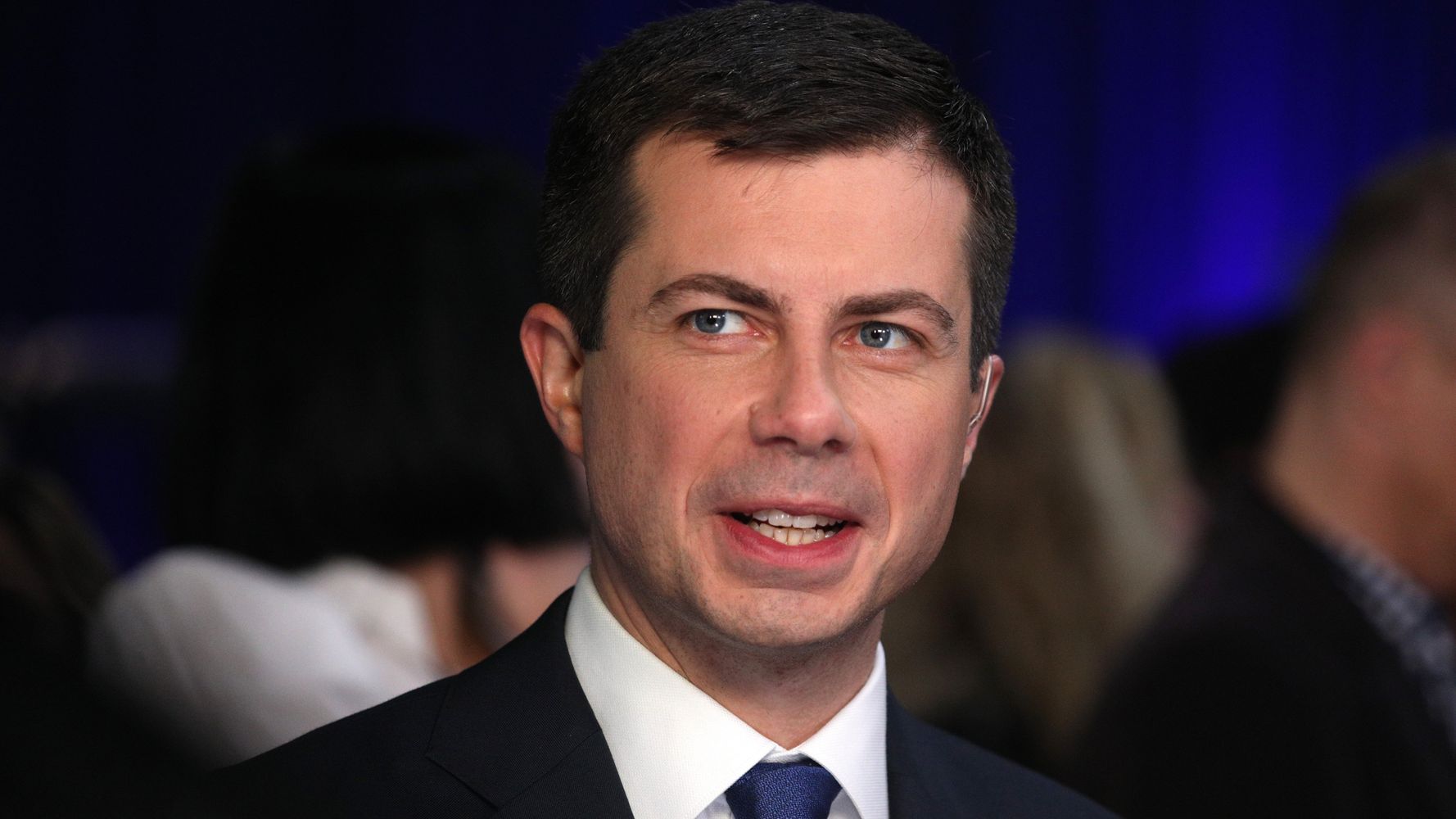 Photos have emerged of Pete Buttigieg’s lavish Sunday fundraiser at a winery in California’s Napa Valley, fueling criticism of the Democratic presidential hopeful’s ties to big-money donors and the access he gives them behind closed doors.

The photos, tweeted by Recode’s Teddy Schleifer on Monday, show donors dining with the South Bend, Indiana, mayor in the Hall Rutherford wine caves beneath a chandelier decked in 1,500 Swarovski crystals.

Though reporters covering Buttigieg’s campaign could view his prepared remarks and a Q&A session, the rest of the event was closed off to everyone but the invited donors.

Here are some photos of the Buttigieg fundraiser in Napa — with the famous wine cave and the chandelier with 1,500 Swarovski crystals — that @BrianSlodysko wrote about.https://t.co/0sprQ3aDsy pic.twitter.com/3waO6jO93L

Buttigieg’s rivals for the Democratic nomination say that his lack of transparency about his contributors should be a red flag to voters.

“Not $18 dollar donors?” Faiz Shakir, campaign manager for Sen. Bernie Sanders (I-Vt.), tweeted in response to the photos. The comment was in reference to Sanders’ average donation coming in at around $18 for the third quarter of 2019, whereas Buttigieg’s was at best nearly double that amount.

As Buttigieg has surged in the polls, Sanders and fellow candidate Sen. Elizabeth Warren (D-Mass.) have upped their criticisms of the mayor’s big-money donors and closed-off fundraisers.

“Those doors shouldn’t be closed, and no one should be left to wonder what kind of promises are being made to the people that then pony up big bucks to be in the room,” Warren said earlier this month.

Sunday’s fundraiser was hosted by Craig and Kathryn Hall, the winery’s billionaire owners who’ve given millions to the Democratic Party. The massive contributions they made in the 1990s helped land Kathryn Hall the ambassadorship to Austria under President Bill Clinton.

“We are proud to have the support of more than 700,000 grassroots donors across the country who are helping power this campaign,” Meagher told The Associated Press. “The only thing people are promised at an event with Pete is that he will use that money to beat Donald Trump.”