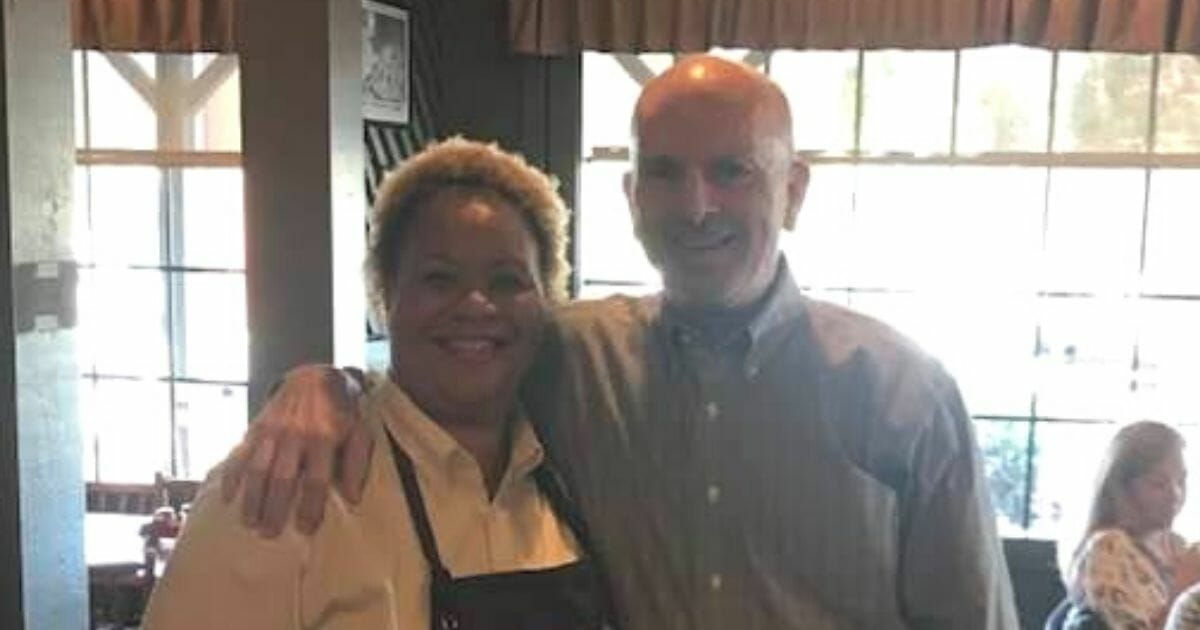 A group of 12 diners left a $1,200 dollar tip for a waitress working at a Cracker Barrel in Dublin, Georgia, as a way of saying Merry Christmas.

Janet Ballard, 53, has been working at Cracker Barrel for over 10 years, according to Today.

During Ballard’s shift on Wednesday, she was assigned to a table of 12. Ballard told Today that she felt an instant connection to the group of friends who had come out for breakfast together.

“I connected with them immediately,” Ballard said. “I’m a people person.”

“I start with greeting them and finding out what needs they have, if they have allergies or whether they’re vegan. Everything that they can possibly need or want I try to hone in on those things when I’m taking that individual order.”

When the meal was finished, the group handed Ballard a Christmas card. Inside the card was a stack of cash — $100 dollars from each person in the group for a total of $1,200.

As she counted the money in front of the diners, tears of shock and joy began to fall from Ballard’s face.

“May God have the Glory for all that is done in his name,” diner James Deal wrote on Facebook, along with several photos of Ballard opening her gift.

“I read the card and it had scriptures on it, which let me know they were good people … They were very genuine individuals. They were total strangers,” Ballard told Today.

Ballard found herself unable to contain her emotion, try as she might.

“I got so emotional and I don’t really like to cry with a camera in my face, but I didn’t even care at this point,” she said. “I had 12 total strangers saying, ‘Hey, we care enough about you because of how you made us feel while we were dining and we want to be a blessing to you and your family.’”

RELATED: Watch Quick-Thinking Man Leap Into Action To Save Dog from Leash Caught in Elevator

Ballard said the money was an answer to prayer. She needed to pay her taxes and was able to make an early car payment. She also gave some of the money away, generously tipping a waitress after eating lunch at a seafood restaurant as well as the manicurist at a nail salon.

“Because of the gift of love and caring and sharing I’m able to not only be a better Janet, but I am able to be an example for people this time of year who don’t have hope,” Ballard said.