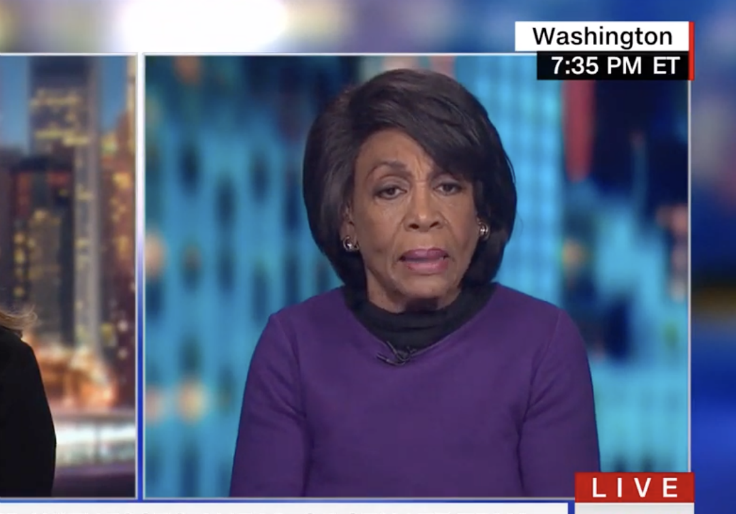 Rep. Maxine Waters (D., Calif.) said she’s convinced President Donald Trump wants to lift sanctions on Russia as part of a grand bargain with Russian President Vladimir Putin — though she doesn’t have the facts to prove it.

Waters, the chairwoman of the House Financial Service Committee, said that “even though I don’t have the facts to prove it,” she continues to believe Trump wants to lift sanctions against Russia in exchange for Putin’s interference in the 2016 election.

“I will always believe this, that he agreed that if he got elected, he would lift those sanctions,”Waters said during an interview on CNN. “He would like to do it. He’s not been able to do it, but when they talk about we’re just making things up, and he talks about this as a witch hunt, there are too many facts.”

Trump-imposed sanctions against Russia have cost Putin “tens of billions of dollars.” In 2018, the United States expelled 60 Russian diplomats, 48 of whom were intelligence agents, after they allegedly used a nerve agent to poison a former Russian spy in the United Kingdom.

Waters has been spreading conspiracy theories about Trump and Putin since 2017 and has been a champion of ousting the president even in the opening days of the administration. She said she was “ready to talk about” impeachment in February 2017, three weeks after Trump was sworn into office. Her comments to CNN come as the House weighs an impeachment vote against Trump over his handling of military aid to Ukraine.