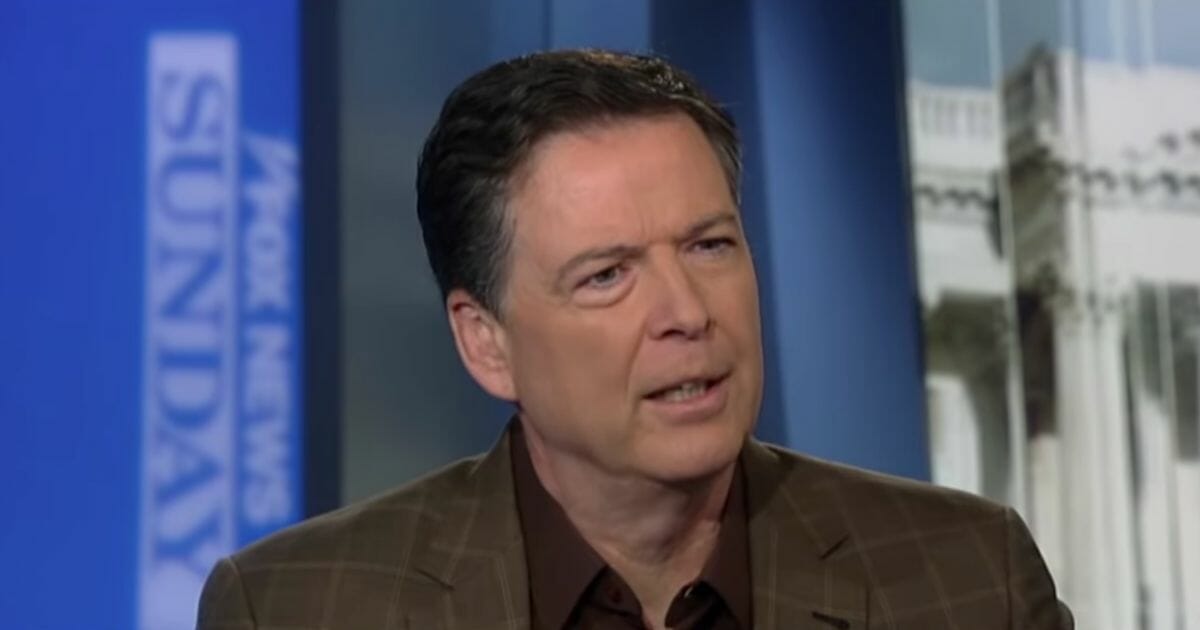 In the wake of the release of the Justice Department Inspector General’s report on the FBI’s abuse of the Foreign Intelligence Surveillance Act to obtain warrants in 2016 to spy on Trump campaign adviser Carter Page, former FBI Director James Comey sat down for a discussion of the report with Fox News’ Chris Wallace on “Fox News Sunday,” and it was a doozy of an interview.

To his credit, Wallace — who is no fan of President Donald Trump — repeatedly pressed Comey on the clear abuses and mistakes made under his watch that were exposed by the IG.

At one point in the nearly 16-minute interview, Wallace brought up the fact that the FBI had learned, through an interview with the primary sub-source, of the unreliability of former British spy Christopher Steele — whose anti-Trump dossier had served a “central and essential” role in the warrant against Page — yet had failed to disclose that pertinent information to the FISA court.

Comey seemed to reply that he didn’t care if it was credible or not.

Wallace noted that Comey had, around the same time the FBI had learned of Steele’s unreliability, briefed then-President-elect Trump in Trump Tower on January 6, 2017, about portions of the Steele dossier — a briefing that was seized upon by the media to then release and report on the dubious documents.

“Director Comey, not only do you fail to go back to the president-elect, or president after Jan. 20, and tell him, ‘Oh, you know that report I briefed you on? Turns out it’s bunk,’” Wallace said.

“But the FBI goes back and renews its FISA application three more times, and by this point, the FBI knows that the Steele reporting is not credible.”

Comey replied that Wallace was “mischaracterizing” what was known by the FBI and what the IG had said, and took issue with the use of the word of “bunk” to describe the totality of the dossier.

Do you think Comey should face consequences for what his FBI did to Carter Page and President Trump?

He further implied that it was Steele’s sources, and not Steele himself, who had been deemed not credible — information which he admitted should have been included in the applications to the FISA court.

“When I briefed the president, I briefed him on a small part of it that I told him I didn’t know whether it was true or not, I didn’t care. I just needed him to know about it,” Comey said.

Consider that statement for just a moment, particularly in light of the fact that Comey has portrayed himself as some sort of high-minded arbiter of integrity, justice and truth.

If that were the case, wouldn’t Comey have most certainly cared whether what he was telling the president-elect was true and verified or just some unsubstantiated rumors circulating around the internet and intelligence back-channels?

Furthermore, as Wallace had noted, why didn’t Comey go back to the president at a later date and inform him of what had been discovered about the Steele’s lack of credibility?

RELATED: Trump Goes In on Comey, Wants Apology and Suggests ‘Years in Jail’

Given what we now know of the decidedly uncredible nature of the dossier, and in light of the strong suspicion that Comey’s briefing of Trump about it was a planned pretext to grant cover for the media’s public reporting on the dossier’s contents, Comey’s “I didn’t care” remark comes across as both damning and flippant.

Comey “didn’t care” whether the dossier was true because his mentioning of it in the briefing was never intended to be an actual warning to the president, but rather was designed as a means to introduce the “salacious and unverified” information into the public sphere, which is exactly what happened days later when Buzzfeed published the entire dossier.

You can watch Comey’s whole interview with Wallace below. The relevant portion about Comey’s briefing of Trump begins at about the 5:50 mark.

Trump was absolutely right to fire Comey and probably should have done so on Day One after being sworn into office. Comey’s subsequent behavior over the past few years, culminating in this ridiculous interview, only confirms as much.