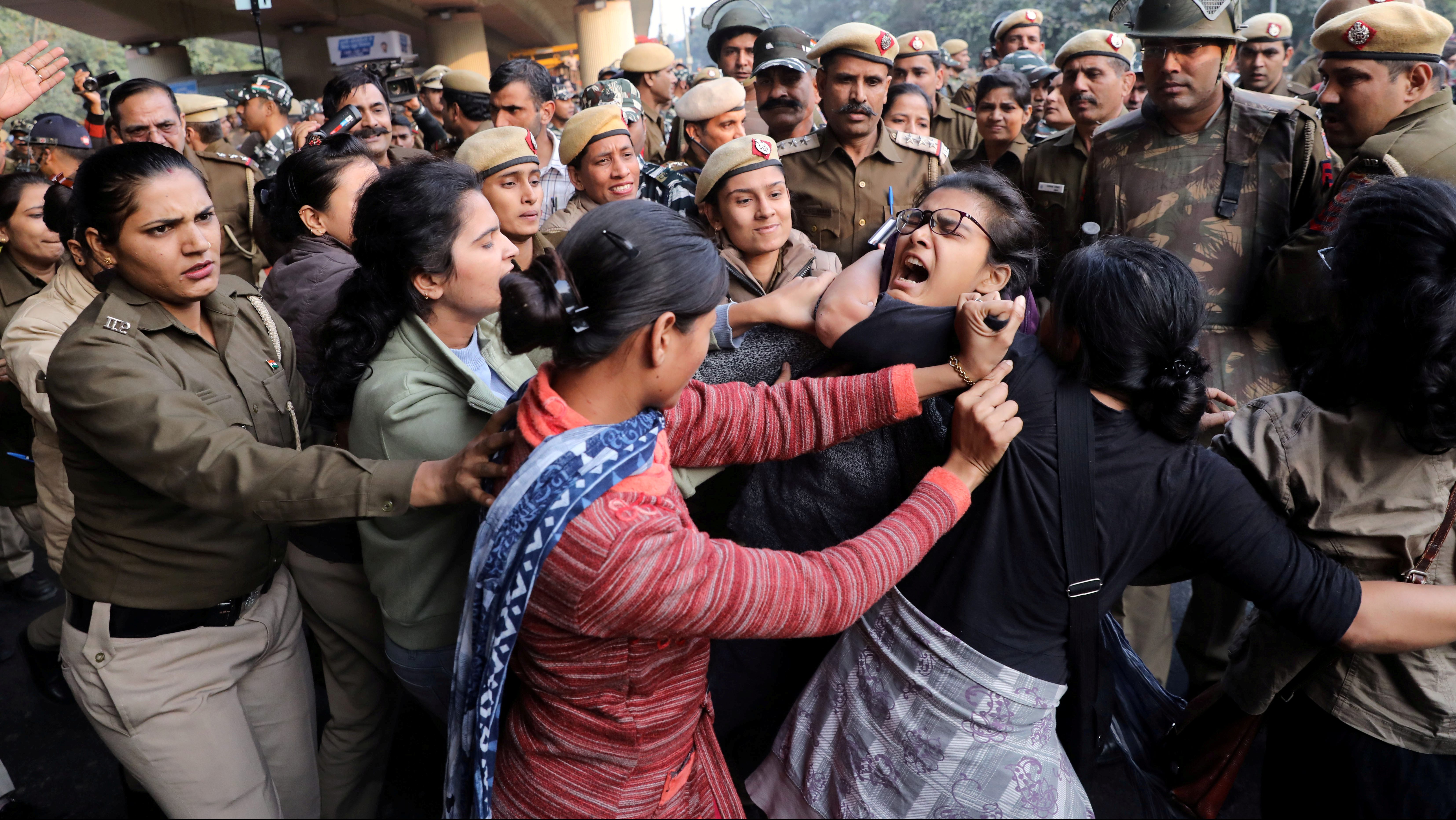 Universities and colleges across India are on the boil.

After the Delhi police stormed the Jamia Millia Islamia (JMI) university and beat up students protesting the Citizenship Amendment Act (CAA) yesterday (Dec. 16), several other campuses have risen in solidarity.

This includes the elite Indian Institutes of Technology (IITs) that have organised agitations and Harvard University, which has issued a statement in support of the injured students.

Students of Delhi University (DU) boycotted exams and held a protest today. In Uttar Pradesh’s capital, Lucknow, students of Nadwa College gathered and chanted slogans like “Awaz do, hum ek hain” (Say, that we stand united) as the police tried to control the situation.

Students in Mumbai, Ahmedabad, West Bengal and in the southern parts of India, too, took to the streets to protest police brutality at Jamia and the controversial new Act.

Many of them have thought up innovative ways to protest.

The streets of state capital, Kolkata, are filled with chants of Bella Ciao. The revolutionary Italian folk song was popularised by the paddy field workers in the late 19th century to protest against their harsh working conditions. Since then, the song has featured in many protests across the world.

In a video shared by The Quint, students of Jadavpur University are seen marching to the song’s Bengali version.

Students from Calcutta University, Indian Institute of Engineering Science And Technology, Shibpur, the Centre for Studies in Social Sciences, Presidency University, and several other institutions also joined the protests.

The northeastern state has been on the boil for some two weeks, with the anti-CAA protests even turning violent. Curfews have been imposed and internet services intermittently cut off since Dec. 11.

Unfazed, people there are finding new ways to protest.

A popular slogan from the Assam Movement days (1979-1985), Joi Aai Axom (glory to mother Assam), has made a comeback. The slogan is part of the poem, Axom akou unnatir path…Joi Aai Axom bol (Assam is again on the road to prosperity…all hail our motherland) written by Ambikagiri Raichoudhury.

Other slogans being raised include “Lai-lai, sei-sei” (get lost), “BJP bepari, husiar, husiar (BJP only understands business, mind it),” “Nipat jauk, nipat jauk (let it be destroyed),” and “Sonowal sarkar hai hai,” according to reports published in The Telegraph newspaper last week.

In the national capital, yesterday, Jamia students formed a human chain and protested bare-bodied to condemn the violence. Following the violent action by the police on Dec. 15, students have sought to appeal to their softer side. One protestors shared am interesting slogan on her Twitter account:

The slogan “chowkidar chor hai” (the watchman is the thief) was also heard, a reference to Congress leader Rahul Gandhi’s electoral campaign earlier this year.

In the southern Indian state of Kerala, known for its Leftist politics, chants of “Inquilab Zindabad” (Long live the revolution) reverberated on streets and roads

Kerala natives involved in the protests in Delhi were even using Malayalam language graffiti using expletives, reportedly, before the city police headquarters.

The popular “Azaadi” slogan, which first entered public consciousness with the 2016 Jawaharlal Nehru University (JNU) agitation,  did the rounds in Bihar.

On Twitter, former JNU student leader Kanhaiya Kumar shared a video showing him leading the sloganeering at a youth rally in Purina district.

In capital, Patna, protests turned violent after vehicles were torched by a mob.