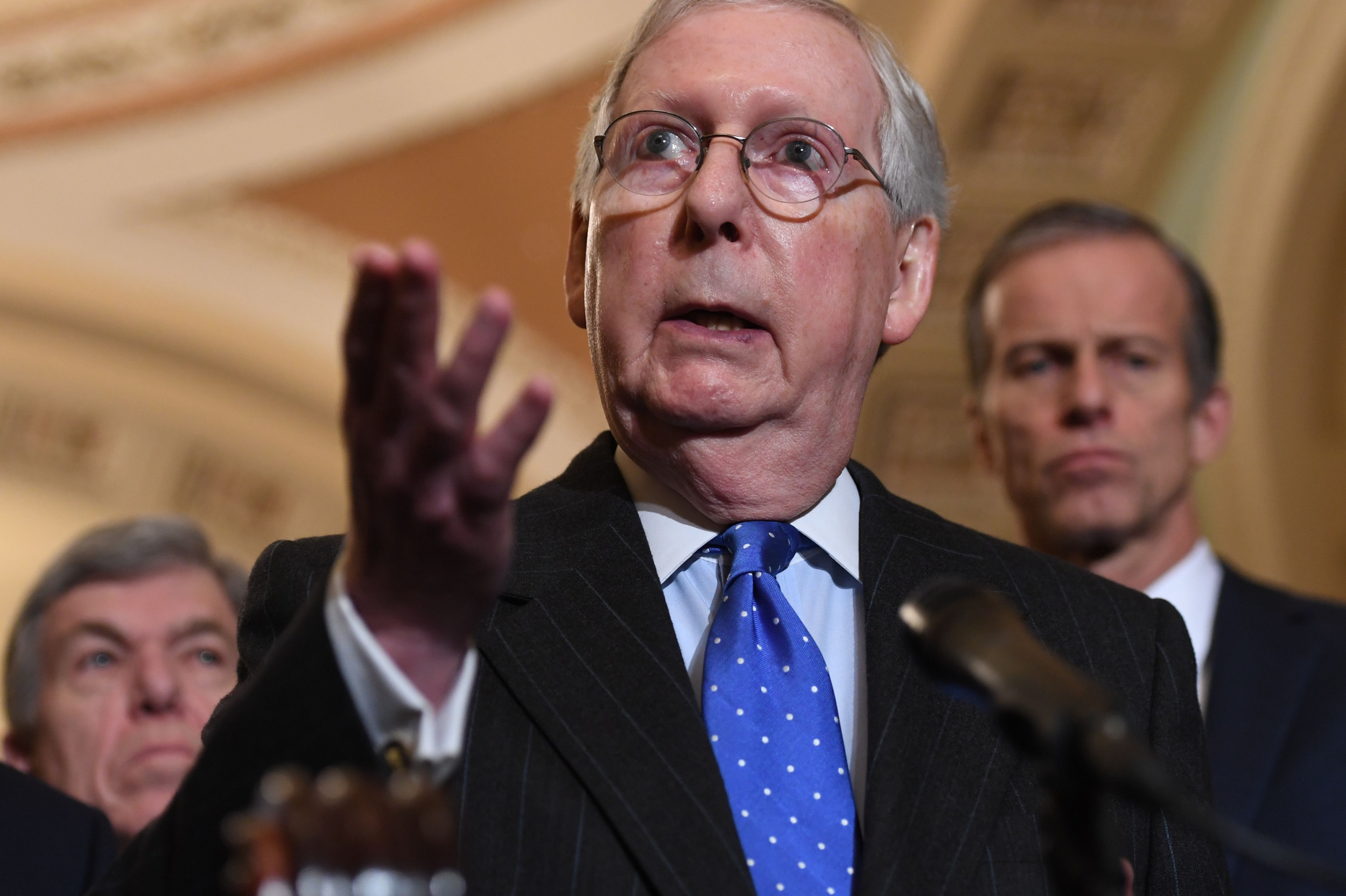 A former acting solicitor general has dismissed early Republican wrangling over a potential Senate trial of President Donald Trump, as the political world gears up for a House vote expected to impeach the president this week.

Senate leaders are now arguing over the format of the subsequent Senate trial. Democratic Minority Leader Chuck Schumer has suggested the Senate should call on several witnesses—such as chief of staff Mick Mulvaney and former National Security Advisor John Bolton—blocked by the White House from testifying to House investigators.

Some Republican senators have already spurned the proposal. However, according to former acting solicitor general Neal Katyal, their basis for doing so is “dumb.”

CNN correspondent Manu Raju reported Monday that Senate Republicans plan to argue that the expected trial is not to be used as a “venue for fact-finding,” which they will say was the job of the House probe.

They will, Raju predicted, use this excuse to block testimony from key figures like Mulvaney and Bolton.

Katyal retweeted a clip of Raju’s report and argued that the Republican strategy merely shows that Trump’s allies are afraid of what new witnesses might reveal.

“The technical legal term to describe this argument is … dumb,” he wrote.

“It would mean prosecutors could never introduce testimony or evidence that wasn’t presented to the grand jury,” Katyal continued.

He also suggested that Majority Leader Mitch McConnell “should just say what is really motivating him, he is scared silly of what the witnesses will say.”

Newsweek has contacted McConnell’s office by email for a response to Katyal’s assertion.

Republican senators have warned that any talk of new witnesses would prompt them to demand testimony from Hunter Biden—son of former Vice President Joe Biden—regarding his work for the Ukrainian energy firm Burisma, Politico reported.

Trump’s impeachment travails all started when he asked the Ukrainian government to investigate debunked accusations of corruption around the Bidens, allegedly offering to release frozen military aid in return.

The House is expected to impeach the president in a vote on Wednesday, which would make Trump only the third president in U.S. history to be sent to trial in the Senate.

Trump continued his breathless attack on the process Monday, writing on Twitter that the Democrats’ impeachment effort is “the greatest con job in the history of American politics.”

He added, “The Fake News Media, and their partner, the Democrat Party, are working overtime to make life for the United Republican Party, and all it stands for, as difficult as possible!”