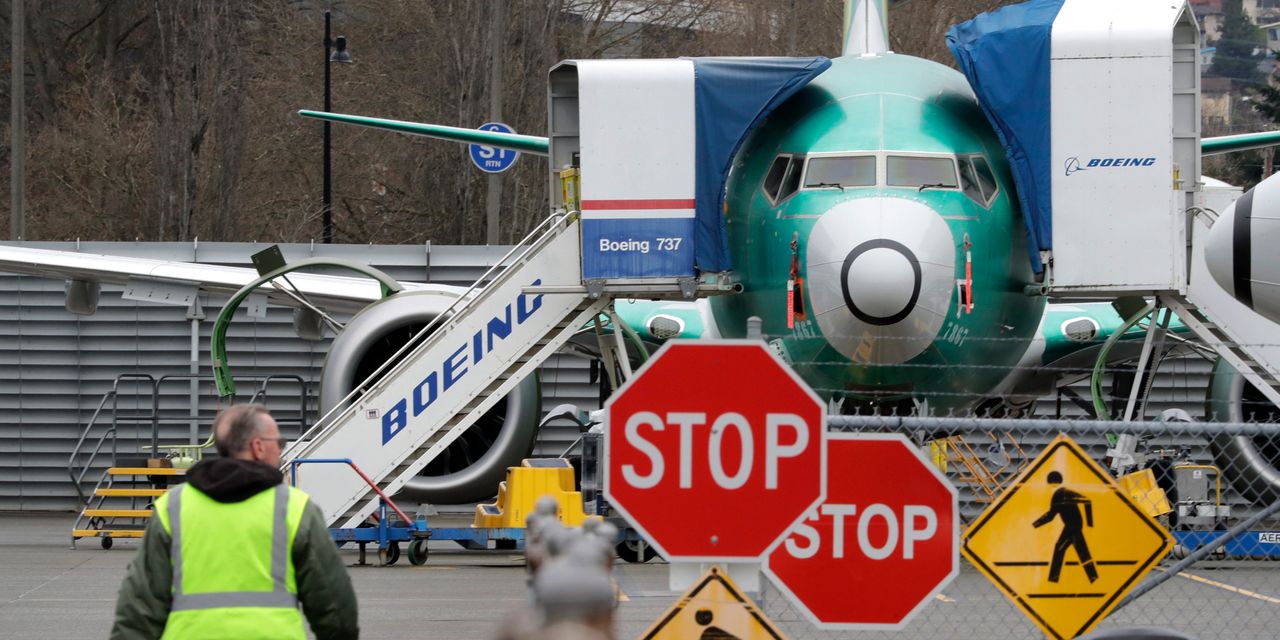 said it would suspend production of its 737 MAX jetliner, in an escalation of the crisis facing the giant plane maker that will ripple through the global aerospace industry.

The company said Monday that it plans to halt production in January, having assembled around 40 planes a month at its plant near Seattle since the MAX was grounded globally in March following two fatal crashes of the aircraft within five months. The two accidents in Indonesia and Ethiopia claimed a combined 346 lives.

Chicago-based Boeing plays a big role in the U.S. economy: It is the largest U.S. manufacturing exporter and one of the nation’s top private employers. And the MAX is its best-selling plane.

Analysts estimate more than 400 MAX planes were undelivered this year.

Monthly production cut to 42 from 47 in April

The plane maker employs around 12,000 workers at its 737 assembly plant in Renton, Wash. Production of the 737 MAX also supports thousands of jobs across a network of over 600 suppliers and hundreds of other smaller firms in the global MAX supply chain.

Boeing said that it planned to reassign its workers and didn’t expect furloughs or layoffs. The company didn’t share details on the expected duration of a production shutdown that will impact suppliers around the world.

“It would be hard to have any other single company stop the production of a single product and have it hit the economy as hard as this would,” said

chief economist at investment-management firm Wilmington Trust. He estimated that stopping MAX production for one quarter would shave 0.3 of a percentage point from quarterly annualized GDP growth.

The MAX grounding has dragged on the U.S. economy this year, denting exports and durable-goods orders, federal figures show.

“It’s not catastrophic, but we don’t need anything more corrosive in manufacturing right now,” said

chief economist at Grant Thornton LLP. “It erodes our ability to grow because it’s such a big-ticket item.”

Boeing is facing a mounting financial squeeze resulting from the buildup of undelivered jets. The production halt could help the plane maker weather that pressure.

The temporary suspension in production will halve the $4.4 billion in cash that Boeing has burned through each quarter by making and storing jets, Jefferies LLC analyst

The plane maker also said it would leave its annual dividend unchanged for the first time in eight years.

Do you think Boeing’s plan to suspend MAX production will help the plane maker resolve its crisis over the aircraft? Join the conversation below.

Boeing had 4,545 MAX orders in backlog as of Nov. 30 and had been building the aircraft at a rate of 42 a month since April, according to the company. Most MAX suppliers had already cut output in line with that rate, which allowed some—such as engine maker CFM International, a joint venture between

—to catch up from production bottlenecks that hobbled deliveries last year.

GE has said it expects the grounding to drain as much as $1.4 billion from its cash flow this year as its factories produce fewer engines for the aircraft and can’t get paid for them in full.

Many suppliers had said they favored Boeing maintaining some production, citing the risk of losing workers in a tight labor market during a halt. They said furloughing staff and stopping machinery would be harder than lowering production, and that restarting assembly lines would be costly.

Boeing said it would focus on delivering the backlog of around 400 finished MAX jets after receiving regulatory approval for the aircraft to return to service.

Airline, government and other industry officials don’t expect that approval to come until February at the earliest.

The planned production halt comes less than a week after U.S. regulators warned Boeing that it had set unrealistic expectations for the plane’s return to service. Through the spring and summer, Boeing and FAA officials suggested the jet could be flying again in November or December. That schedule was undermined by technical challenges, testing delays and complaints by foreign regulators that they weren’t on board with the timeline.

The FAA has also sought recently to highlight its independence, publicly rebuking Boeing’s leaders for attempting to pressure regulators to speed up the vetting process.

Boeing has been assisting suppliers by easing payment terms and extending working capital, companies have said.

Boeing is paying Spirit AeroSystems to produce 52 fuselages a month in a deal set to run through May. Thousands of employees at Spirit took unpaid furlough days over the summer as the manufacturer cut costs because of the MAX grounding.

The grounding has also caused problems for airlines that operate the MAX. Carriers around the world have pared routes, paused expansion and canceled thousands of flights they had planned to operate with the grounded aircraft.

aren’t planning to fly the MAX commercially until March.

has removed the MAX from its schedule until early April.

Southwest last week said it reached an agreement with Boeing to address $830 million in lost operating income resulting from the grounding this year. The airline didn’t disclose the terms of that deal but said it would distribute $125 million to employees.

Southwest’s chief executive, said in an interview last week that the airline and Boeing will have to reach a further agreement on compensation for losses from the grounding next year.

—Andy Pasztor contributed to this article.

Write to Andrew Tangel at Andrew.Tangel@wsj.com, Doug Cameron at doug.cameron@wsj.com and Alison Sider at alison.sider@wsj.com