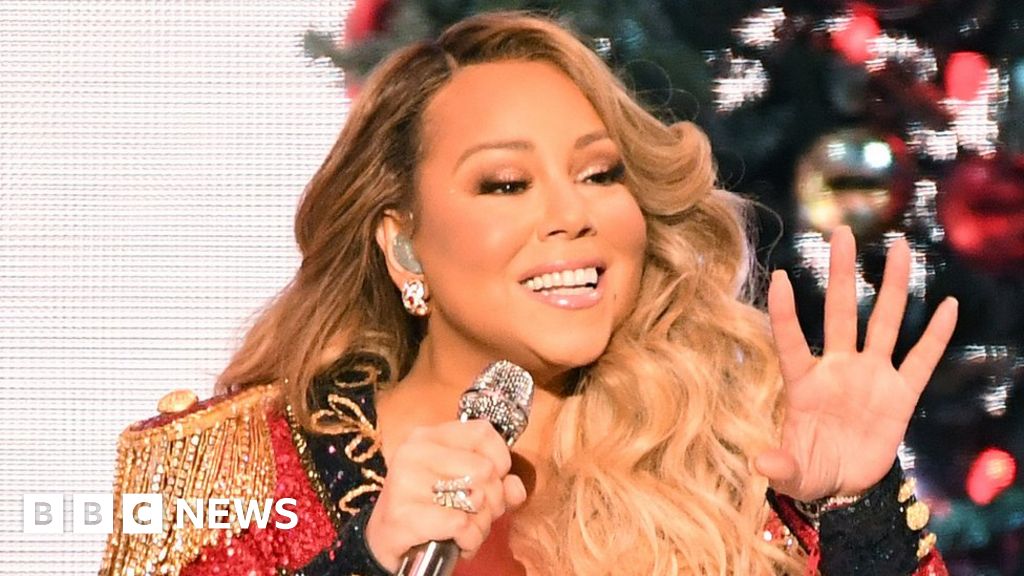 Mariah Carey’s classic festive song All I Want For Christmas is You has finally topped the US charts – 25 years after it was first released.

When the hit song made its debut in 1994 it was as an EP and not a single, meaning it wasn’t allowed to compete in Billboard’s Hot 100.

Rule changes saw the song first enter the chart in 2000 and in recent years it has edged closer to the top spot.

“We did it,” Carey tweeted, with a string of emojis to convey happy tears.

All I Want For Christmas Is You is one of the most familiar tunes at this time of year on both sides of the Atlantic, and is currently the UK’s most-streamed song on Spotify.

The song got a popularity boost in 2003 when it featured prominently in the hit film Love Actually.

For its 25th anniversary Carey promoted the festive earworm even harder than usual, analysts said, with a social media drive beginning just after Halloween.

She also produced a new video and released it as a stand-alone CD single for the first time.

According to Billboard, the song secured 45 million streams, 34 million radio plays and 27,000 digital sales in the past week alone.

It is Carey’s 19th number one hit in the Hot 100 – meaning she beat the record she already held as the most chart-topping solo artist.

Overall she’s second only to The Beatles, who had 20 songs hit the top spot.

In a New York Times interview, Carey said of the number one milestone: “It’s something my die-hard fans think about, and people that are really close to me are talking to me about it literally all year.

“But I don’t need something else to validate the existence of this song. I used to pick it apart whenever I listened to it, but at this point, I feel like I’m finally able to enjoy it.”