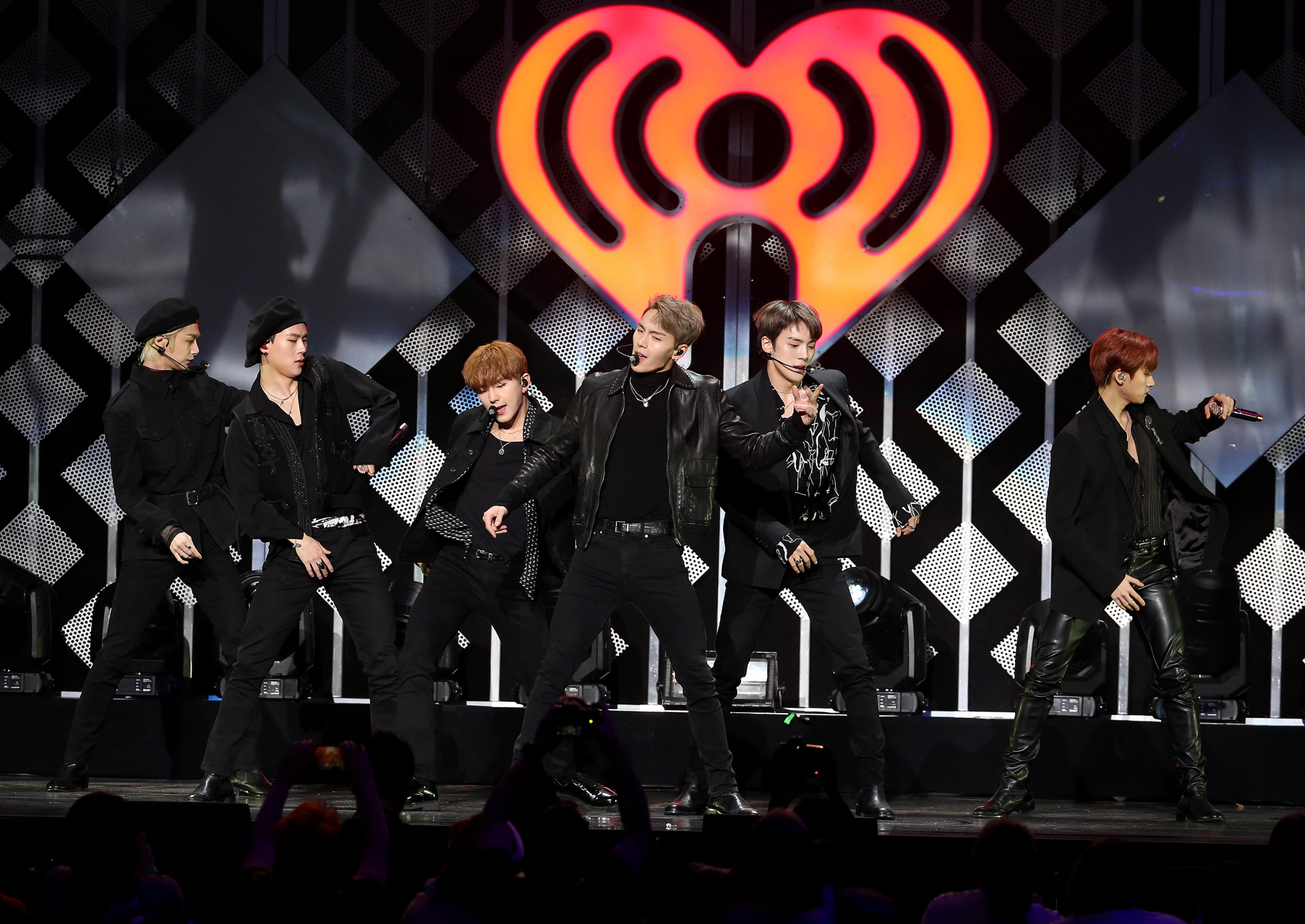 Supporters of K-pop boy band Monsta X and former member Wonho, who had a controversial exit from the group earlier this year, have come to the forefront once again.

Monsta X fans—collectively known as “Monbebe” (which means “my baby” in French)—have rallied their support for the K-pop act on social media following the band’s recent nominations for various music awards.

The fans have been urging each other to vote for the group, who have been nominated for several awards including the Top Music Universe Awards and the Golden Disc Awards with TikTok, as well as for “best song of the year” on Idol Champ, a Korean music television show.

Devoted fans have been posting messages on social media using the hashtag #WinItForWonho, which has been trending on Twitter, along with others including #WinItForWonho and #기적이_만나게_해준_7명 [A miracle has brought the 7 members of the group together].

“Come on Mbbs [Monbebes] we can do this. Streaming just once day will make a huge difference if we all do it together #WinItForWonho @OfficialMonstaX #MONSTAXArtistOfTheDecade,” wrote @marie56755030.

“I hope Wonho is doing okay. I hope he wants what we want too. I hope we are all working hard to be united again and to not let the enemy win. Let’s win it for everyone.

One user felt encouraged to see KBS News, a Korean national television network, use footage of the band that included former member Wonho in a segment covering the group’s recent performance at the Jingle Ball concert for the Z 100 radio station.

Monsta X fans have expressed their continued support for Wonho and outrage over his departure since the singer announced his exit in October, with several claiming he was unfairly dismissed on “rumors without evidence” and many blaming his exit on cyberbullying culture.

The singer’s sudden departure was announced this year in a statement from the group’s management company, Starship Entertainment.

“After a long discussion with MONSTA X’s member Wonho, we have agreed that it’s best to part ways amicably at this point. We greatly respect Wonho’s decision who wants to make sure the recent chain of events doesn’t distract from all of the exciting things that are happening for MONSTA X now and what lies ahead in the future. We will continue to hold legal liability for malicious and distorted claims related to this matter,” the statement read.

Earlier this month, the six-piece band unveiled a new single and music video and announced their upcoming new album All About Luv—the group’s first-ever all English language long-player—will be released on February 14 next year.

The group became the first K-pop group to perform at a major music festival in the U.S. following their performances at the Jingle Bell concert series across America in 2018.