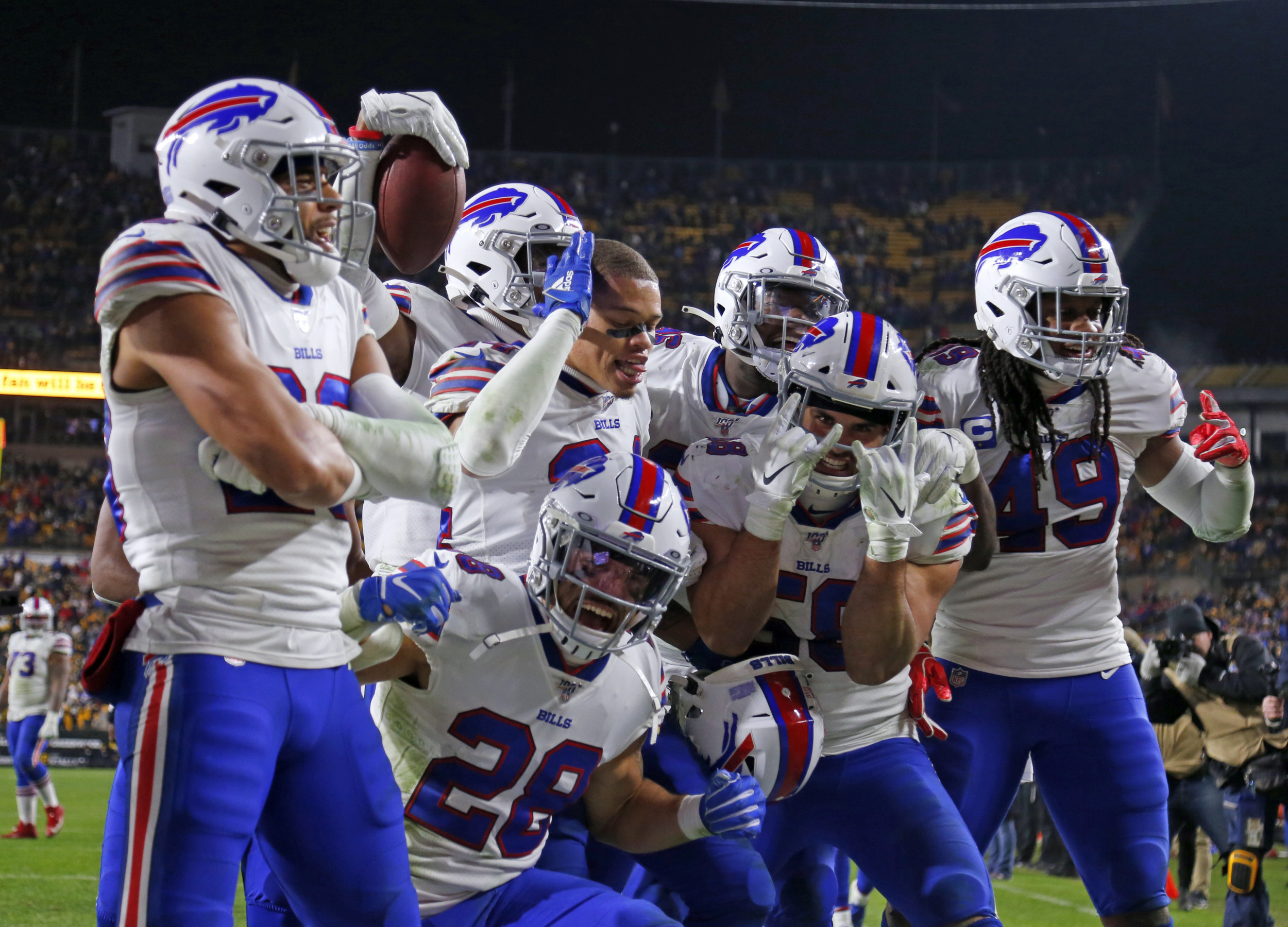 With two weeks left in the NFL regular season, eight teams have clinched a playoff spot and four more berths remain up for grabs.

Five teams booked their place on Sunday, including the San Francisco 49ers and the Green Bay Packers, who returned to the playoff for the first time since 2013 and 2016 respectively.

The New England Patriots secured an 11th consecutive playoff spot, while the Buffalo Bills returned to the postseason for the first time since 2017.

Here’s what the playoff bracket looks like with two weeks of the regular season left.

The Ravens’ 10th straight win improved them to 12-2 and they need one more win to secure the No. 1 seed and home-field advantage throughout the playoffs.

The Patriots snapped a two-game losing streak to clinch an 11th consecutive playoff spot. FiveThirtyEight’s statistical projections give New England a 78 percent chance of securing a first-round bye, which will be all but secured if the Patriots beat the Buffalo Bills on Saturday.

Having secured a fourth consecutive AFC West last week, the Chiefs kept their hopes of snatching one of the top two seeds alive with a win over the Denver Broncos in Week 15.

Kansas City holds the tiebreaker over both the Ravens and the Patriots but needs to win both their remaining games and hope Baltimore loses its final two games or New England drops one game, if it is to force its way into the top two.

The Texans took a major step towards the postseason on Sunday, with a road win over divisional rivals Tennessee Titans.

The win put Houston one game away from clinching the AFC South and could even overtake Kansas City if it wins its two remaining games and the Chiefs lose one of them.

Buffalo holds the first wildcard spot but could even win the AFC East, if it defeats New England on Saturday and the Patriots then lose to Miami in Week 17.

Pittsburgh missed the chance to leapfrog Buffalo in the race for a wildcard spot, but remained in the playoff picture as the Titans also slipped to 8-6 after losing to Houston.

The Steelers have a 43 percent chance of making the playoffs but have no room for error with road games against the Jets and the Ravens coming up.

Seattle was the big winner of Week 15, clinching a playoff spot with a road win against Carolina and taking control of the NFC East for the second time in the space of a few weeks after San Francisco’s shock loss to Atlanta.

The Seahawks can clinch a divisional title if they win out—including a Week 17 matchup against the 49ers—but the No. 1 seed may be harder to reach, as the New Orleans Saints hold the tiebreaker over Seattle.

The Packers secured a return to the playoffs for the first time since 2016 with a win against Chicago and can win the NFC North if they defeat the Vikings in Minneapolis next week—or if they beat the Lions in Week 17.

FiveThirtyEight gives Green Bay a 48 percent chance of a first-round bye, which would require the Saints losing two of their remaining three games.

A win over the Indianapolis Colts on Monday Night Football would draw the Saints level with the Packers and the Seahawks.

New Orleans holds the tiebreaker over Seattle, but its conference record would penalize it in a three-way tie. The Saints have a 52 percent of finishing in the top two, but need the Packers to lose at least once.

With their back firmly against the wall, the Cowboys responded emphatically and thrashed the Los Angeles Rams 44-21 on Sunday.

The win kept the Cowboys top of the NFC East and they can clinch a playoff spot with a win in Philadelphia next week. Should Dallas lose to the Eagles, it can still win the division as long as it defeats Washington in Week 17.

The 49ers booked a postseason berth after the Rams lost in Dallas, but their unexpected home defeat against Atlanta dropped them into fifth spot in the NFC.

San Francisco can still win the division if it wins its two remaining games, including a NFC West decider in Seattle in Week 17.

The Vikings took another step towards they playoffs with a win over the Los Angeles Chargers and are still in with a shot of winning the NFC North.

To do that, however, Minnesota has to beat the Packers next week and Chicago in Week 17, while hoping Green Bay loses to Detroit in the final week of the regular season.